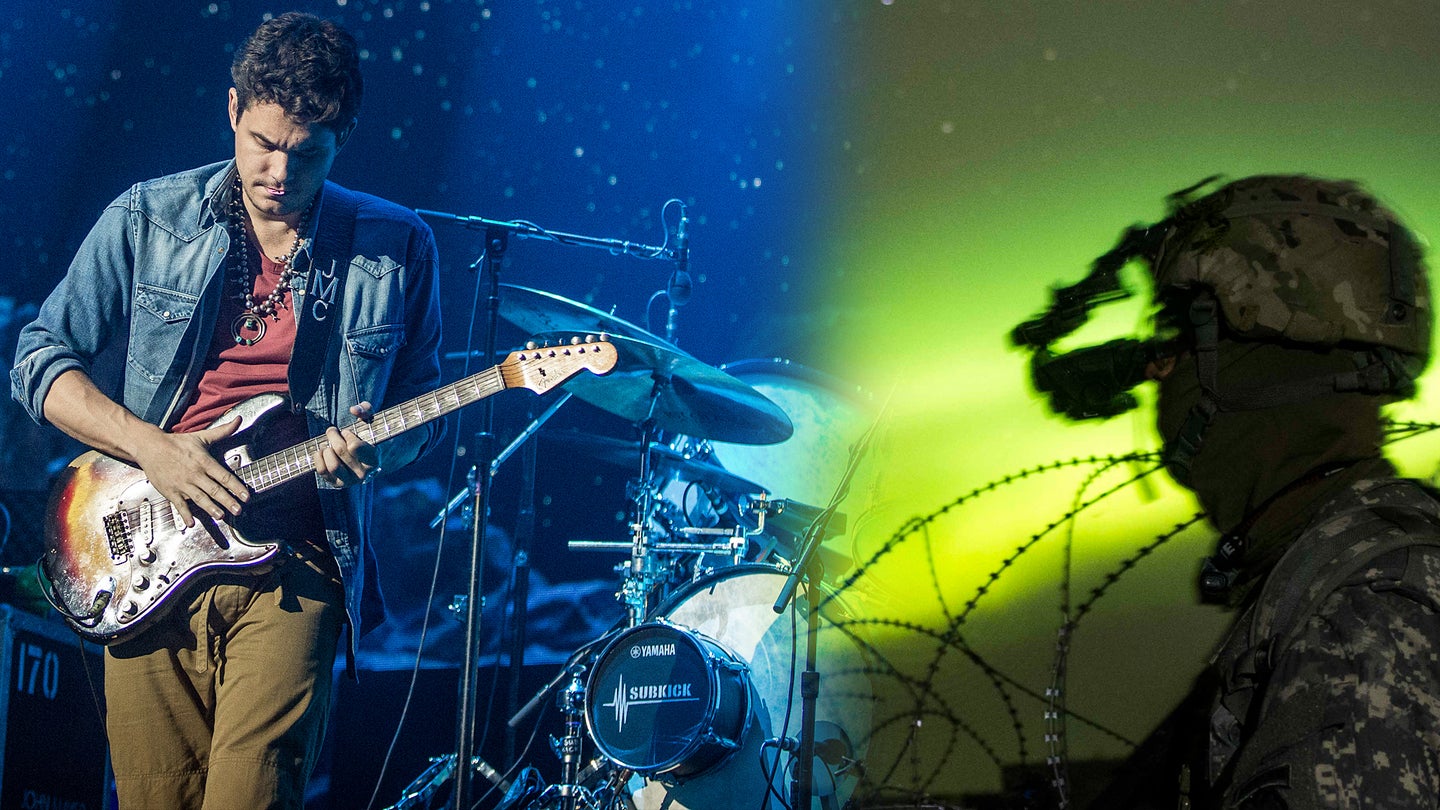 We didn’t expect to see John Mayer mentioned in an alleged arms export scheme, but we’re going to say what we need to say about it.

The Connecticut-born guitarist was not involved, but John Mayer’s name was used at least seven times in recent years to send thermal scopes, night vision goggles, and other military equipment to Moscow, according to an indictment made public by the Justice Department on Monday.

Five people have been charged in a plot to send export-controlled military gear to Russia without a license over a four-year period, according to the Justice Department. Officials described the scheme as a sort of game of telephone involving the movement of the devices: Boris Polosin, 45, of Russia allegedly instructed Vladimir Gohman, 52, of Israel to purchase thermal scopes, night vision goggles, and weapon sights and then have them shipped to co-conspirators in the United States. They were then allegedly packaged and sent on to Moscow.

Elena Shifrin, 59, and Vladimir Pridacha, 55, both of Illinois, were arrested on June 17 for their role in purchasing “dozens of thermal imaging devices” costing between $5,000 and $10,000 from sellers across the United States, according to the Justice Department. A fifth defendant, Igor Panchernikov, 39, an Israeli national who lived in Corona, California during the alleged scam, was also named in the indictment.

“The defendants allegedly obtained many of the items using aliases, falsely assuring the sellers that they would not export the items from the United States,” a Justice Department news release said. “The thermal imaging devices were then exported to co-conspirators in Russia using aliases and false addresses to conceal their activities.”

According to the 36-page indictment, the five-person band formed in December 2016 and operated until about October 2020. On Dec. 9, 2016, Gohman allegedly made the first purchase of a $9,000 thermal rifle scope made by Trijicon that was sent to Shifrin. Then in January 2017, Gohman allegedly purchased a BAE Systems thermal monocular called the OASYS UTM X and had it shipped to Panchernikov. Dozens more purchases and shipments would follow, according to prosecutors, including a November 2017 purchase on eBay that shows how easy such items are to buy.

After Gohman allegedly paid $3,700 for a thermal rifle scope on the auction site and asked it be sent to California, the seller emailed, “This is an ITAR item and must stay in the US,” to which Gohman allegedly replied, “Sure stay in US.”

The name of John Mayer was first used for packages sent on Jan. 5, 2018, according to the indictment. That day, Gohman allegedly emailed Shifrin instructions to ship three packages to Moscow, two of which contained Mayer’s name as the sender with the contents listed as “Manual tool Pacific” and “Celestron telescope and spare parts.”

Mayer’s name was used again on Feb. 24, 2018 to send a package to Russia with the contents listed as “kitchen accessories,” the indictment said. Another package was sent with that description along with “women clothes, women shoes.” The following month, another package from “John Mayer” landed in Moscow bearing descriptions of “Porter Cable 6 Tool.”

But even as the real John Mayer can attest, the packages contained no such thing.

The use of Mayer’s name ended in March 2018 but the alleged scam went on for an additional two years. The crew sent an average of two to three packages each month containing items such as the ANVIS10 panoramic night vision goggles similar to those worn by SEAL Team 6 operators during the 2011 Bin Laden raid, the PVS-31A binocular night vision device being fielded in the Marine Corps, and the AN/PAS-13G thermal weapon sight from L3 that gives “soldiers the ability to spot and engage a well-camouflaged enemy night or day through duty, smoke, or fog,” according to the U.S. Army. The last package allegedly sent on August 1, 2020 contained a Trijicon REAP-IR 60mm mini thermal rifle scope worth about $10,000 but was said to contain a tool combo kit.

All five defendants are charged with conspiracy to violate the U.S. Arms Export Control Act and face up to 20 years in federal prison, according to the Justice Department.

You can view the full indictment below: