‘It was like time stood still’ — 77 years after his death, a WWII soldier finally comes home

A Wisconsin National Guard soldier who was killed in 1942 has finally been buried in Wisconsin by his family. 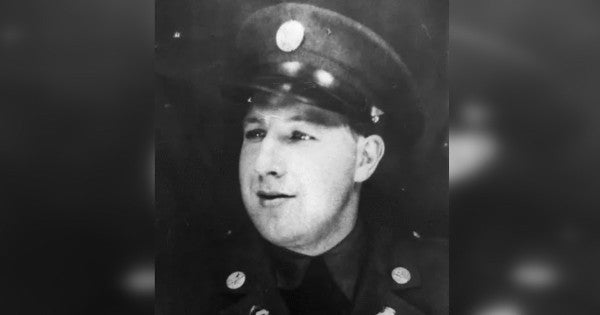 More than 75 years after his death in New Guinea, a Wisconsin National Guard soldier was finally laid to rest by his family on Sunday.

He first enlisted in the Wisconsin National Guard after graduating high school, working as a cook with the Sheboygan's Service Battery, 120th Field Artillery, 32nd ID.

He was discharged in November 1941 “due to family hardship,” according to the Army, but rejoined the 32nd after the U.S. declared war on Japan. He deployed to Australia in July 1942 as a technician 5th grade with C Company.

He was killed on Dec. 2, 1942 during the Battle of Buna. According to the press release, Bainbridge's remains “were hastily buried on the battlefield” and were designated “Unknown X-135” when he was reinterred at the Manila American Cemetery in the Philippines in 1947.

In February 2017, his remains were exhumed and then sent to the Defense POW/MIA Accounting Agency where they were identified.

He was buried on Sept. 29 at Monona's Roselawn Memorial Park in Wisconsin, the same cemetery as his sister.

“It was like time stood still for one second as 77 years of waiting, hoping and wondering came to a glorious halt,” his niece Nancy Cunningham said of his burial, according to the press release.