A federal court has ruled that the Department of Veterans Affairs wrongly denied reimbursements to veterans who received emergency medical care at non-VA facilities, a decision that could result in payouts to veterans totaling billions 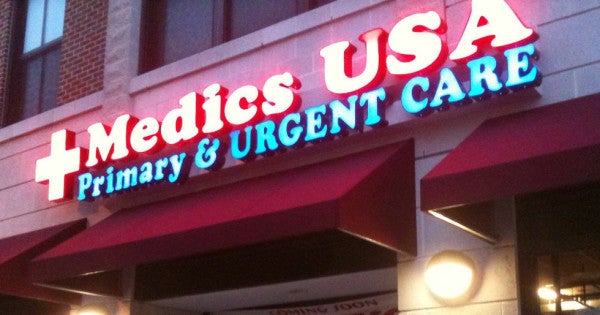 A federal court has ruled that the Department of Veterans Affairs wrongly denied reimbursements to veterans who received emergency medical care at non-VA facilities, a decision that could result in payouts to veterans totaling billions.

U.S. Court of Appeals for Veterans Claims judges wrote Monday that VA's reimbursement regulations, which were instituted in 2018, violated a law that requires VA to approve veterans' claims for emergency room expenses not covered by private insurance.

The case, Wolfe v. Wilkie, marked the second time VA has been overruled on its interpretation of its reimbursement policies. In 2015, the court ruled that a previous version of the VA regulation on emergency claims violated a 2010 law.

According to the appeals court judges, the 2015 ruling was intended to require VA to act as a secondary payer for expenses not covered by an individual's primary private health insurance.

But VA has not been doing that, they said in the Wolfe v. Wilkie decision.

“VA was … informing veterans that they were not entitled to reimbursement for non-VA emergency medical care if they had any insurance covering the service at issue,” wrote the judges. “In other words, the agency was telling veterans that the law was exactly opposite to what a federal court had held the law to be.”

For conditions not considered service-connected, VA can also pay for emergency medical care, but only under certain conditions: care must be provided in a hospital emergency department; care must be given to treat life or health-threatening conditions; the required care must not be available to the veteran at a VA; the veteran must have received care at a VA facility within the past two years.

By law, VA cannot provide coverage for copayments, coinsurance or deductibles, according to its own fact sheet on emergency medical care.

It was for those reasons that VA denied reimbursement to Coast Guard veteran Amanda Wolfe, who experienced appendicitis in September 2016 and sought care at a civilian hospital, since the VA facility was more than three hours away.

She paid the bill in fall 2016 as it went to collections. And in February 2018, VA denied the claim, saying the $2,558.54 was for copayments, deductibles and coinsurance.

Similarly, another plaintiff in the case, Navy veteran Peter Boerschinger, went to a non-VA emergency room with pneumonia and congestive heart failure. While he was hospitalized, physicians made several attempts to transfer him to a VA facility, but no beds were available.

He submitted a claim for $1,340 that was not covered by his health insurance and was denied.

Two of the three judges on the Court of Appeals for Veterans Claims said VA's interpretation of the law was incorrect, and they ordered VA to reimburse veterans for all past and future out-of-pocket emergency medical bills not covered by private insurance, other than copayments.

“It's difficult to conceive how an agency could believe that adopting a regulation that mimics the result a federal court held to be unlawful is somehow appropriate when the statute at issue has not changed,” the judges wrote.

The National Veterans Legal Services Program and Sidley Austin LLP represented the plaintiffs in the case, which the judges ruled a class action, meaning any affected veteran must be reimbursed.

According to NVLSP, the decision could cost the VA between $1.8 billion and $6.5 billion in reimbursements for claims filed from 2016 through 2025.

“The court's decision rights a terrible injustice and its order ensures that veterans who were unjustly denied reimbursement for critical emergency treatment at non-VA facilities will finally be reimbursed,” NVLSP Executive Director Bart Stichman said in a statement.

The VA has been aware of its claims reimbursement problems since at least 2017, when then-Rep. Tim Walz, D-Minnesota, asked the VA to investigate an allegation that the department was more interested in processing claims quickly rather than accurately.

“The audit found that the [VA's] Claims Adjudication and Reimbursement Directorate placed more emphasis on the number of claims processed than the accuracy of the claims decisions,” the VA OIG wrote.

VA spokeswoman Susan Carter said the department is aware of the decision “and reviewing it.”

In the Wolfe v. Wilkie decision, Judge Joseph Falvey dissented from the majority on procedural issues, writing that he disagreed with his colleagues because Wolfe's case remains under appeal with the VA, and did not believe the appellate court should weigh in while she is exhausting the claims process.

“[Wolfe] doesn't want us to remove an obstacle. Instead, she wants to skip the appeals process entirely and bring her regulatory challenge directly to the court,” Falvey wrote.