The Supreme Court on Monday denied a petition to hear a wrongful death case involving the controversial Feres Doctrine; a major blow to advocates seeking to undo the 69-year-old legal rule. 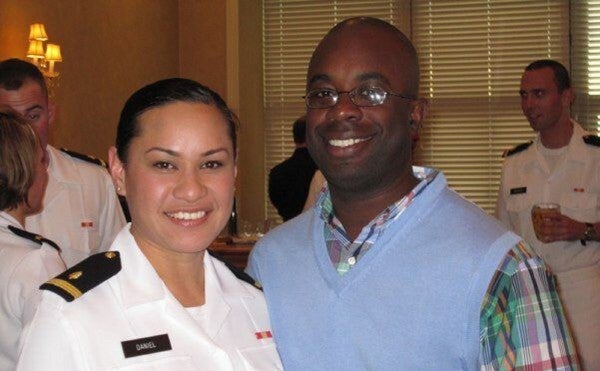 The Supreme Court on Monday denied a petition to hear a wrongful death case involving the controversial Feres Doctrine — a major blow to advocates seeking to undo the 69-year-old legal rule that bars U.S. service members and their families from suing the government for injury or death deemed to have been brought on by military service.

The petition was brought by Walter Daniel, the widower of Navy Lt. Rebekah “Moani” Daniel, who died during labor on March 9, 2014. A Navy nurse stationed at Naval Hospital Bremerton in Washington, Rebekah gave birth to her daughter Victoria at the facility where she worked before dying from blood loss less than four hours later, as Task & Purpose previously reported.

In court documents, Daniel and his attorneys alleged that the care team failed to prevent postpartum hemorrhaging, which caused Rebekah to lose “more than 1,500 ml of blood — nearly one-third of the amount of blood in the average human body,” according to an Oct. 11, 2018 statement put out by the Luvera Law Firm representing Daniel.

“Sadly, the justice system remains closed to our family, our colleagues and the families who commit their lives to military service,” Daniel said in an email statement to Task & Purpose.

Established in 1950 in Feres vs. United States — a case involving the Federal Tort Claims Act that allows citizens to sue the government — the Supreme Court ruled that the federal government could not be held liable “for injuries to members of the armed forces arising from activities incident to military service.”

In the decades since that decision, Feres has been broadly applied to cases far outside the battlefield, from military sexual assault to training incidents, to allegations of command negligence, and military medical malpractice.

The Feres Doctrine is a Supreme Court precedent, and as such it can only be changed in two ways: through Congress, in the form of legislation amending the Federal Tort Claims Act (recently a bipartisan bill was introduced to do just that); or by overturning the initial Supreme Court decision, which Daniel and his attorneys aimed to do with their case.

Because of the Feres Doctrine, Daniel was left with little legal recourse after his wife's death; his only chance to move his lawsuit forward rested in the nation's highest court. In 2015, he took the first in a series of lengthy legal steps to get there by filing a wrongful death claim, but the case was immediately dismissed.

Next, Daniel's case went before the 9th Circuit Court of Appeals, and though the ruling was upheld, the judge offered a strongly-worded critique of the Feres Doctrine.

“Lieutenant Daniel served honorably and well, ironically professionally trained to render the same type of care that led to her death,” wrote Michael Daly Hawkins, the judge who presided over the case. “If ever there were a case to carve out an exception to the Feres doctrine, this is it. But only the Supreme Court has the tools to do so.”

In October 2018, Daniel and his attorneys submitted a petition to the Supreme Court to have their case heard in the hopes of challenging, and potentially overturning Feres. The last time a Feres doctrine petition went before the Supreme Court was in 2016, as Patricia Kime reported for Military.com. Those hopes to have Daniel's case overturn the legal rule in the nation's highest court were dashed with the May 20 announcement that the petition was denied.

“The United States Supreme Court missed a clear opportunity to reexamine Feres, especially considering the sea change that has occurred since the court last addressed its bearing on medical malpractice cases seven decades ago,” Andy Hoyal, one of Daniel's attorneys said in an emailed statement to Task & Purpose.

“The legal underpinnings supporting this doctrine have eroded and shifted,” he added. “The mission and nature of the Military Health System itself has been completely transformed. Our military personnel live and serve in a completely different world than when Feres was adopted, and it's tragic that their legal rights have failed to keep pace.”

In the Supreme Court decision, Justices Ruth Bader Ginsburg and Clarence Thomas noted that they would have heard the case, and Thomas submitted a dissenting opinion on the Court's decision to refuse the petition.

“I write again to point out the unintended consequences of this Court's refusal to revisit Feres,” Thomas wrote. “Such unfortunate repercussions — denial of relief to military personnel and distortions of other areas of law to compensate — will continue to ripple through our jurisprudence as long as the Court refuses to reconsider Feres.”

The controversy around the Feres Doctrine stems from what many consider a double standard: one set of rules for civilians, and another for service members. For example, if a military dependent and a service member went to the same on-base hospital, got the same care for the same ailments, and the same mistakes were made in each case, the law would treat them quite differently. The civilian could sue, and the service member could not.

“Our case and our fight is over — but it continues for other service members,” Daniel said in a statement. “Moani's story has generated a groundswell of momentum to correct the injustice of Feres, and now this issue is going all the way to Capitol Hill. I support the efforts of legislators, military and veterans' organizations, and others who are committed to revising our laws to give service members the rights they deserve.”