A military widower filed a petition Thursday with the U.S. Supreme Court challenging the long-standing doctrine that bars service members... 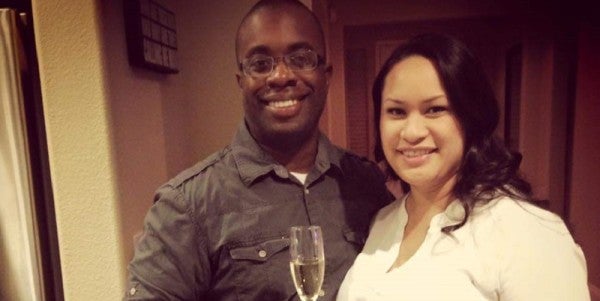 A military widower filed a petition Thursday with the U.S. Supreme Court challenging the long-standing doctrine that bars service members and their families from suing the federal government for injuries or death that occur while in the line of duty.

If heard by the court, the case challenging the so-called Feres Doctrine would have broad implications for other military members, who are prohibited from taking legal action — to include for medical errors and sexual violence — even when they are not necessarily related to what happens on a battlefield.

On March 9, 2014, Walter Daniel's wife, Lt. Rebekah Daniel, a Navy nurse stationed at Naval Hospital Bremerton in Washington, gave birth to a healthy baby girl at the facility where she worked. Four hours after the low-risk childbirth, she died due to blood loss.

In court documents, Daniel alleged the care team failed to prevent postpartum hemorrhaging, which caused Rebekah to lose “more than 1,500 ml of blood – nearly one-third of the amount of blood in the average human body” according to a statement put out by the Luvera Law Firm.

Because of the 1950 legal ruling, her widower was left with little legal recourse to sue for malpractice, but he aims to change that in the nation's highest court.

Daniel first filed a wrongful death case against the United States in 2015 — a legal step taken to uncover what decisions may have contributed to Rebekah Daniel’s death — but the case was immediately dismissed due to the Feres Doctrine, according to the statement.

Next, Daniel’s case was brought before the 9th Circuit Court of Appeals, and though the ruling was upheld, the judge offered up a critique of the doctrine for not having an exemption for something like medical malpractice.

“Lieutenant Daniel served honorably and well, ironically professionally trained to render the same type of care that led to her death,” wrote Michael Daly Hawkins, the judge who presided over the case. “If ever there were a case to carve out an exception to the Feres doctrine, this is it. But only the Supreme Court has the tools to do so.”

Established in 1950 during a Federal Tort Claims Act case, the Feres Doctrine prohibits lawsuits against the military when the harm caused was found to be “incident to military service,” or in laymen's terms: a direct cause of one's service. Over the years, this has been interpreted to include malpractice cases involving a service member who receives care at a military medical facility.

Hawkins’ comments, however, may indicate why this case in particular has a better chance in the nation’s highest court, according to Daniel’s attorney.

“We hoped that the panel would use its opinion to invite further consideration by higher courts, and it certainly did,” Andrew Hoyal of Luvera Law Firm said in a statement. “It is rare for a court to describe its own case law as defying ‘reconciliation,’ or to expressly voice its dissatisfaction with the result it reached.”

The Feres Doctrine has repeatedly come under fire from veterans advocates, lawmakers, and even the late Supreme Court Justice Antonin Scalia, who wrote in 1987 that “Feres was wrongly decided and heartily deserves the widespread, almost universal criticism it has received.”

A sticking point for critics of the Feres Doctrine is that victims of military malpractice are left with few legal options, unlike their civilian peers.

“If Rebekah had given birth at a civilian hospital, her family would have legal rights,” Hoyal said. “If a civilian wife of a service member had died after giving birth at Naval Hospital Bremerton, her family could bring a claim against the government for the same types of treatment and negligent acts which occurred in the present case.”

A military veteran who served 18 years in the Coast Guard, Daniel said he sees the Supreme Court filing as a chance to see the Feres Doctrine changed.