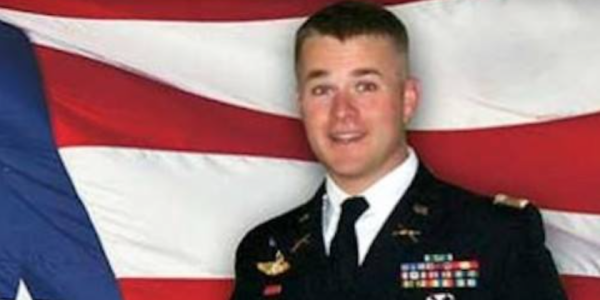 The highly publicized campaign to exonerate Clint Lorance — an ex-Army officer serving a 19-year prison sentence at Fort Leavenworth, Kansas, for his role in the slayings of two unarmed Afghans in 2012 — suffered a major setback in late June when the Army Court of Criminal Appeals upheld the former lieutenant’s guilty verdict and denied a petition for a new trial, court documents show. But the fight to free Lorance isn’t over yet.

In 2013, a court-martial jury found Lorance, a 32-year-old Oklahoma native, guilty of two counts of second-degree murder and other related charges after nine members of the platoon he’d led in Afghanistan testified against him at his trial. Those soldiers, none of whom were prosecuted, painted Lorance as an overzealous leader who arrived in Afghanistan’s Kandahar Province eager to get his hands bloody. He was on the ground with his platoon for a total of three days before he ordered his subordinates to fire on a motorcycle carrying three Afghan males. Only one survived.

Lorance’s case was forwarded to the Army Court of Criminal Appeals in early 2015, after Maj. Gen. Richard Clarke, then the commander of the 82nd Airborne Division, reduced his original prison sentence of 20 years but didn’t overturn the guilty verdict. In the years that followed, efforts to draw attention to the case have succeeded, raising hopes among Lorance’s supporters that he’d be exonerated, either by the Court of Criminal Appeals or via a presidential pardon.

That optimism seems to have been bolstered by the election of President Donald Trump, to whom Lorance wrote a letter in February 2017. In the letter, Lorance framed himself as a casualty of the “political correctness” culture Trump has long railed against, writing: “Sir, American troops are natural winners; we don’t like to lose. We’re not good at it. But we will lose if we don’t stop this virus of political correctness that has spread through the ranks.”

Lorance appears to have embraced his role as a cause celebre for critics of the Obama Administration. His cadre of vocal supporters — which includes retired Army lieutenant colonel and former congressman Allen West, Marine veteran and Republican Rep. Duncan Hunter of California and Sean Hannity of Fox News — argue that Lorance is the victim of a miscarriage of justice, an all-American hero punished by peace-loving liberals for doing what he believed was necessary to bring his men home alive.

In 2015, more than 124,000 people signed a petition to the Obama White House demanding a pardon for Lorance. Obama, who granted clemency to more than 1,700 people — including Chelsea Manning — during his time in office, declined to intervene on Lorance’s behalf.

However, among many of the men who served with Lorance in Afghanistan, neither politics nor the fog of war have any real bearing on the lieutenant’s case. As one Army staff sergeant told The New York Times, Lorance’s actions amounted to “straight murder.”

So far, the courts agree. “The trial strategy adopted by the defense, with the endorsement of the appellant, was that these were combat related shootings and not murders,” reads an Army Court of Criminal Appeals memorandum dated June 27, 2017. “To that end, the defense team completely pursued this theory at every stage of the proceedings.”

A former enlisted soldier and Iraq War veteran, Lorance was freshly commissioned when he replaced a lieutenant who’d been wounded in a bombing as the leader of a platoon of 82nd Airborne paratroopers in Kandahar’s volatile Zharay district. Both Lorance’s critics and supporters agree that he was deeply suspicious of the local population and saw the civilians who inhabited the villages near his platoon’s remote outpost as a threat.

Whether Lorance was justified in addressing that perceived threat with violence is the question at the heart of his case. “This isn’t a soldier that went to war and gone done wrong,” a former team leader in Lorance’s platoon told Army Times in 2015. “This is a soldier that had a taste for blood and wanted to have that fulfilled. And he did, but in the wrong way.”

On July 2, 2012, Lorance was leading his platoon on a routine patrol when the soldiers spotted a motorcycle mounted by a trio of Afghans approximately 200 meters from their position. Testimonies given by Lorance’s soldiers in court placed the motorcycle on the other side of a grape field, while Lorance’s supporters — none of whom witnessed the incident — say the bike was bearing down on the platoon.

“Without a doubt, these men posed a threat to Clint’s platoon,” Allen West, who himself left the service after admitting he’d “menaced” Iraqi detainees, wrote earlier this year in demanding a presidential pardon for Lorance. “And as the commanding officer, Clint knew he was responsible for getting every single one of his soldiers back to base alive.”

According to the soldiers’ version of what happened next, Lorance told one of his subordinates, Pfc. James Skelton, to fire on the motorcycle. Skelton shot and missed. So Lorance radioed a nearby truck and ordered its gunner to shoot. The gunner, Pvt. David Shilo, complied, and two of the three Afghans on the bike fell, while the third fled. When Shilo then radioed back to report that a young boy was attempting to retrieve the bodies, Lorance reportedly told him to shoot again. Shilo refused.

Skelton testified during the trial that he wouldn’t have fired on the motorcycle on his own, saying that “there was no reason to shoot at that moment in time that presented a clear, definitive hostile intent and hostile act.” Skelton also claimed, as did other members of the platoon, that on the morning of the patrol Lorance had falsely informed his soldiers that the rules of engagement, or ROE, had changed to allow them to fire on any motorcycle they saw. Motorcycles were often used by insurgents in Afghanistan as vehicles for suicide bombs, and to move militants around the battlefield; however, the ROE were never changed to make motorcycles, also a popular mode of civilian transportation, fair game.

No weapons were found on the two dead Afghans, and Lorance was accused of preventing his subordinates from conducting a proper battle damage assessment. In addition to the two counts of second-degree murder, Lorance was also convicted of attempted murder, wrongfully communicating a threat, reckless endangerment, soliciting a false statement, and obstructing justice, according to court documents.

Some of the paratroopers who served under Lorance in 2012 later said in interviews and testimony that he had made clear from day one that he favored a take-no-prisoners approach to counterinsurgency. “One of the first things he said to us was, we are going in to go Gestapo-style with night raids, pull people out of house, make them afraid of us,” one, a staff sergeant who’d served three tours in Afghanistan, told The New York Times.

Reports of Lorance’s abusive behavior seem to have also factored prominently into the Army Court of Criminal Appeals’ decision to uphold the guilty verdict. In its memo, the court cited a June 2012 incident in which Lorance was leading his platoon to a friendly entry control point and encountered “an Afghan with a young child.” The villager asked if he could move some concertina wire on the adjacent road “that was impeding his ability to work on his farm,” the memo read. “Appellant told the villager that if he touched the concertina wire, he and his family would be killed.”

Lorance’s defense team hewed closely to the narrative advanced by his supporters during the trial, which hinges on the idea that the men on the motorcycle posed a legitimate threat to Lorance and his men. Essential to their argument is evidence they say links the victims to insurgent bomb makers — specifically, that DNA found on the men on the motorcycle was also found on detonated IEDs and “explosive devices that had terrorized the unit,” Stars and Stripes reports. That evidence was not revealed to the defense before the trial, providing Lorance’s lawyers grounds for an appeal. “If the entire evidence had been turned over, this case would be decided different,” John Maher, an Army reservist and Lorance’s lawyer, told The New York Times in 2015.

The appellate military judges did not buy the defense team’s assertion. “The fact that the surviving victim was linked to hostile action against U.S. forces only after his compatriots were killed illustrates that appellant’s actions directly resulted in a significant adverse impact on the mission of the command,” the memo states, adding that “after the village elder was killed in this incident, the area became so kinetic that U.S. forces withdrew from there altogether.”

Perhaps most importantly, the memo states, Lorance “was not aware of any of this information at the time he ordered his soldiers to engage.”

An appellant typically has 30 days to ask the Army Court of Appeals to reconsider its decision, and 60 days to appeal to the U.S. Court of Appeals for the Armed Forces in Washington D.C., which is the superior court, a source familiar with the process told Task & Purpose. A further option — usually the option of last resort — is to appeal to the Supreme Court; however, such appeals are rarely granted.

But Lorance and his supporters have made it clear that the fight for his exoneration will continue. In an email to Task & Purpose, Maher said the defense team plans to file with the Court of Appeals for the Armed Forces, and that appeal will argue many of the same points presented to the Army Court of Appeals, which Maher enumerated in an attached memo of his own.

The memo reiterates that Lorance never fired his own weapon, didn’t see the Afghans on the motorcycle, and thus “relied on PFC Skelton’s threat assessment” before ordering “his gun truck, which was in a support by fire over-watch position, to engage the threat.” The defense also argues that, immediately following the incident, Lorance was segregated from the rest of his platoon, and the “paratroopers were given immunity and ordered to testify against” him.

And of course, there’s the biometric evidence “showing that the EKIA’s DNA was found on road-side bombs,” which was never disclosed in court. “ROE compliance plus positive ID that the EKIA are the enemy proves a justified killing and not murder,” the memo reads.

“To all of you, to Lieutenant Colonel John Maher and my legal defense team who work night and day for my freedom, and to the wonderful folks at United American patriots for making it all happen, thank you,” Lorance wrote in a letter dated July 2, 2012, that was posted to the Free Clint Lorance Facebook page. “You have taught me many things over the years, chief among them is that we are all in this beautiful disaster we call life together. And together, we will win this fight.”