Former Army 1st Lt. Clint Lorance, who was pardoned on Nov. 15., says he was betrayed by his superiors 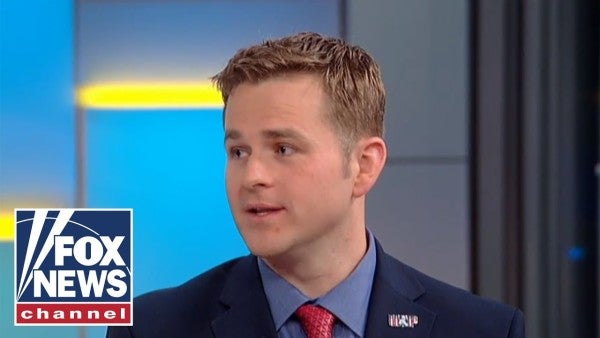 Former Army 1st Lt. Clint Lorance, whom President Donald Trump recently pardoned of his 2013 murder conviction, claims he was nothing more than a pawn whom generals sacrificed for political expediency.

The infantry officer had been sentenced to 19 years in prison for ordering his soldiers to open fire on three unarmed Afghan men in 2012. Two of the men were killed.

During a Monday interview on Fox & Friends, Lorance accused his superiors of betraying him.

“A service member who knows that their commanders love them will go to the gates of hell for their country and knock them down,” Lorance said. “I think that's extremely important. Anybody who is not part of the senior Pentagon brass will tell you the same thing.”

“I think folks that start putting stars on their collar — anybody that has got to be confirmed by the Senate for a promotion — they are no longer a soldier, they are a politician,” he continued. “And so I think they lose some of their values — and they certainly lose a lot of their respect from their subordinates — when they do what they did to me, which was throw me under the bus.”

On July 2, 2012, three Afghan men riding on a motorcycle approached a patrol that Lorance was leading. Lorance initially ordered one of his soldiers to open fire at them. Afterward, the three men got off their motorcycle and started walking toward Afghan troops who were part of the patrol, but they were waved back.

Lorance then got into a heated exchange with a soldier in a nearby vehicle, whom he ordered to shoot the three Afghan men. A staff sergeant repeatedly told the soldier to ignore Lorance's order, but the soldier eventually opened fire with his M240 machine gun.

Nine members of Lorance's platoon testified against him at the court-martial. But his attorney Don Brown said several of the witnesses had been granted legal immunity and were ordered to testify against Lorance for the prosecution. Few of the soldiers had actually seen what happened.

On Nov. 15, the White House announced that Trump had pardoned Lorance and ordered him to be released from the United States Disciplinary Barracks at Fort Leavenworth, Kansas.

When asked about Lorance's comments on Fox & Friends, former Marine Corps Commandant Gen. Charles Krulak said it is unfair to claim that generals become political tools as soon as they are confirmed by the Senate.

“At the end of the day, nine of his fellow soldiers were the ones who said: Hey, this is wrong,” Krulak told Task & Purpose on Monday. “Just think: If we had nine soldiers at My Lai saying to [Lt. William L. Calley Jr.], 'Stop it;' or to [Capt. Ernest Medina], 'Stop it; this is wrong;' we wouldn't have suffered a black eye for not just the Army but for all those who were fighting in Vietnam.”

“What do those nine people feel like now?” he added. “Their act was one of great moral courage and has now been minimized.”

Krulak — a combat veteran who has received the Silver Star, three Bronze Stars, and two Purple Hearts and is also the son of legendary Lt. Gen. Victor “Brute” Krulak — voiced concern in May that the United States would “relinquish the United States' moral high ground” if Trump pardoned service members who had been convicted at court-martial.

While the president has the right to pardon service members like Lorance, doing so could undermine trust in the military's ability to hold service members who break the law accountable, he said.

“I think we really need to be very careful about pardoning people who have already gone through the legal wickets,” Krulak said. “When you then disregard the secretary of defense and the chairman of the Joint Chiefs of Staff and his recommendation plus the staff judge advocate's, you'd better have a real good case for doing that. I'm not sure that the case in this instance was strong enough.”