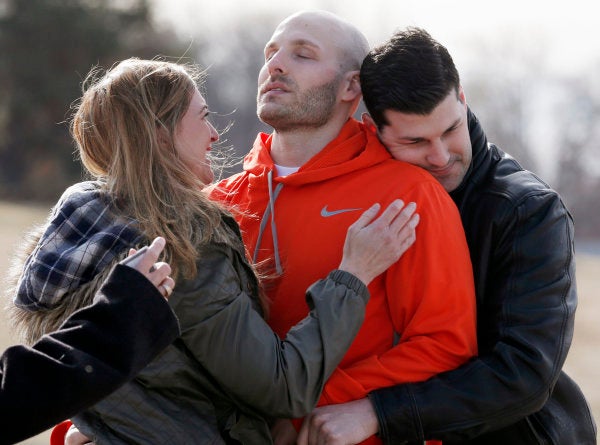 The attorney general of Oklahoma has again request President Donald Trump pardon a former Army first lieutenant who was convicted of murdering an Iraqi prisoner while deployed there in 2008.

In a Monday letter to Attorney General William Barr, Oklahoma AG Mike Hunter renewed his request that Trump consider a pardon for former Army Lt. Michael Behenna, who was sentenced in 2009 to 15 years at Fort Leavenworth for the killing of Ali Mansur Mohamed.

According to Hunter, current Justice Department regulations prohibit Behenna, who was released from prison in 2014 after serving less than five years of his sentence, from formally applying for a pardon until 2024.

Behenna allegedly shot and killed Mansur in the desert in retaliation for the Iraqi’s alleged connection to an IED attack that left two fellow soldiers dead in April 2008, the Los Angeles Times reported at the time.

The following May, Behenna received military intelligence that identified Mansur as a member of Al Qaeda In Iraq, but two weeks after his capture, Mansur was ordered released due to insufficient evidence of his association with Al Qaeda.

Behenna reportedly grew enraged while attempting to question Mansur about the April IED attack while returning him to his home town, taking him into the desert, shooting him, and placing a live grenade under his head.

Hunter had previously requested a pardon for Behenna in February 2018.

“It’s a case … I have followed and been aware of and never felt the outcome was justified,” Hunter told the Associated Press at the time. “When I see something that’s not consistent with the basic principles of justice … I’m going to do my best to protect the interest of the citizens of this state.”