“I take full responsibility,” Hunter said at his March sentencing. He resigned from Congress in January. 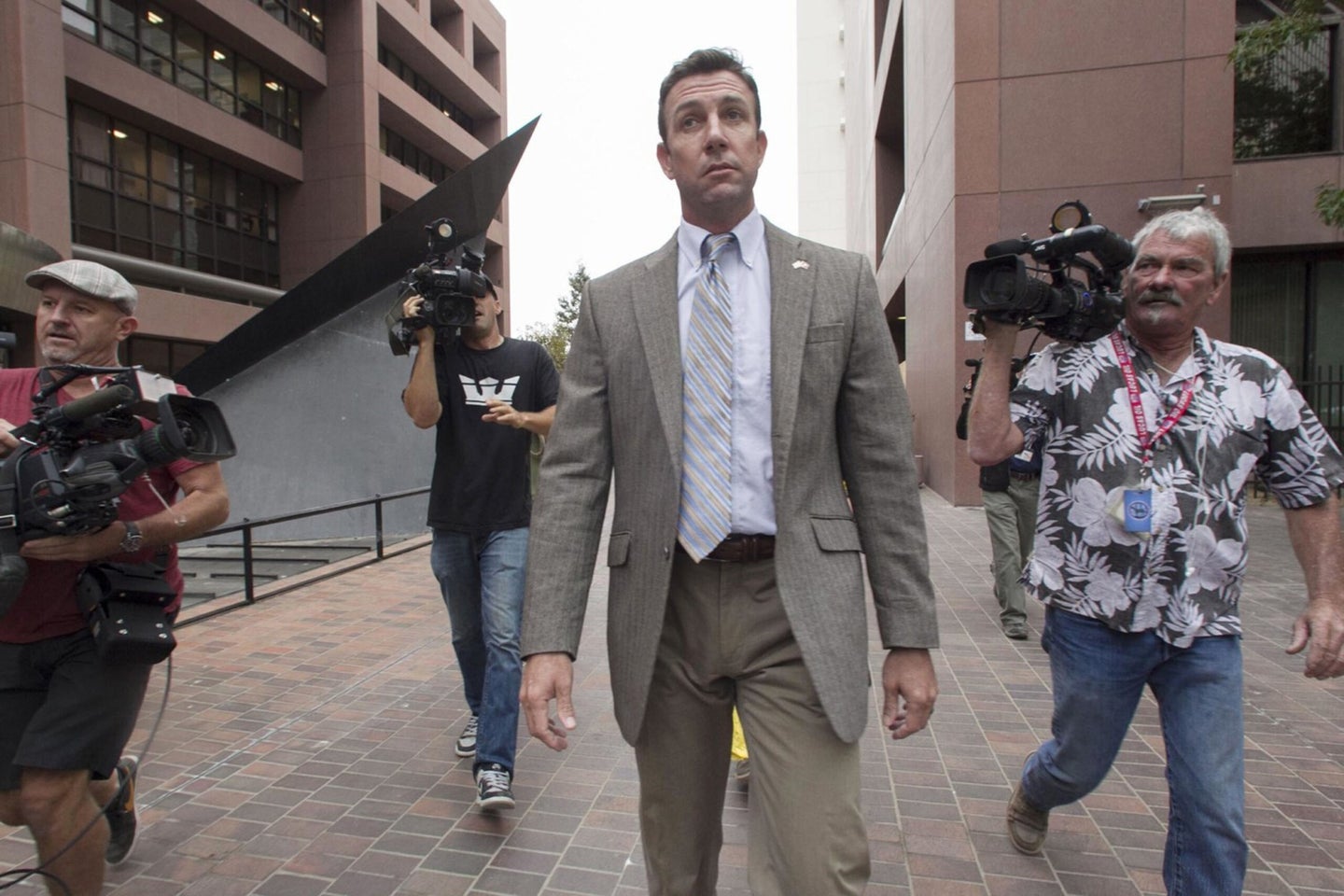 President Donald Trump on Tuesday granted a full pardon to former Republican congressman Duncan Hunter, a Marine Corps veteran-turned-congressman who was set to report to prison for 11 months in January after pleading guilty to illegally using campaign funds as a personal piggy bank.

White House Press Secretary Kayleigh McEnany said in a statement that “many” members of Congress had requested the pardon for Hunter, who “dedicated much of his adult life to public service” and pled guilty to one count of misusing campaign funds in 2019.

A former Marine artillery officer who served in Iraq and Afghanistan, Hunter was the first post-9/11 combat veteran elected to Congress in 2008, where he made a name for himself as a military advocate, ‘vaping congressman‘, and recipient of an epic smack down by Army Gen. Ray Odierno.

In 2018, Hunter and his wife Margaret, then his campaign manager, were indicted by a federal grand jury on charges they used more than $250,000 in campaign funds on personal expenses including family vacations to Italy and Hawaii, groceries, expensive meals, and perhaps most notably, flying the family’s pet rabbit, Eggburt, across the country (the flying rabbit cost $500, in case you’re wondering).

Other examples of Hunter’s impropriety revealed in court documents included campaign spending on extramarital affairs and a personal trip to Italy using $14,000 in campaign funds that Hunter tried to finagle into a work-related matter:

“I take full responsibility,” Hunter said at his March sentencing. He resigned from Congress in January.

As my colleague Jared Keller observed, Hunter carried out the grift since early on his congressional career in 2009 and either “falsely stated the expenses were ‘campaign-related,'” or straight-up lied to the campaign treasurer, according to the indictment, which revealed, for instance, the time when Hunter wanted to buy “Hawaii shorts” but was low on cash so Margaret told him in a text message to try a golf pro shop so it could be claimed as the purchase of golf balls “for the wounded warriors.”

Needless to say, the wounded warriors never got the golf balls.

Hunter was among more than two dozen people to receive a full pardon on Tuesday, which included former campaign aide George Papadopoulos and four Blackwater guards convicted of killing 17 innocent Iraqi men, women, and children at a crowded intersection in Baghdad in 2007.