I have heard a number of my colleagues at the University of Kansas voice their dissatisfaction with the defense budget... 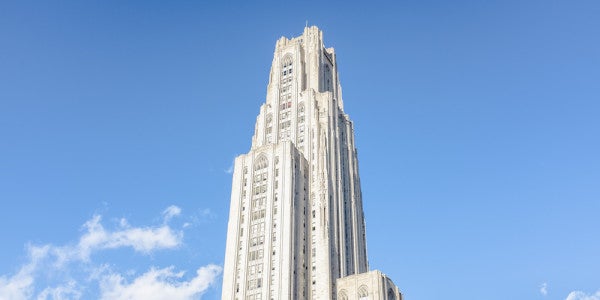 I have heard a number of my colleagues at the University of Kansas voice their dissatisfaction with the defense budget and the armed forces. They tend to believe the nation spends too much on defense, and that the armed forces are involved in foreign lands doing things they should not be doing.

What bothers me most about these complaints is their ignorance of what the armed forces actually do, and how they benefit. They also tend to equate political decisions made in Washington with the actions of the men and women who serve in the Army, Navy, Air Force, and Marine Corps.

Since I am sure this situation is not unique to KU — when it comes to the military, people in Ivory Towers tend to be divorced from reality—I think a few facts would be valuable for all.

There has been, and is, waste in the system. Yes, we have bought stuff we did not need. Yes. We have paid too much for some technologies. No system involving humans is perfect. Greed, selfishness, and arrogance influence every human endeavor, including the Ivory towers.

Still, the system that has maintained security on this planet since World War II is manned by the men and women of the armed forces of the United States. Consider what World War III will cost humanity, in lives and treasure.

Let me conclude with three points:

First, the all-volunteer force is expensive. Restoring the draft would decrease the defense budget. However, this may no longer be possible. Seventy percent of Americans are unqualified to serve in the armed forces, due primarily to obesity and drug use. And politically conscription is unacceptable to the American people. Hence, the high cost.

Second, let me acknowledge that the University of Kansas, and some of its faculty, is a great supporter of our armed forces and veterans. We work closely with the U.S. Army Command and General Staff College, School of Advanced Military Studies, and Combat Studies Institute at Fort Leavenworth, all of which have KU Ph.Ds.

Finally, let me acknowledge my bias. I am a retired soldier. I served twenty years in the U.S. Army, from Korea to Germany, from Alaska to Panama. I fundamentally believed that the armed forces of the United States, that one percent of the population, are a force for good. The Navy’s television commercial is correct. It just needs to be expanded. The Armed forces of the United States are: “A Global Force for Good.” Humanity is deeply flawed. There will be wars, major wars. The men and women of the Armed Forces are a great deal for the American people and humanity, even with a $716 billion defense budget.

Adrian R. Lewis is a Professor in the Department of History at the University of Kansas, and is author of Omaha Beach: A Flawed Victory, and The American Culture of War. Retired soldier, U.S. Army Infantry (Ranger), Rank, Major.