The Chinese Are On The Verge Of Dominating A New Domain: Near Space

Editor's note: The Long March will be closed for inventory the month of August. We regret any inconvenience this causes... 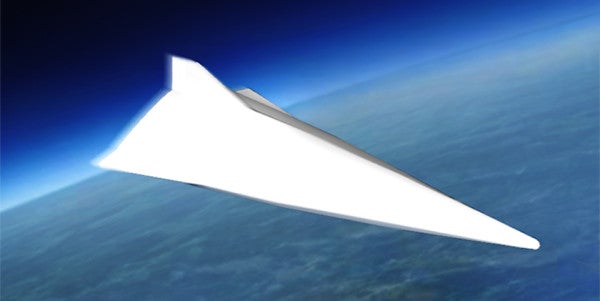 Editor's note: The Long March will be closed for inventory the month of August. We regret any inconvenience this causes our loyal customers. In an effort to keep you reasonably content and focussed, we are offering re-runs of some of the best columns of the year. We value your custom and hope you will stick around for . . . the Long March.

In November 2017, the Chinese conducted two flight tests of an operational prototype of a missile known as the DF-17. They represented the first flights of a ballistic missile designed to employ a hypersonic glide vehicle (HGV). The successful tests marked the end of a concerted — and successful — Chinese effort to exploit and dominate a new operating domain: near space.

This domain, little discussed, extends from about 100,000 feet to about 350,000 feet above the surface of the Earth. It’s a novel and tricky area, too high for planes to fly and too low for spacecraft to remain in orbit.

The genesis of the Chinese effort can be traced back to the so-called Third Taiwan Strait Crisis. From July 1995 to March 1996, in response to Taiwan’s first direct presidential election, China launched a series of missile “tests” into the Taiwan Strait and waters surrounding Taiwan, and conducted a simulated amphibious assault and live-fire exercise on the nearby island of Pengu. The apparent aim was to coerce the Taiwan population into rejecting a president who supported Taiwan independence.

It did not end well for the Chinese. The candidate from the pro-independence Kuomintang party won the election, and the United States demonstrated its support of Taiwan by sending two carrier battle groups, an amphibious ready group and supporting ships to the international waters near the breakaway island. One of the carrier battle groups, with an accompanying big-deck amphibious ship, actually sailed through the Taiwan Strait, demonstrating China’s utter inability to counter a U.S. intervention to defend Taiwan.

Soon after this humiliating experience, China began an impressive transformation of its armed forces that continues to this day. This thoroughgoing modernization and expansion saw the introduction of more modern and capable sea, air, and ground systems; improvements in command and control and training; and increasingly realistic exercises emphasizing more effective joint operations.

The transformation also had an important military-technical component, with at least three complementary lines of efforts. The first aimed to achieve rough parity with the United States in battle network-guided munitions warfare in the Western Pacific. The Chinese military carefully studied U.S. operations in the First Gulf War and the 1990s. Based on their analysis, Chinese planners and force designers began to field an operational battle network of their own, with sensor, C3I, effects, and sustainment and regeneration grids as capable as their American counterparts.

Military vehicles carrying DF-26 hypersonic long-range anti-ship missiles march past the Tiananmen Rostrum during the military parade to commemorate the 70th anniversary of the victory in the Chinese People's War of Resistance Against Japanese Aggression in Beijing, China, Sept. 3 2015.Lauren Katzenberg

Unlike American battle networks, which rely on aircraft and air-delivered ordnance as their primary effectors, Chinese battle networks would employ an impressive array of guided ballistic and cruise missiles with a wide range of guidance, homing, and propulsion technologies. Many of the missiles were designed to exploit specific defensive vulnerabilities of U.S. platforms. As stated by the National Air and Space Intelligence Center, “China has the most active and diverse ballistic missile development program in the world. It is developing and testing offensive missiles, forming additional missile units, qualitatively upgrading certain missile systems, and developing methods to counter ballistic missile defenses.” These missiles form the primary striking arm of an impressive anti-access/area-denial (A2/AD) network designed to deter, counter, and, if necessary, defeat a U.S. power projection operation in the Western Pacific.

A closely supporting line of effort took aim at the American battle networks themselves. The Chinese developed a range of capabilities to fight “informationized” warfare, a blend of cyber, electronic warfare, and deception operations. These capabilities were developed after detailed forensic analysis of U.S. sensor, C3I, and effects grids, and the data and communications paths that connect them. They are designed to blind, degrade, disrupt, and dissemble the networks upon which U.S. operations and tactics so depend.

A third line of effort pursued special “assassin’s mace” capabilities that threatened specific U.S. systems critical to U.S. power projection operations. One was the DF-21 “carrier killer” — an intermediate-range anti-ship ballistic missile capable of maneuvers designed to defeat U.S. naval missile defenses. Another involved new counter-space capabilities. The Chinese knew that any U.S. intervention in the Western Pacific would be critically dependent on space-based combat support. It therefore developed, produced, fielded, and demonstrated multiple counter-space capabilities including jammers, laser dazzlers, and anti-satellite missiles, all to deny the U.S. military uncontested use of space.

Less appreciated is a fourth line of effort, a deliberate move to exploit an entirely new operating domain known as near space. The Chinese decided to dominate this new field. Their means to do so would be hypersonic glide vehicles.

HGVs involve boosting a projectile or winged reentry vehicle to hypersonic velocities and then using aerodynamic lift in near space to extend its range far beyond that of a ballistic missile. The Germans pioneered the idea during World War II. But it was only recently that technology made the idea practical, and that Chinese engineers successfully mastered the technology.

Their first operational prototype of an HGV system — found on the DF-21 — uses a booster to loft the payload. Once the missile reaches apogee, it tips down along its ballistic trajectory, reaching hypersonic speeds. It then pulls up at an altitude of about 60 kilometers. By changing its angle of attack, the HGV generates aerodynamic lift, allowing the missile to glide to its projected operational range of 1,100 to 1,550 miles.

HGV characteristics are bad news for U.S. missile defenses, which have sensors that track missiles traveling inside and outside the atmosphere, and interceptors designed either for endo or exo-atmospheric engagements. In other words, neither U.S. sensors nor effectors are specifically designed to counter systems that operate at high speed in near space. It is unclear whether this circumstance will change by 2020, when the DF-21 is expected to become operational. Moreover, the first mover in a new operating domain generally accrues a big advantage, as it can watch an opponent’s reactions and devise new systems to stay ahead of them.

The Chinese efforts to achieve parity in battle network-guided weapons warfare, to develop counter-network capabilities, and to pursue assassin’s mace capabilities are well known and remarked upon. Any of these developments would be problematic for U.S. operational planners. But the Chinese move to dominate near-space operations with HGVs is less appreciated, despite being perhaps the most challenging development so far of China’s drive to become a peer military competitor with the United States.

An energetic and robust U.S. response to HGVs is required, including the development of new defenses and offensive hypersonic weapons of our own.