The Trump administration plans to establish a Department of the Space Force – a sixth independent branch of the U.S.... 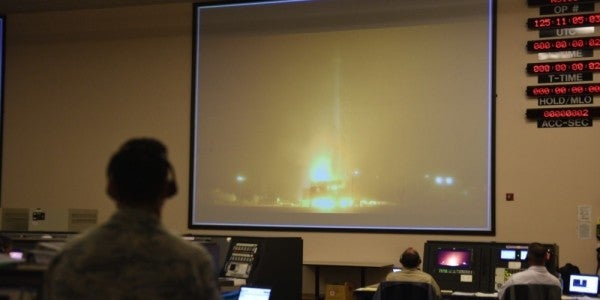 The Trump administration plans to establish a Department of the Space Force – a sixth independent branch of the U.S. military – by 2020, Vice President Mike Pence announced on Thursday.

“To be clear, the Space Force will not be built from scratch,” Pence said during a speech at the Pentagon. “The men and women who run and protect our nation’s space programs today are already the best in the world. Across this department, and our intelligence agencies, there are literally tens of thousands of military personnel, civilians, and contractors operating and supporting our space systems.”

As Pence spoke, the Pentagon released a report to Congress about what steps the Defense Department and Congress need to take to stand up a Space Force, which the vice president called “the next and natural evolution of American military strength.”

The report, Pence said, recommends four actions: Establishing a unified combatant command for space operations led by four-star general or admiral; creating, “An elite group of joint warfighters specializing in the domain of space, who will form the backbone of the nation’s newest armed service;” standing up the Space Development Agency to develop new technologies; and naming a civilian leader who reports to the defense secretary, who will oversee the growth of Space Force.

“This position will be a new assistant secretary of defense for space and this leader will be key to the critical transition to a fully independent secretary of the Space Force in the years ahead,” Pence said.

Creating a new branch of the military will require Congress’ approval, so the Trump administration will work with lawmakers to include the statutory authority for Space Force in the fiscal 2020 National Defense Authorization Act, the vice president said. President Trump has also called on Congress to appropriate $8 billion for space security systems over the next five years.

Space Force received a bipartisan endorsement Thursday from Rep. Mike Rogers, Repiblican from Alabama., and Rep. Jim Cooper, Democrat from Tennessee. Both serve on the House Armed Services Subcommittee on Strategic Forces: Rogers is chairman and Cooper is the ranking Democrat.

“We have been warning for years of the need to protect our space assets and to develop more capable space systems,” the lawmakers said in a joint statement. “We are glad that the Pentagon is finally taking these steps in enhancing our space strength.

“This report is a step in a multi-year process that we think will result in a safer, stronger America. We particularly appreciate Deputy Secretary Shanahan’s leadership on these issues and look forward to the establishment of a much-needed independent Space Force, as called for by President Trump.”

Rep. Doug Lamborn has also championed the idea of creating a new military branch for space. The Colorado Republican issued a statement on Thursday emphasizing the importance of space to the U.S. military.

“Our near-peer competition knows this and have reacted accordingly,” Lamborn said. “A ‘space Pearl Harbor’ wouldn’t just leave our military ill-equipped – it would also bring international commerce and travel to a screeching halt.”

Pence said Space Force is needed because adversaries such as Russia and China are developing new ways to jam, blind, disable, and even destroy U.S. navigations and communications satellites. Both nations are reportedly developing “hypersonic missiles,” which U.S. missile defense radars may not be able to detect. China created its own space force in 2015.

“We’re only at the beginning of meeting the rising security threats our nation faces in space today and in the future,” Pence said. “As President Trump has said, in his words: ‘It is not enough to merely have an American presence in space. We must have American dominance in space.’ And so we will.”