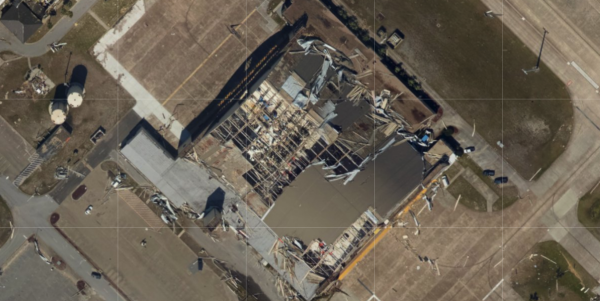 TYNDALL AFB — All of the F-22 Raptor stealth fighter jets left behind when Hurricane Michael hit Tyndall Air Force Base last month will be flown off the base for repairs, according to Deputy Secretary of Defense Patrick Shanahan.

Shanahan said the last of the aircraft will be flown off the base, under their own power, through the weekend. All of the F-22s are expected to be in new locations by Monday night.

Shanahan's comments came during a Thursday video conference call with a half-dozen reporters from around the country, part of a new Pentagon outreach effort.

News that the F-22s are leaving Tyndall justifies the optimism expressed previously by Secretary of the Air Force Heather Wilson, Air Force Chief of Staff Gen. David Goldfein and Chief Master Sergeant of the Air Force Kaleth O. Wright about the condition of the aircraft that could not evacuate the base due to maintenance or safety issues.

In a joint statement issued a few days after the hurricane, the three leaders said that although the Tyndall flight line sustained significant damage, damage to the aircraft “was less than we feared and preliminary indications are promising.”

According to various reports, 33 of Tyndall's F-22s were flown out in advance of Hurricane Michael, which made landfall Oct. 10. A total of 55 F-22s are assigned to Tyndall, but the exact number of aircraft left behind remains a mystery.

“We're still not discussing numbers due to operational security,” Leah Garton, spokeswoman for the Air Force's Air Combat Command, said Thursday. Garton did say the F-22s have been flying out of Tyndall for some time now. All but one of the F-22s are now, or will be, at Virginia's Joint Base Langley-Eustis for maintenance, with the remaining jet at Utah's Hill AFB for maintenance, according to Garton.

A letter sent a few days ago to Secretary of the Air Force Heather Wilson by Sen. Marco Rubio, R-Fla., provides some indication of the number of F-22s left at Tyndall during Hurricane Michael. In the letter, which urges Wilson to ask Congress for funding to repair all of the damaged F-22s, Rubio notes “31 percent of F-22 aircraft at Tyndall Air Force Base were designated Non-Mission Capable (NMC) and were sheltered in place.”

Thirty-one percent of the 55 F-22s assigned to Tyndall would be 17 aircraft.

In other comments Thursday on Tyndall AFB, Shanahan gave a “shout-out” to Col. Brian Laidlaw (commander of Tyndall's 325th Fighter Wing) for his “tremendous job in protecting people” in advance of the hurricane. As Hurricane Michael bore down on the eastern end of the Panhandle, Laidlaw ordered the evacuation of the 11,000 personnel who worked on Tyndall.

In the days since the hurricane, a 1,200-member task force has assembled on the base and is working to get Tyndall back up and running.

Shanahan said DoD is beginning to look at long-term prospects for the base, which Vice President Mike Pence pledged last week would be rebuilt.

According to Shanahan, at least some of the base's future will be determined after a month-long assessment of the facility is concluded.

“I don't have any definitive answers,” Shanahan said.