No, F-22 pilots aren’t ‘walking off the job’ to avoid the COVID-19 vaccine

If you get your news from a guy ranting in a car, make sure you check your facts. 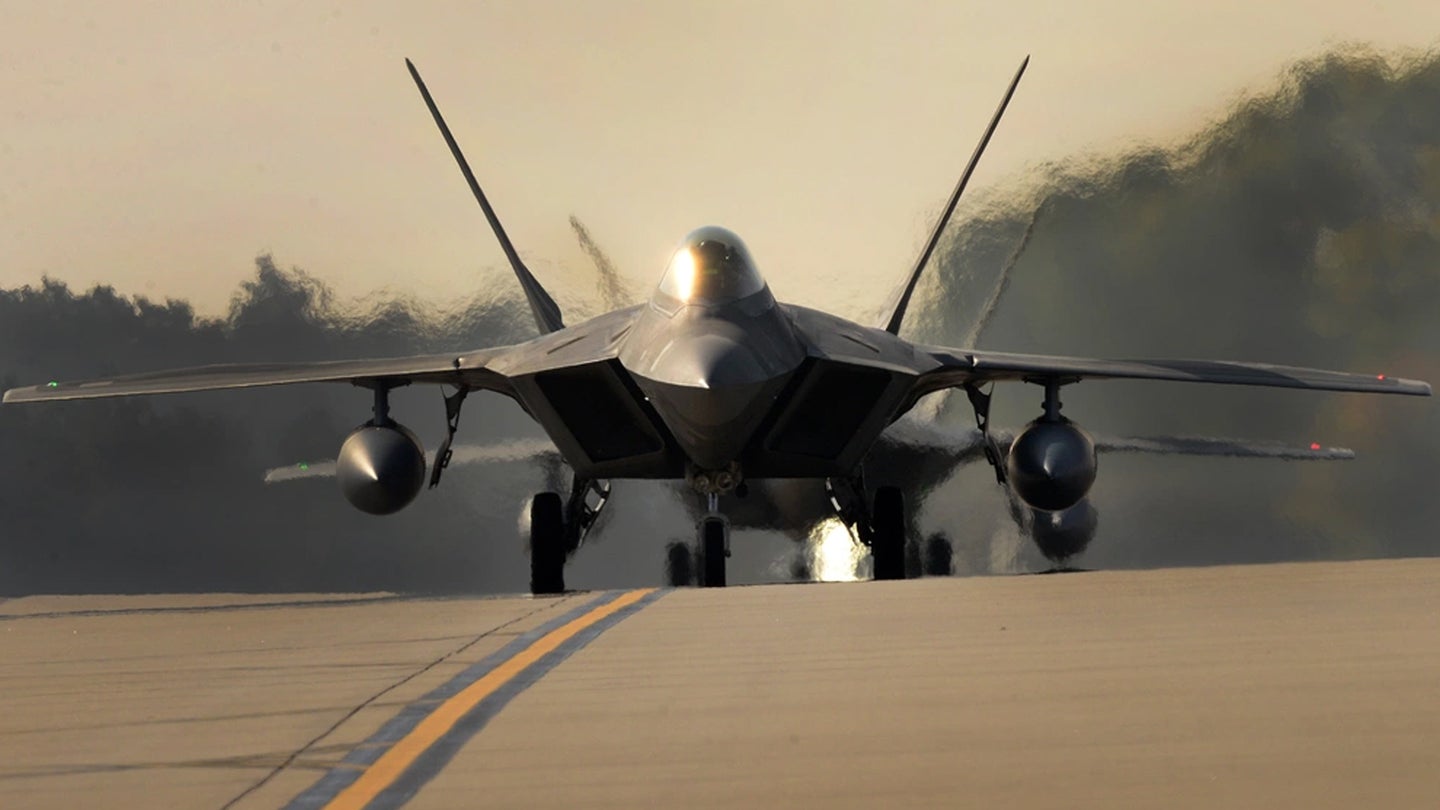 If men stopped filming themselves rant in their cars then the world would be a better place. One such rant posted to Twitter on Friday spread false information about the effects of the Department of Defense mandating service members take COVID-19 vaccines.

Specifically, the man falsely claimed that Defense Secretary Lloyd Austin had texted the entire Department of Defense and said that all active-duty service members must be vaccinated by 10 a.m. on Friday or they will be court-martialed. He also falsely claimed that, because of the mandate, 12 F-22 Raptor pilots “walked off the job.”

“A dozen of the best pilots in the world: thousands of hours of training, millions of dollars of training, off the job,” the man said, before falsely claiming that 16 crew members for B-52 Stratofortress bombers also “walked off the job.”

The unidentified man’s video was viewed over 460,000 times, and soon the term “F-22” was trending on Twitter, which is bizarre because everything he said was false. Here’s why:

‘The Secretary of Defense texted all active-duty military personnel’

Secretary of Defense Lloyd Austin has better things to do than send late-night texts to a million service members. As anyone who’s been around the military a while knows, when SecDef Austin says something is mandatory, it gets rolled out on fancy Department of Defense letterhead with his big signature at the bottom. When asked if Austin sent such a message, Pentagon Press Secretary John Kirby responded flatly, “Not true.”

‘All active-duty service members must be vaccinated by 10 a.m. or they will be court-martialed.’

This claim is also false, Kirby said. The Department of Defense did mandate the COVID-19 vaccine late last month when the version produced by Pfizer was fully approved by the Food and Drug Administration. The deadline varies for each service, but the one for the Air Force is Nov. 2 for active duty airmen and Dec. 2 for the Air National Guard and Air Force Reserve.

In a statement earlier this month, the Air Force said that any refusal to receive the vaccine without an approved exemption or accommodation “may be punishable under the Uniform Code of Military Justice (UCMJ),” so Twitter man may have a point about court-martials, but it didn’t come from the Secretary of Defense. Also, it is highly unlikely that 12 Air Force pilots simply walked off the job because …

‘A dozen pilots … walked off the job.’

Even if a dozen pilots wanted to rage-quit their careers over a vaccine, it’s not like they can just hang up their hat and leave. Officers who wish to resign under normal conditions must meet with their immediate commander or supervisor, who then must help them schedule their separation while “considering their preference and the interests of the Air Force,” according to Air Force regulations. The commander or supervisor also must sign the separation application and the applicant must be close to fulfilling whatever service commitment is left in their contract. So no, it’s not like a pilot can just yell “I quit!” on their way out the door.

It’s unclear where Twitter man got his information from, because all DoD resources this reporter consulted said that either no pilots have quit or that they are not tracking the information. Staff Sgt. Delaney Gonzales, a spokesperson for Langley-Eustis, said no pilots with the F-22-equipped 1st Fighter Wing have resigned over the COVID-19 vaccine mandate, while 2nd Lt. Kayla Fitzgerald, a spokesperson at Tyndall Air Force Base, Florida, said that the 325th Fighter Wing “is not aware of similar claims within its organization.”

An official with Air Force headquarters said they were not aware of any F-22 pilots resigning due to the vaccine mandate, and other outlets received a similar response.

“We are unaware of any pilots that have resigned their commissions due to the COVID vaccine,” Deana Heitzman, a spokesperson with the Air Force press desk, told PolitiFact on Friday.

Twitter man may have gotten his information from Real Raw News, which published an article on Sept. 1 claiming that 12 pilots from the 1st Fighter Wing at Langley-Eustis and 15 pilots from the 2nd Bomb Wing at Barksdale Air Force Base, Louisiana resigned over the vaccine. Real Raw News has reported false information in the past, Politifact said, such as that the military had arrested President Joe Biden’s son, Hunter Biden, or that the military seized the White House to return Donald Trump as president.

“This website contains humor, parody, and satire,” Real Raw News says on its ‘about us’ page. “We have included this disclaimer for our protection, on the advice of legal counsel.”

The thing is, Twitter man’s false information is not just limited to whether or not pilots are resigning over the COVID-19 vaccine. The man goes on to say that, because there are fewer F-22 pilots, “you can kiss Taiwan good-bye. I would hate to be a Taiwanese citizen right now,” as if F-22s are the only thing standing between Taiwan and its covetous neighbor, China.

“You can kiss Taiwan good-bye.”

F-22s are not the bulwark of Taiwanese freedom. While China does view the island as a renegade province and many experts believe that the next major war is likely to start there, the Raptor would likely play only a small role, if any, in the island’s defense. For one thing, only about half the 186-ship fleet is even capable of flying in combat, according to Air Force Magazine. The fighter is so maintenance-heavy that it can’t even outrun a hurricane, much less fly across the Pacific to stop China from invading Taiwan at the drop of a hat.

The F-22 is a great air superiority fighter, and while there are units flying it in Hawaii and in Alaska, it may not necessarily be the first on the scene should a fight go down over Taiwan. For example, there are Air Force, Marine Corps and Navy fighter units based in nearby Japan and Korea, and there are Navy aircraft carriers and other ships constantly carrying out freedom of navigation patrols in the South China Sea. So the F-22 is awesome, but it’s not the savior of the free world.

All of which is to say: if you get your news from a guy filming himself in a car, make sure you do some additional research.