It's called art, ever heard of it? 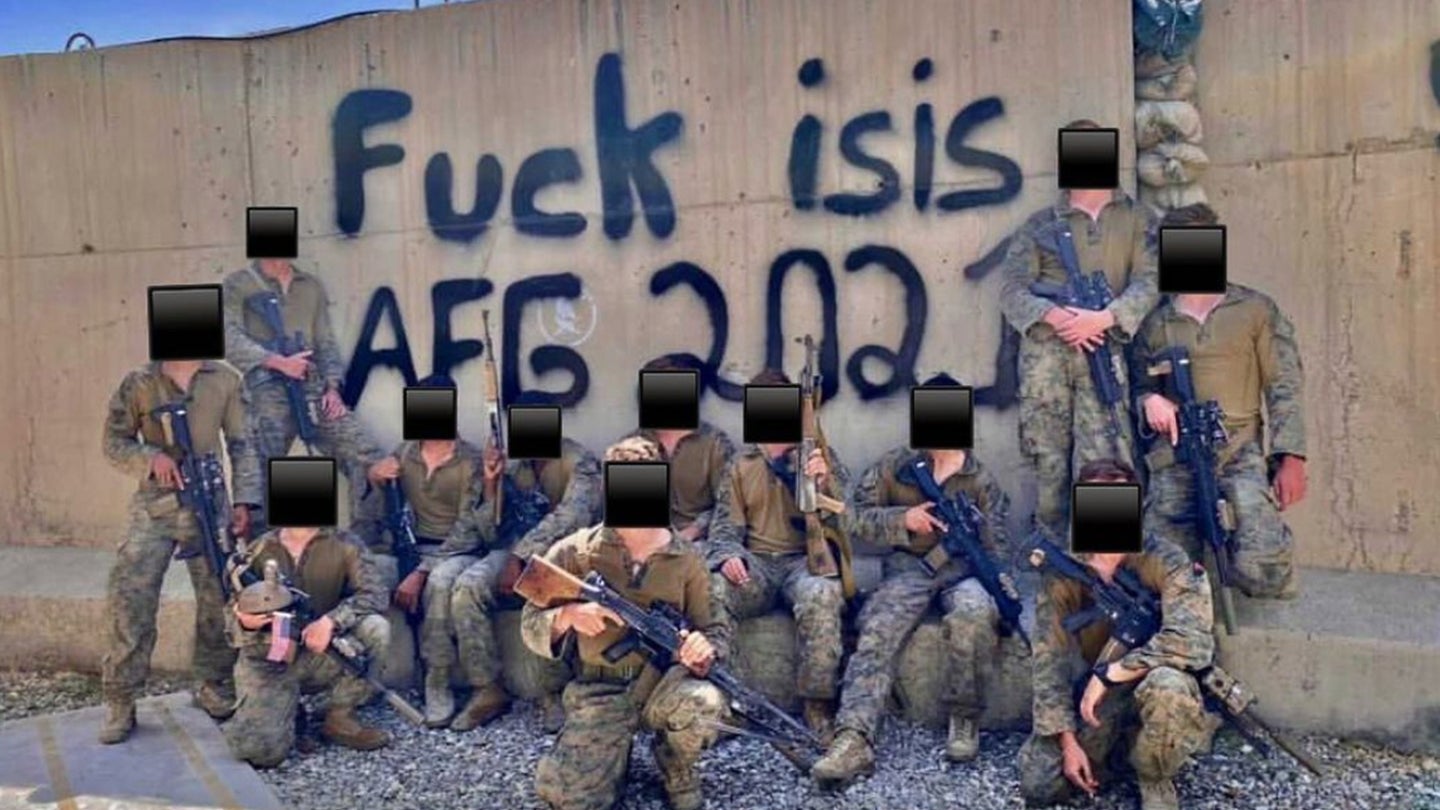 Taliban fighters who made their way into the Hamid Karzai International Airport in Kabul, Afghanistan may have found a few goodbye messages from American troops.

Another message had everything a Marine could dream of: “F*** ISIS + Taliban” and a phallic drawing right next to it.

That’s what we call art, folks.

Troops leaving vulgar messages for their enemies is a time-honored tradition, one that appears to go back more than 1,800 years, when Roman soldiers left dozens of explicit drawings after being deployed to repair Hadrian’s Wall, a defensive barrier at the northern border of the Roman empire. More recently, it was discovered that U.S. troops left behind crude sketches meant for Russian soldiers at an abandoned outpost in Manbij, Syria in October 2019.

It’s unclear when the messages at the airport were written, but they may not have stayed for long. Comments on the Instagram posts suggest that many were cleaned up before the Marines departed. Marine Corps officials referred questions about the photos to U.S. Central Command, which did not immediately respond to Task & Purpose.

The troops had good reason to leave the messages behind after 11 Marines, one soldier, and a Navy corpsman were killed in a suicide bombing at the airport on Aug. 26. Before the attack, a U.S. service member hadn’t died in combat in Afghanistan since Feb. 2020, when Army Sgts. 1st Class Antonio Rodriguez and Javier Gutierrez died from wounds sustained in combat. The Islamic State group claimed responsibility for the bombing, and the Pentagon responded with a Hellfire missile strike that reportedly killed 10 civilians, including children.

Ultimately, U.S. officials have said roughly 124,000 people were evacuated from Afghanistan in the wake of the Taliban’s takeover of Kabul. And the 13 service members killed last week helped save over 30,000 of those people, according to a Marine Corps commander.

“There is no greater honor for a Marine to be called to save Americans,” Capt. Geoff Ball, the commander of Ghost Company, 2nd Battalion, 1st Marine Regiment, said on Facebook. “To be the last on deck as those who need our help are pulled to safety. To lay down our lives for others. That is what my Marines did. They will always be my heroes.”

You can see more photos of Marines’ messages below: