A US Strike In Afghanistan Just Killed 50 Taliban Leaders

On the 24th of May, dozens of Taliban leaders were congregating in a building located in the Musa Qala district... 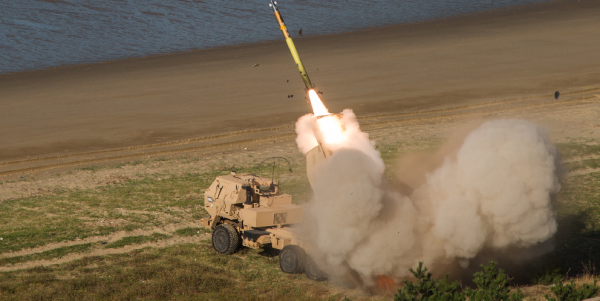 On the 24th of May, dozens of Taliban leaders were congregating in a building located in the Musa Qala district of Afghanistan. The U.S. military authorized a M142 High Mobility Artillery Rocket System strike on the meeting place, which killed at least 50 Taliban insurgents, according to U.S. military officials in Afghanistan.

“The structure was a known meeting location for prominent Taliban leaders,” U.S. Forces-Afghanistan said in a press release.

“Strikes like this one not only degrade Taliban operations, but also give our partners the ability to maintain continuous pressure against a weakened enemy,” U.S. Marine Corps Brig. Gen. Benjamin T. Watson said in the release.

The Taliban’s deputy shadow governor for Helmand province is believed to be the most senior of the leaders killed in the HIMARS strike, Army Gen. John Nicholson, commander of U.S. troops in Afghanistan, said on Wednesday.

While U.S. forces are still trying to identify all of the Taliban leaders killed, it appears as though they had recently taken part in an attack on Farah city in western Afghanistan, Nicholson told reporters at a Pentagon news conference. Afghan security forces had pursued the Taliban commanders for a week after driving them out of the city.

“After some great intelligence work by Marines led by Brig. Gen. Ben Watson, they tracked 50 of them to a meeting at Musa Qala and struck them with HIMARS rockets, killing dozens of enemy leaders,” Nicholson said. “By killing leaders, we will achieve a disruptive effect in Helmand. I would not call it ‘strategic significance,’ but it definitely has a significant local significance, in terms of the fight in southern Afghanistan.”

The province of Musa Qala is just north of the infamous town of Sangin in the Helmand province of Afghanistan. This area is a perpetual hotbed of Taliban activity. However, the Taliban have been active all across Afghanistan in recent months, with attacks in Farah, Kabul, and Jalalabad.

The Taliban even claimed control over the capital of Farah province for a brief period last month, before being run out of town by a combination of U.S. Special Operations troops and Afghan National Army soldiers.

The HIMARS strike is the latest in a series of attacks against Taliban leadership that have been ongoing for the last ten days. According to U.S. military officials in Afghanistan, over 70 senior Taliban leaders have been killed during that time-span (including those targeted in the HIMARS attack), and the additional targets hit included a Taliban Red Unit commander and the shadow district governor of Nahr-e-Saraj.

As the fighting season returns, this decapitation of leadership will hopefully hinder Taliban operations against the roughly 15,000 U.S. troops in the country and the Afghan forces they’re advising. But given the history of U.S. there, you have to wonder how many times you can cut the head off the same snake.