The Pentagon has identified the American soldier killed on April 30 in eastern Afghanistan as Spc. Gabriel D. Conde. Conde,... 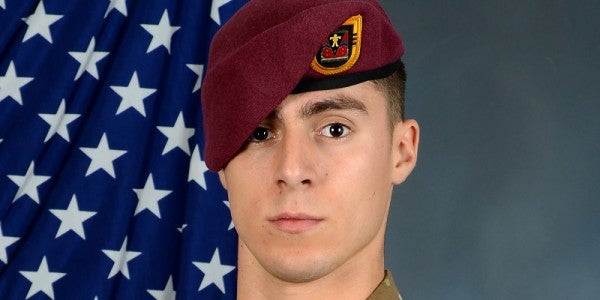 The Pentagon has identified the American soldier killed on April 30 in eastern Afghanistan as Spc. Gabriel D. Conde.

Conde, 22, was an airborne infantryman who was assigned to the 4th Brigade Combat Team, 25th Infantry Division based out of Joint Base Elmendorf-Richardson in Alaska, officials said on Tuesday. He was taking part in the U.S. counter-terrorism mission in eastern Afghansitan when he was killed by enemy small arms fire in Tagab district.

Originally from Loveland, Colorado, Conde enlisted in the Army in August 2015 and deployed to Afghanistan in September 2017, according to the Army.

Another U.S. service member was wounded during the combat operation and listed in stable condition at Bagram Airfield’s hospital. Several Afghan security force members were killed and wounded as well.

“My thoughts and those of U.S. Forces-Afghanistan are with the families and friends of our fallen and wounded service members,” Army Gen. John Nicholson, who leads U.S. and coalition troops in Afghanistan, said in an April 30 statement. “Their valiancy in battle, and that of the brave Afghan partners they fought alongside, will endure in our hearts and history.”