3 US Soldiers Killed By Afghan Soldier In Apparent Insider Attack

Three U.S. soldiers have been killed and one other wounded in an attack by an Afghan soldier in eastern Afghanistan, according to... 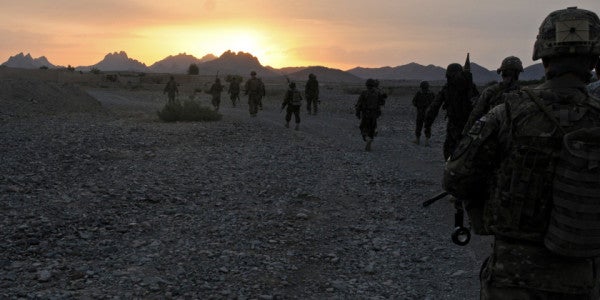 Three U.S. soldiers have been killed and one other wounded in an attack by an Afghan soldier in eastern Afghanistan, according to reports by multiple media outlets.

On Saturday morning, the Associated Press reported that Attahullah Khogyani, a spokesman for the governor in Nangarhar province, confirmed the deaths of two American soldiers. Additionally, two U.S. soldiers are also reported wounded. Later, U.S. officials confirmed that one of the wounded soldiers had died from his wounds.

Khogyani said the Afghan soldier responsible for the attack was killed following the attack, which took place in Achin district. The Taliban claimed responsibility for the green-on-blue incident, claiming the group had infiltrated the Afghan security forces “just to attack foreign forces.”

There have been approximately 95 insider attacks in Afghanistan since 2008, according to Long War Journal.

Three U.S. service members were wounded in March when an Afghan soldier opened fire on them at a base in Helmand province.

In April, two Army Rangers were killed in the same district during a three-hour firefight with ISIS in the eastern Nangarhar province of Afghanistan. The Rangers killed were identified as Sgt. Joshua P. Rodgers, 22, and Sgt. Cameron H. Thomas, 23. U.S. special operations forces have been fighting ISIS in the province alongside Afghan Special Security Forces.