7 US Troops Wounded In Insider Attack In Afghanistan 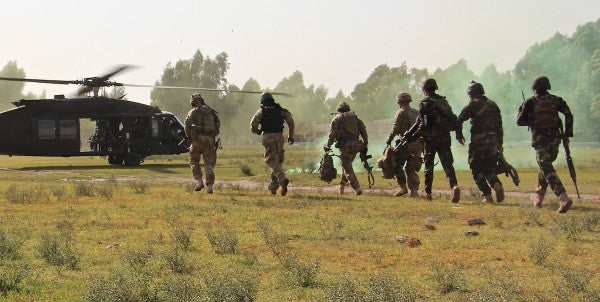 Seven U.S. service members are reported wounded after an insider attack in northern Afghanistan occurred at 2 p.m. local time on Saturday, according to a statement released by NATO's Resolute Support mission on Twitter.

Those injured service members have been evacuated from Camp Shaheen, a base located in Mazar-i-Sharif, in the northern province of Balkh.

There were no U.S. or NATO fatalities; however, one Afghan soldier was killed and another wounded, according to the statement.

The three troops died of gunshots wounds, which the Taliban later claimed responsibility for. The shooter was identified as an Afghan commando, who turned on the U.S. troops and opened fire, and was then killed by return fire.

Since 2008, there have been nearly 100 insider attacks against U.S. troops in Afghanistan.

Task & Purpose will continue to update this story as we learn more.