The top U.S. general in Europe said on March 23 that he believes Moscow’s influence in Afghanistan is growing and... 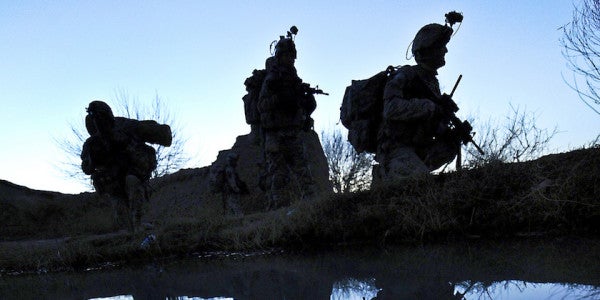 The top U.S. general in Europe said on March 23 that he believes Moscow’s influence in Afghanistan is growing and that he suspects the Russians may be supporting the Taliban, Reuters reports. The general delivered his assessment on the same day the insurgent group captured the strategic district of Sangin in Helmand Province.

“I’ve seen the influence of Russia of late — increased influence in terms of association and perhaps even supply to the Taliban,” Army Gen. Curtis Scaparrotti, who is also NATO’s Supreme Allied Commander – Europe, told the Senate Armed Services Committee.

Scaparrotti did not specify what types of supplies he suspects the Russians are providing the Taliban, nor did he elaborate on the extent or nature of their influence on the battlefield.

Meanwhile, Russian officials have denied aiding the insurgency in Afghanistan. Taliban officials, however, have told Reuters that the group has had significant contact with the Russians since at least 2007, but added that the support it’s received from Moscow has been only “moral and political.”

The possibility of Russia intervening on behalf of the Taliban is especially troubling in light of the Pentagon’s recent decision to deploy 300 Marines to Helmand this spring. They will be the first group of Marines to deploy to the area since they left Sangin 2014.

At the height of the occupation, Sangin was the site of fierce clashes between international forces and the Taliban. More British and American troops died in Sangin than in any of Afghanistan’s roughly 400 other districts, according to The New York Times. In 2013, control of the district was handed over to the Afghan military, which continued suffering heavy losses, despite support from American Special operations forces and airstrikes.

About 8,000 American service members are currently serving in Afghanistan, where their primary mission is to train and support Afghan government forces. However, last month, Gen. John W. Nicholson, the top U.S. commander in Afghanistan, told Congress that he need “a few thousand” additional troops to boost the NATO-led mission.

More than 1,800 American service members have been killed fighting the Taliban and its allies since the 2001 U.S.-led invasion of Afghanistan. Now, according to U.S. estimates cited by Reuters, less than 60% of Afghanistan is under Afghan government control.