The Marine Corps is sending additional troops to Afghanistan in response to a request from Task Force Southwest, a 300-strong... 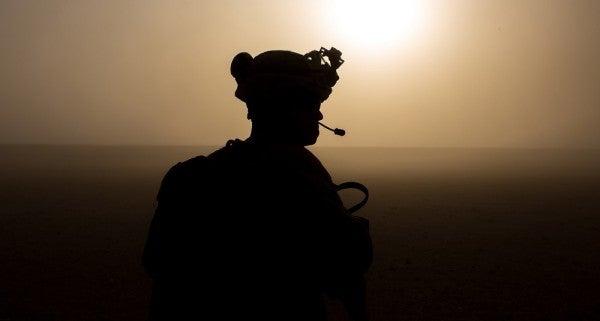 The Marine Corps is sending additional troops to Afghanistan in response to a request from Task Force Southwest, a 300-strong contingent of Marines based in Helmand province, according to an Aug. 8 NBC News report.

The additional force — totaling less than 100 — will deploy from the Special Purpose Marine Air Ground Task Force Crisis Response Central Command, based in the region. The new deployees will assist with “internal force protection,” according to three U.S. defense officials who spoke with NBC News, but the officials did not say where the additional troops would deploy — only that the service was “redirecting them from where they're at now to help with the mission.”

The news comes as the Pentagon weighs whether to send an additional 4,000 troops to Afghanistan to bolster the 8,400 currently there, or whether to ramp down U.S. involvement in the nation. The U.S. troops in Afghanistan are tasked with training and advising their Afghan counterparts to tackle a resurgent Taliban and a nascent Islamic State threat in the country. The “advise and assist” mission isn’t technically direct combat, but U.S. troops frequently embed with Afghan forces to provide kinetic support, which puts them in harm's way.

Two U.S. soldiers were killed, and four wounded, in a Taliban attack on a NATO convoy on Aug. 2, bringing the total number of American troop deaths in Afghanistan this year to nine, reports ABC.

President Donald Trump announced in June that he would delegate troop-level authority to the Secretary of Defense, retired Marine Gen. James Mattis, but the decision for additional Marines did not require Mattis’ sign-off, one of the officials told NBC.

“The commander on the ground has the authority to move people in theater around,” the official told NBC, referring to the Marines with the Special Purpose MAGTF, who are based in southwest Asia.

According to NBC, the officials said there was a yet-to-be approved request for additional U.S. air support, but provided no details on what aircraft were needed and why.