On Oct. 7, 2001, the U.S. and British militaries began a bombing campaign against Taliban and al Qaeda targets in... 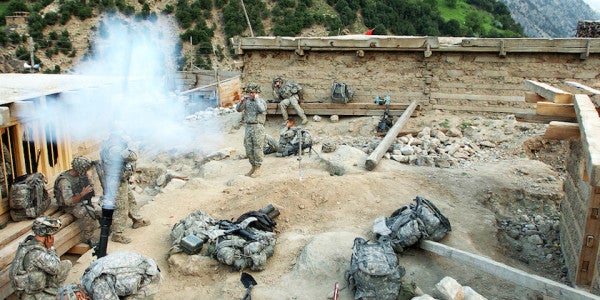 On Oct. 7, 2001, the U.S. and British militaries began a bombing campaign against Taliban and al Qaeda targets in Afghanistan. Six months later, after the fall of the Taliban regime and Osama bin Laden’s escape into neighboring Pakistan, President George W. Bush, speaking at the Virginia Military Institute, evoked the foreboding history of military intervention in the so-called Graveyard of Empires, saying, “It’s been one of initial success followed by long years of floundering and ultimate failure. We’re not going to repeat that mistake.”

I’d like to say we all know what happened next, but not everyone has been paying attention. Afghanistan is now America’s longest war, and, despite the fact that it’s still ongoing, also perhaps its most forgotten. But for those of us who were there — who fought in places like Helmand, Kandahar, Kunar, Zabul, Logar, Nangarhar, Herat, Kunduz, Khost, Paktika, Nuristan, and everywhere else the mission took us — and, of course, the Afghan people themselves, the war can’t be ignored into oblivion. We will never forget. We can’t afford to.

On Friday, Task & Purpose released an eight-minute video detailing the war in Afghanistan since Bush first launched Operation Enduring Freedom in 2001. Watch the video below.