For First Time Ever, There Were No Combat Amputations For A Year In The Long War

When you’re fighting a war for the better part of two decades, you set a lot of records. But in... 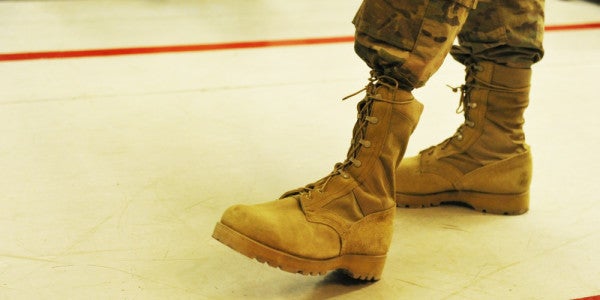 When you’re fighting a war for the better part of two decades, you set a lot of records. But in 2016, U.S. service members downrange in Iraq and Afghanistan set the kind of record you really want to hear about: an entire year without combat amputations. Stars & Stripes reports:

Since 2001, about 1,650 U.S. troops have lost hands, arms, legs or feet during the wars in Iraq and Afghanistan. Year after year, combat in both theaters created amputees — scores in some years, hundreds in others. Six years ago, in June and July alone, 78 servicemembers who entered the service with all their limbs left with one or more missing.

But in 2016, the number of deployed troops who suffered amputations was zero.

That’s right. For 365 calendar days, for the first time since U.S. soldiers, Marines, airmen and sailors landed in Afghanistan in 2001 and Iraq in 2003, no combat troops suffered amputations as a result of their injuries.

That’s according to the Defense Health Agency’s just-published February Medical Surveillance Monthly Report, which features this dramatic chart of deployment-related amputations since 2013:

The data paint a vivid picture “of troop numbers, intensity and nature of combat and the ferocity of attacks” through the wars’ duration, Stripes noted: In 2001, there was only a single amputation on a deployed service member; in 2003, after the invasion of Iraq, that number jumped to 80 amputations. A steady increase in battlefield amputations stalled during the calm years of 2008-2009 before seeing another jump that lasted until 2012, when U.S. force levels in Afghanistan began to decline.

Of course, there are always caveats to such a breathtaking study. First, it inevitably doesn’t capture amputations done in 2016 on veterans whose injuries may have lingered past their time in the theater of war, as was the case for a “medically retired Air Force airman injured in a 2012 roadside bomb attack in Afghanistan” whose foot was removed surgically last year, Stars and Stripes noted.

The upshot is that researchers have made remarkable advances in protecting deployed service members’ bodies. Protecting their psyches, however, continues to prove difficult.