The Westboro Baptist Church has issued a statement saying it will protest the funeral of slain Sgt. Dillon Baldridge in... 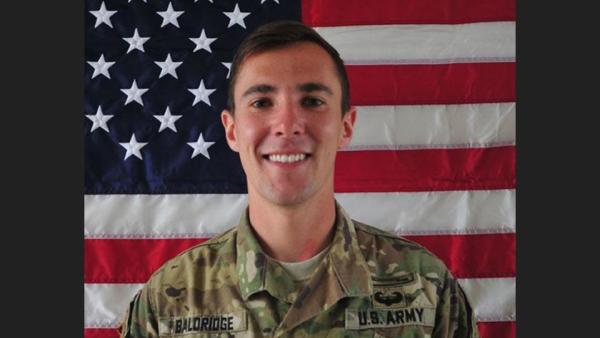 The Westboro Baptist Church has issued a statement saying it will protest the funeral of slain Sgt. Dillon Baldridge in Ashe County, North Carolina, on Friday.

Baldridge, of Youngsville, was one of three soldiers killed in a June 10 operation in Afghanistan. National reports said the soldiers were killed by an Afghan soldier in an apparent inside attack. The Taliban took responsibility for the attack.

“Dillon Baldridge gave his life for the Constitutional right of WBC to warn America.” the statement from Westboro Baptist Church said. “To deny us our First Amendment rights to warn our neighbors is to declare to the world that Dillon died in vain, and that America is a nation of proud, sodomite hypocrites.”

A representative from Baldridge’s family could not be reached for comment.

The Westboro Baptist Church, considered a hate group by the Southern Poverty Law Center, is known for its anti-LGBTQ rhetoric, inflammatory signs and protests at funerals for fallen soldiers. The group links the deaths of military members to an acceptance of LGBTQ rights, and claims the deaths happen because of God’s wrath.

“These soldiers are dying for the homosexual and other sins of America,” the statement said. “God is now America’s enemy, and God Himself is fighting against America.”

The Kansas-based group has been the subject of free speech debates in recent years. In 2011, the Supreme Court ruled the church’s speech and picketing of funerals were protected under the First Amendment.

Congress later passed the Honoring America’s Veterans Act in response to the Supreme Court ruling, adding restrictions to the group’s protesting. The act enforced a distance protestors can picket funerals for fallen soldiers.

Westboro Baptist Church’s statement said the group will protest outside of the auditorium where the public funeral is being held, and in a “lawful proximity” of the service.