In case we needed reminding of just how crucial a role the A-10 Thunderbolt II has played on the post-9/11... 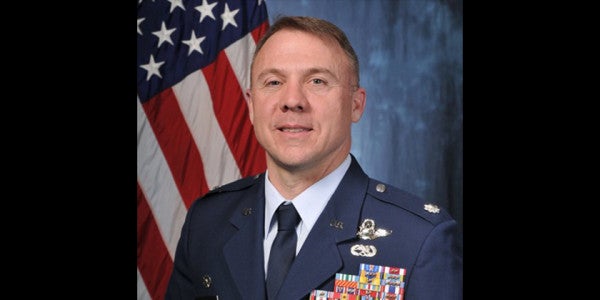 In case we needed reminding of just how crucial a role the A-10 Thunderbolt II has played on the post-9/11 battlefield, a ‘Warthog’ pilot will soon receive the Silver Star for braving enemy ground fire to help beleaguered American forces carve a path to Baghdad during the opening phase of the Iraq War, Air Force Times reports.

Gregory Thornton, now a retired lieutenant colonel, was a captain on April 6, 2003, the day soldiers with the 3rd Infantry Division’s 2nd Battalion, 69th Armor Regiment encountered a phalanx of Iraqi army troops dug in on the eastern side of a bridge spanning the Tigris River. On the other side of the bridge Baghdad was still mostly under Iraqi military control.

As Iraqi tanks and armored infantry fighting vehicles began hammering the regiment’s lead element, Thornton swooped in. A sandstorm rendered visibility dangerous low, but for the next 33 minutes, Thornton and his leader managed to evade what his Silver Star citation describes as an “ever-increasing hailstorm of anti-aircraft fire. According to Air Force Times, Thornton destroyed or dismantled three T-72 tanks, six armored personnel carriers, and several utility vehicles that were within striking distance of the American troops.

“Captain Thornton repeatedly maneuvered his aircraft to within 3,000 feet of enemy forces to bring his 30-millimeter Gatling gun to bear,” a synopsis of the Silver Star citation reads. “This courageous and aggressive attack, while under withering fire and in poor weather, along with Captain Thornton’s superior flying skills and true attack pilot grit, allowed the Task Force and Armor Battalion to successfully accomplish their objective linking up with coalition forces completing the 360-degree encirclement of Baghdad.”

Thornton, who initially received a Distinguished Flying Cross with Valor for his role in the 2003 campaign, was one of eight airmen whose valor awards were upgraded earlier this year following a Department of Defense review of medals bestowed for actions in the wars in Iraq and Afghanistan. The Silver Star is the nation’s third highest award for valor.

Gen. Mike Holmes, the head of Air Combat Command, will present Thornton with the medal in a ceremony on the evening of June 30 at the National Museum of the United States Air Force at Wright-Patterson Air Force Base, Ohio.

The ceremony comes on the heels of the House Armed Services Committee’s 60-1 vote to authorize $696.5 billion in defense spending for 2018, a package that includes $103 million to preserve three A-10 Warthog squadrons, assuaging concerns that the iconic jet will soon be fully phased out of the U.S. military’s arsenal.