"That is heroism. That is what today is about.” 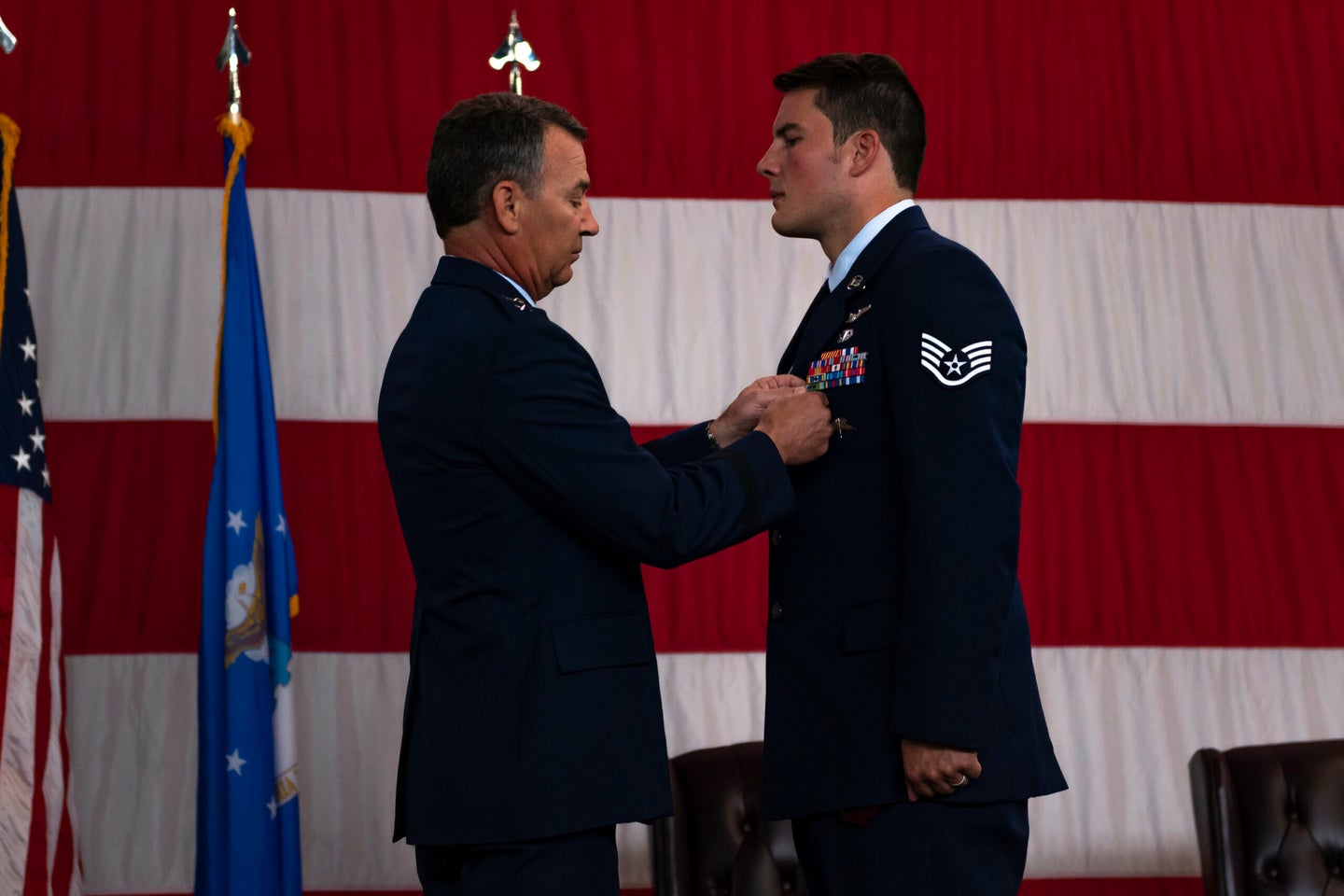 An Air Force pararescueman who repeatedly exposed himself to enemy fire in Afghanistan to aid and evacuate 11 of his wounded teammates was awarded the Silver Star last week.

Staff Sgt. Nicholas Brunetto, a pararescueman assigned to the 38th Rescue Squadron, was attached to a U.S. Army Special Forces team during a mission in Afghanistan in February of this year when they were ambushed, according to an Air Force press release.

The attack left eight U.S. and three partner forces soldiers critically injured. While treating them, Brunetto “determined a blood transfusion was the only hope for one of his teammates,” and proceeded to go back through incoming fire to get more medical equipment, “without regard for his own personal safety.”

Brunetto continued to expose himself to enemy fire while he carried wounded patients to the extraction point, according to the release.

“The [people] there, myself and other guys who were able to do treatment did an amazing job and were able to keep everyone [who] was injured alive,” Brunetto said, according to the press release. “The team as a whole reacted really well to what the situation was and were able to get all the guys out of there fairly quickly.”

The Silver Star is the military’s third-highest decoration, awarded to service members who “distinguish themselves through conspicuous gallantry and intrepidity at the risk of life above and beyond the call of duty,” according to the Defense Department.

Air Force Maj. Gen. Chad Franks, 15th Air Force commander, recognized Brunetto’s heroism during the ceremony at Moody Air Force Base on Oct. 29, saying the Silver Star is a “testament to all of the training and superior leadership” that led up to that day in February.

“Nick was trained and well equipped like every [airman] we send into combat … but today we recognize him for the courage he had to act,” Franks said. “That is heroism. That is what today is about.”

Brunetto credited “the advancement of battlefield medicine,” the press release says, and said he “wasn’t expecting to be awarded for something like [this].”

“A lot of it was just being there and doing the job that I had volunteered for,” he said.