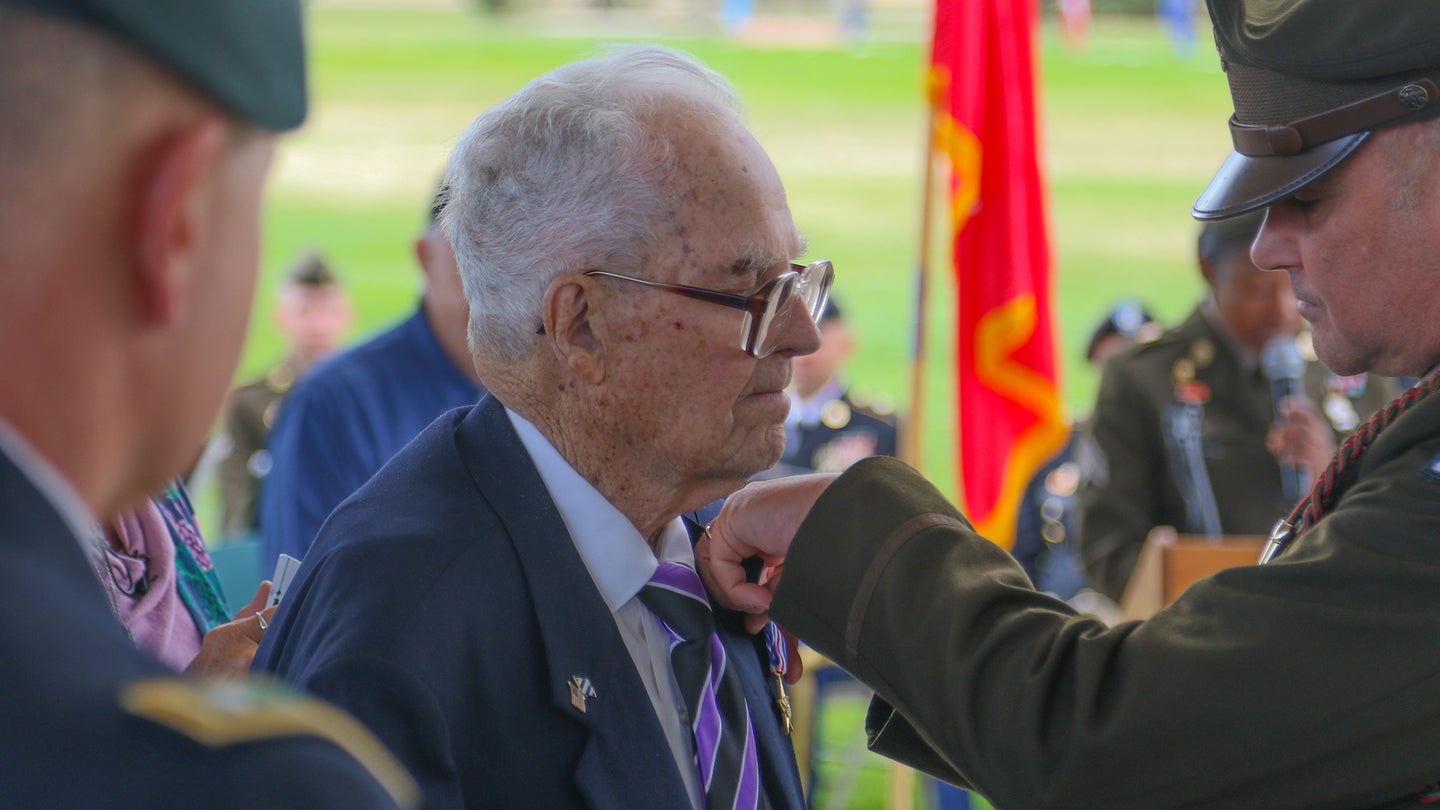 A little more than 77 years after he was discharged, a 107-year-old Army veteran in Colorado received the Silver Star he had been recommended for decades ago.

Harold A. Nelson, a Denver resident who served as an infantryman in the 3rd Infantry Division during WW II, received the medal during a ceremony at Fort Carson, Colorado on Oct. 4. The current 3rd Infantry Division commander, Maj. Gen. Charles Costanza, made the trip out from Fort Stewart, Georgia, to present Nelson with the award.

The 3rd Infantry Division was one of the Army’s most decorated units during the war, serving more than 500 days in combat, and Nelson was right there, in North Africa, Sicily, and Italy.

He was drafted into the Army on July 14, 1941. At 26 years old, Nelson – who very well may be Colorado’s oldest living World War II veteran – was among the oldest new recruits when he was assigned to the 3rd Infantry Division’s 7th Infantry Regiment, his daughter Carolee Soden told the Colorado Springs Gazette in February.

In November 1942, the division landed in Morocco as part of Operation Torch, the invasion of North Africa.

“Imagine trying to go down the rope cargo net and getting into a boat with waves 10 to 20 feet high. You would try to jump into the boat quickly but maybe the boat went down 10 or 15 feet and back up again, slamming against you and the ship,” Nelson wrote to the Gazette earlier this year.

The 3rd Infantry Division soon captured the city of Casablanca, then participated in the invasion of Sicily, the invasion of mainland Italy, and later, Operation Shingle, the amphibious landings at Anzio.

Nelson described at one point running out of ammunition before climbing atop an abandoned German tank to use its machine gun while in Italy. Despite a grenade explosion tearing off his pack, Nelson continued to return fire.

By June 1944 the division was in Rome preparing for the invasion of southern France, when Nelson, who had already received two Purple Hearts, learned he would be furloughed back to the U.S.

When he returned to the U.S. he also learned he had been recommended for the Silver Star, as his commander had written a letter to Nelson’s mother saying as such. He never received the award before being discharged in 1945, though.

A 1973 fire at the National Personnel Records Center storage facility destroyed most of his wartime records, reducing the amount of documentation Nelson could provide as evidence for the award’s recommendation, though.

Nelson petitioned the Army Board for Corrections of Military Records in 2019 and with that old letter from his commander, along with his own detailed account of his service record, Nelson was approved for the award on June 22, 2022.

“I appreciate what they have done. It’s a wonderful thing,” said Nelson. “I guess it means I did what I was supposed to do.”