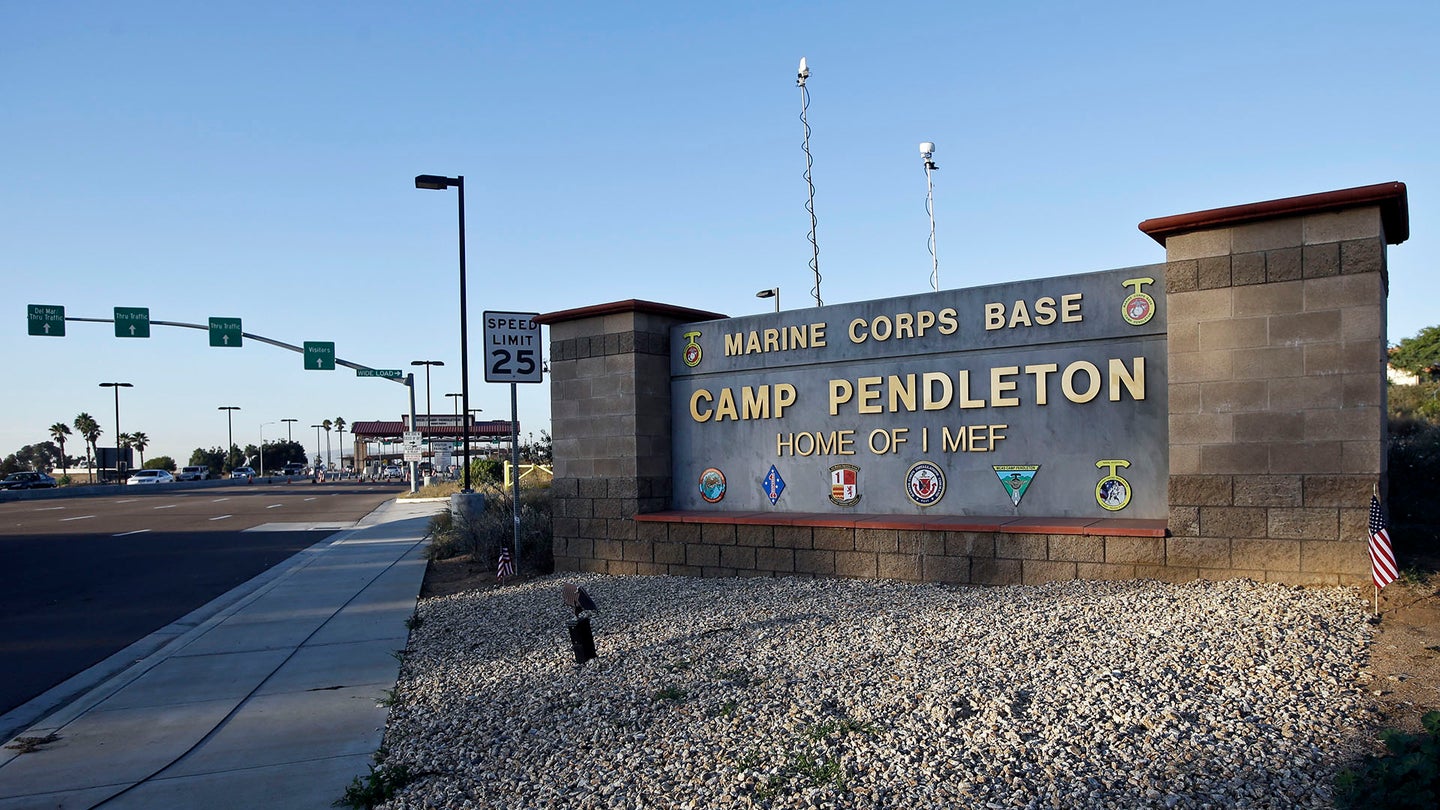 More than 200 Marines at Camp Pendleton, California are stuck in barracks that get so hot that they are coming down with heat injuries, but even though the problem has been reported several times, nothing has been done about it yet, a West Coast Marine told Task & Purpose.

It can get up to 95 degrees and hotter inside Barracks 3382 at the Camp Margarita area of Camp Pendleton, and the Marines living there are coming down with heat rashes and other ailments due to the high temperatures, the West Coast Marine, whom Task & Purpose is not identifying to avoid possible retaliation, said on Monday.

The issue at Barracks 3382 was raised on Reddit earlier this month.

When asked about the heat problem in Barracks 3382, Capt. David Mancilla, a spokesman for Marine Corps Installations – West, said that Camp Marines can report issues with their living quarters to their building managers, submit a ticket to Camp Pendleton’s facilities department or talk to their chain of command or Camp Pendleton’s Unaccompanied Housing Office.

“Supporting our Fleet Marine Force is at the core of our mission,” Mancilla told Task & Purpose. “This includes providing safe, comfortable and well-maintained housing for all service members residing within the installation’s bachelor enlisted quarters.”

However, Marines in Barracks 3382 have used the Interactive Customer Evaluation web system to report the problem several times over the past two years, said the West Coast Marine, who added they have been told that it would be too expensive to fix the issue.

They have also been told that there is no need to improve living conditions because the barracks are supposedly cooled already by an “ocean breeze,” the West Coast Marine said.

But an ocean breeze is not a substitute for air conditioning, said Dr. Daniel Swain, a climate scientist with the University of California, Los Angeles.

“The challenge here is that there may well be a sea breeze much of the time – perhaps most of the time — but of course, those aren’t the days you need the air conditioning,” Swain told Task & Purpose. “It’s when you don’t have that sea breeze.”

California has been in the grips of a relentless heatwave this year. In September alone, Sacramento hit an all-time high of 116 degrees and recent temperatures in San Diego, home of Camp Pendleton, have been up to 15 degrees above normal.

Coastal cities such as San Diego have gone up to 14 days this month without a meaningful sea breeze, Swain said.

“That’s a long period of time,” Swain said. “That’s not just one or two days in a row — it’s a week or 10 days in a row. That’s too long to be without the ability to cool down at night.”

The types of illnesses that high temperatures can cause among troops include heat exhaustion and heat stroke. Heat exhaustion is treated by removing unnecessary clothing, moving the service member to a cooler environment and other measures, according to the Defense Department. Heat stroke is far more serious. It occurs when a service member’s core body temperature reaches 104 degrees Fahrenheit and higher,  and it can result in delirium, seizures,  coma, and even death if not treated quickly.

In June 2021, Marine Pfc. Dalton Beals, 19, died due to extreme heat while taking part in The Crucible portion of boot camp at Parris Island, South Carolina.

When reached by Task & Purpose, Mancilla acknowledged that not all the bachelor enlisted quarters at Camp Pendleton have individual or central air conditioning.

“There is one BEQ [bachelor enlisted quarters] with central air conditioning and a number in which portable air conditioners are available,” Mancilla said. “Camp Pendleton is nearly complete with our most recent BEQ renovation project which includes adding air conditioning and just recently awarded contracts to add air conditioning on two additional BEQs. Since the installation has on the order of 100 permanent party BEQs, this is an important first step towards air conditioning all barracks on the base.”

The heat problem with Barracks 3382is the latest example of U.S. troops being expected to live in substandard or squalor living quarters even though the Defense Department’s annual budget is close to $800 billion.

In November, Task & Purpose obtained video and photo evidence that hundreds of Marines with the 3rd Battalion, 6th Marine Regiment at Camp Lejeune, North Carolina, were forced to live in barracks with rampant mold, cockroaches, and missing beds and other furniture.

More recently, the Army’s 82nd Airborne Division was forced to begin moving roughly 1,200 soldiers to new living quarters after Sergeant Major of the Army Michael Grinston inspected the Smoke Bomb Hill barracks in July and found mold in many rooms as well as other problems, such as a hole in one room’s wall and exposed pipes. These problems were first revealed publicly by Military.com reporter Steve Beynon. Fort Stewart, in coastal Georgia, has also had a major mold problem in its barracks.

Local commanders and senior enlisted leaders can be indifferent to problems such as these until they are exposed by the media. When the Navy’s senior enlisted sailor visited the aircraft carrier USS George Washington in April following the deaths of several of the ship’s crew by suicide, he told the sailors that they had to get used to poor living conditions aboard the carrier while it was undergoing maintenance.

“What you’re not doing is sleeping in a foxhole like a Marine might be doing,” then-Master Chief Petty Officer of the Navy Russell Smith told the crew. “What you are doing is going home at night, most nights, unlike the [deployed aircraft carrier] Harry S Truman. So, when you’re here, some of it is that you have some more stability in that you’re here. The downside is some of the shit that you have to go through logistically will drive you crazy.”

Following negative publicity about Smith’s comments, the USS George Washington’s captain announced a week after Smith’s visit that the carrier’s crew would be moved to living quarters off the ship.

Heat and mold problems in barracks and other living quarters will get worse as the climate warms unless the Defense Department starts investing more of its hefty budget in upgrading heating, ventilation, and air conditioning systems in its housing. With climate change seen as a “a critical national security issue and threat multiplier” by the Pentagon, the Marine Corps can no longer count on a sea breeze to keep Marines cool.