A senior Marine commander has been removed from command of the California-based 1st Reconnaissance Battalion, Marine officials said in a news release late Tuesday evening. 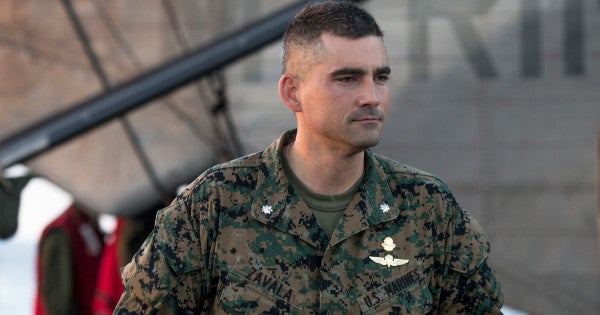 A senior Marine commander has been removed from command of the California-based 1st Reconnaissance Battalion, Marine officials said in a news release late Tuesday evening.

Lt. Col. Francisco X. Zavala was fired on Tuesday by Maj. Gen. Robert Castelvi, 1st Marine Division commander, due to a “loss of trust and confidence” in his ability to lead, officials said in a brief statement.

The Corps routinely puts out vague news releases when commanders are fired that cite a “loss of trust,” offering very little information as to why a commander was removed. But since this release was dropped on reporters on Tuesday evening at 8:06 p.m. Pacific time — a perfect time to bury bad news — we can certainly speculate that whatever Zavala did, it was probably pretty bad.

The removal of Zavala comes amid other high-profile firings of top Corps leaders in recent weeks.

Col. Douglas Lemott Jr., the commander of Marine Corps Cyberspace Operations Group, was relieved of command earlier this week after he was arrested on drunk driving charges in Virginia. Similarly, Col. John Atkinson, commander of Headquarters and Service Battalion in Quantico, Va., was relieved on April 26 over allegations he drove under the influence in Prince William County.