Remember the Marine unit that lost two rifles? Their commander and sergeant major just got fired 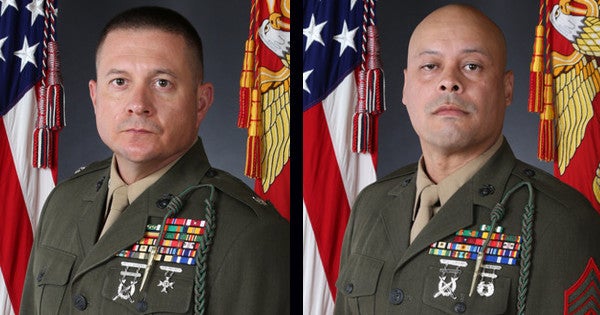 The commander and sergeant major of an infantry battalion that lost a pair of rifles during a December training exercise have been fired.

Lt. Col. Clinton Kappel and Sgt. Maj. Elson Aviles, the command team of 3rd Battalion, 6th Marine Regiment, were relieved of their duties on March 12 “due to a loss of trust and confidence,” said 1st Lt. Dan Linfante, a spokesman for the 2nd Marine Division.

“Decisions like this are taken seriously and with the intent of ensuring a given unit’s continued success in future operations,” Linfante said. “3rd Battalion, 6th Marines remains a proficient unit, capable of performing at a high level and carrying out the full spectrum of operations that are expected of an infantry battalion in the Marine Corps.”

In December, two rifles assigned to Marines in 3/6 went missing in a Camp Lejeune training area. The rifles were never found, and the Naval Criminal Investigative Service is continuing to investigate the matter.

The Corps spokesman declined to say whether the relief was because of the missing rifles. “The circumstances surrounding the relief are specific to the leader-led relationship and thus not open for discussion,” Linfante said.

Lt. Col. Kappel, 42, had been in command of 3/6 for less than six months. He enlisted in the Corps in 1996 and later commissioned as an infantry officer and deployed multiple times to Iraq and Afghanistan, according to an official biography.

Sgt. Maj. Aviles, 41, enlisted in the Corps in 1997 and trained as a combat engineer. He has deployed to Iraq, Afghanistan, and Syria.