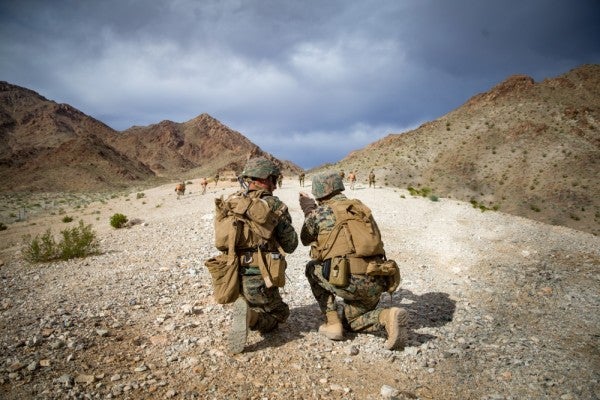 A week before the leadership team of 3rd Battalion, 6th Marines was relieved for a “loss of trust and confidence” in their abilities, five Marines in the unit were injured after an 81mm mortar round landed roughly 30 to 40 meters away during a training exercise, Task & Purpose has learned.

The Marines were assaulting through a live fire range in California known as Range 400 on March 6 when an errant high-explosive round landed nearby, peppering them with a small amount of shrapnel. Fortunately, all five Marines walked away with only minor injuries despite a round landing within “danger close” distance of friendly troops.

“The Marines are now back on full duty,” said Capt. Nicole Plymale, a spokeswoman for the Marine base in Twentynine Palms where the incident occurred. “The incident is currently under investigation.”

Although Range 400 is a live-fire range featuring overhead machinegun and mortar fire as rifle companies attack a fortified objective, the mortar targets are pre-planned and rounds usually land hundreds of meters away from Marines running the exercise.

“One tube was way out to lunch,” a source familiar with the matter said on condition of anonymity.

“The circumstances surrounding the relief are specific to the leader-led relationship and thus not open for discussion,” said 1st Lt. Dan Linfante, division spokesman.

The incident involving 3/6, which has not been previously reported, came a few months after the unit lost two rifles on a field exercise in Camp Lejeune, North Carolina. The rifles have not been recovered and an investigation opened in December remains open, according to an NCIS spokesman.