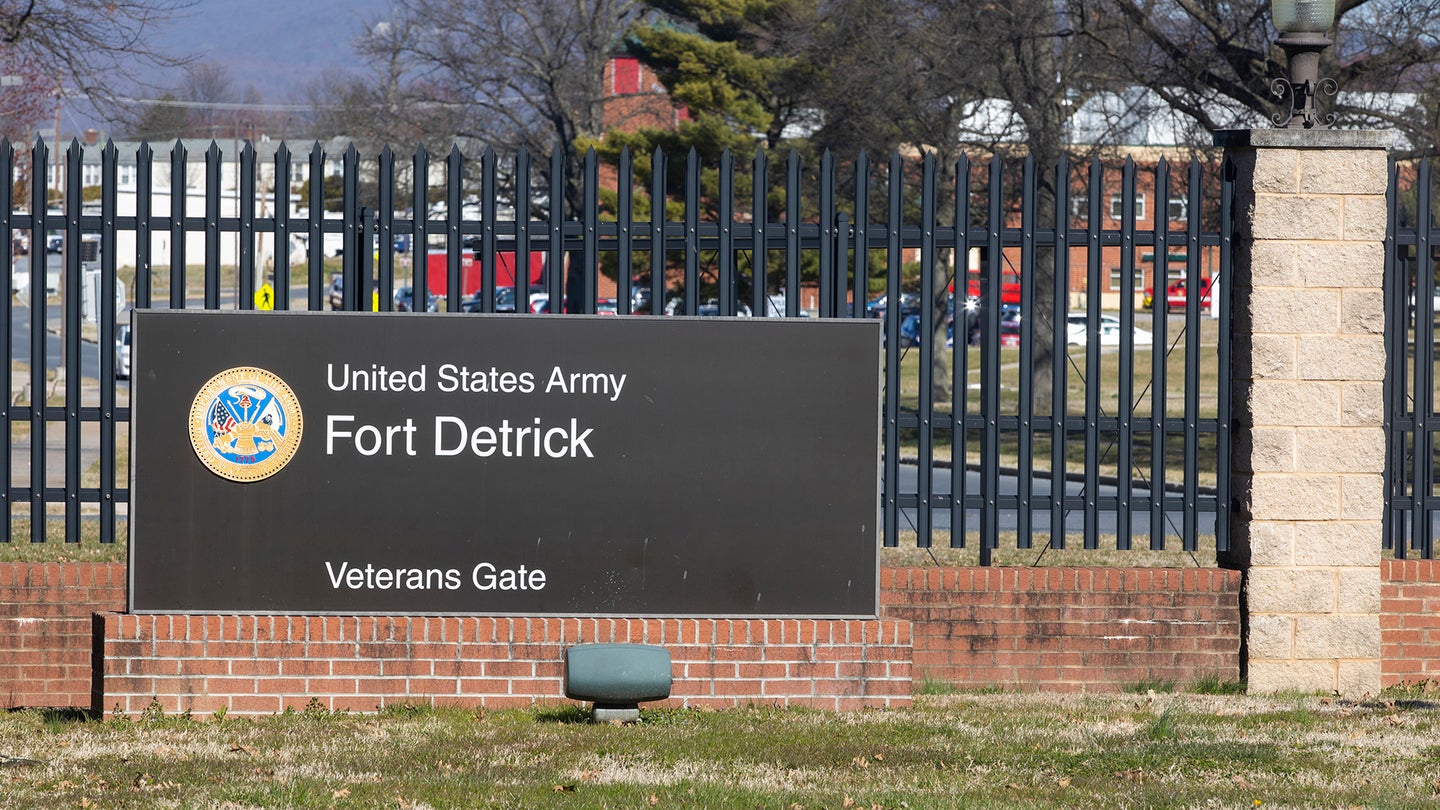 The entrance for Fort Detrick on Monday, March 9, 2020, in Frederick, Md. The U.S. Army Medical Research and Development Command is headquartered at the post.(AP Photo/Jon Elswick).
SHARE

A 38-year-old Navy hospital corpsman was shot and killed on Fort Detrick, Maryland, on Tuesday, after allegedly shooting two other sailors near the base, according to police.

Of the two sailors Woldesenbet is accused of shooting: One remains in critical condition and the other is expected to be released from the hospital on Wednesday, Lando told reporters during a news conference.

Woldesenbet allegedly used a rifle during Tuesday’s shooting, said Lando, who was unable to provide any specific information about what type of weapon it was.

Police were notified about the off-base shooting about 8:20 a.m. and Woldesenbet arrived at Fort Detrick about 25 minutes later, said Lt. Andrew Alcorn, of the Frederick Police Department.

No information about Woldesenbet’s possible motive was immediately available.

Following the shooting, authorities released a “Be On The Lookout” advisory for Woldesenbet’s vehicle, Talley said during the news conference. When Woldesenbet arrived at the front gate of Fort Detrick, police officers tried to pull him over at the gate in order to confirm his identity.

“Before he was able to be searched, he sped past the gate, made it about half a mile into the installation,” Talley said. “He was pursued immediately by the Fort Detrick quick reaction force. They were able to stop him in a parking lot. He then brandished a weapon and our police department was able to neutralize the subject.”

Talley said he estimated that police chased Woldesenbet for up to four minutes after he drove through the front gate.

First responders attempted to save Woldesenbet’s life for about 20 minutes afterward, but he was ultimately pronounced dead at the scene, Talley said.

Fort Detrick is home to the U.S. Army Medical Research Institute of Infectious Diseases, which conducts research on Ebola and other deadly diseases.

UPDATE: This story was extensively updated following a news conference on Tuesday afternoon.