4 Myths Of Mission Command Everyone Should Reconsider

1. The Wehrmacht was the best at it and their military excellence relied on it. The idea of Mission Command... 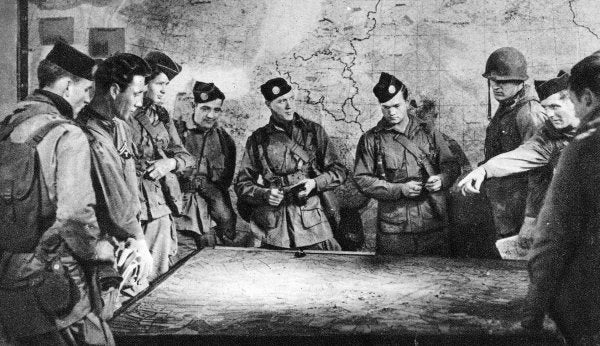 1. The Wehrmacht was the best at it and their military excellence relied on it.

The idea of Mission Command was explicit in German doctrine in the Second World War. However, it is not true that the Wehrmacht always implemented it at every level.

The Wehrmacht's combat performance depended on highly effective often ad hoc combined arms groupings at divisional or corps size. These groupings were given significant latitude to follow their initiative: more so that their equivalent formations in their Allied opponents. They proved highly effective in particular engagements and in battles. However, not all Wehrmacht commanders were free to follow their initiative. Often they were not. Sometime subordinates commanders were given little freedom at all. For instance, during the Battle of France, Erwin Rommel, commander of 7th Panzer Division, is often held out as the avatar of maneuver warfare and, therefore, Mission Command. In fact, he entirely ignored his superior's intentions, while superseding his subordinate regimental commanders at moments of crisis at the Meuse and Arras; he simply took over from them. To his subordinates, he was a highly dirigiste commander and he was not alone.

Of course, even when commanders in the Wehrmacht exercised initiative it was within narrow tactical boundaries. It has also to be noted that while the Wehrmacht sometimes employed Mission Command at the tactical level, it was an army whose generals shamefully abrogated the principle of Mission Command at the strategic and eventually operational level. They simply followed their Fuehrer's orders.

The initiative shown by the commanders of the Wehrmacht's combined arms groups was often a significant factor in their combat performance. However, other factors were also crucial. Above all, irrespective of any putative military genius, the Wehrmacht was a large, well-armed, though under-mechanized, army of a major industrial power; its size alone ensured that it was always going to be difficult to beat in the field. It was also substantially advantaged over its western enemies because, unlike them, it was a politically fanatical force whose troops were unified by intense, though despicable, ethnonationalist beliefs. It was also willing to use corporal and capital punishment liberally to ensure discipline and to motivate the troops; it is estimated that the Wehrmacht executed 15,000 of its own soldiers in World War II.

In the Second World War, it is true that the Allies tended to operate a directive system of command. Commanders at divisional level and below were given narrow domains in which to operate and were typically supervised closely. However, the Allies fully recognized the importance of local initiative; the responsibility of subordinate commanders to act on their initiative if the situation changed was explicitly described in field manuals at the time. Commanders at the tactical level often employed their initiative, although they exercised it, like their Wehrmacht opponents, across a narrow field. Moreover, the Allies tended to concentrate resources not at the level of the combined arms group but at the Army and Army Group level. Artillery, in particular, was massed at this level. The result was that the Allies tended to be a less flexible at the divisional level than the Germans and, therefore, often less successful in engagements. Kurt Meyer, commander of 12th Hitler Youth, was amazed when an attacking Canadian division stopped to wait for air and artillery support south of Caen in late July 1944 when the line was open before them; he, of course, would have pressed on. Yet, by massing forces at the Army level and empowering commanders at this level, the Allies proved themselves to be superior to the Wehrmacht in campaigns where the concentration of truly mass forces became essential. Rather than not practising Mission Command, it would be more accurate to say that the Allies situated Mission Command at a different, higher level to the Germans.

3. Mission Command is a universal across history

It is widely assumed that Mission Command is a singular practice, consistent throughout history. This is false. The practice of Mission Command today is significantly different from the Mission Command of the Second World War. Mission Command which was institutionalized by von Moltke the Elder during the Wars of German Unification and then employed throughout the first half of the twentieth century, referred to a decentralized system of command. In this era, under Mission Command, subordinate commanders were allowed to use their initiative all but autonomously and without fear of creating chaos, because military actions were limited in scope, range and function; the decisions involved only their own forces in small tactical actions. The tactical objectives were set; a commander might change the particular direction of assault. In addition, the limitations of radio communications ensured that commanders would often be out of contact with their superiors. They had to follow their initiative or inertia would take over. Mission command in the twentieth century was an individualist, 'laissez-faire' system, temporarily empowering local commanders to make autonomous decisions as they saw fit when they were out of contact with their superiors.

Today, although it still refers to local initiative, Mission Command is a quite different practice. The range and scope of military operations have expanded. Consequently, even low level tactical commanders have to orchestrate a diversity of ground, air and maritime forces on highly complex operations; informational, psychological and civil factors are also often relevant. Consequently, even when they exercise initiative, commanders cannot act genuinely autonomously – as they once did. They cannot just follow their instinct. Even as they respond to new situations, they have to integrate their decisions with other command echelons and with supporting and neighboring forces. The exercise of local initiative, which certainly still occurs and is indeed requisite for military success, therefore now involves the close integration of command teams. Coordination and synchronization is paramount, not just immediate action. Commanders need to understand, prepare and rehearse the exercise of initiative so that they are fully apprised of the kind of decisions which they and their subordinates are likely to have to make, as circumstances change. Mission command has become a collective, highly professionalized system of decision-making.

5. Mission Command relies on the individual instinctive of the commander

'The more I practice, the luckier I get'. Arnold Palmer was talking about golf but his aphorism holds for the military. In the past, intuition, instinct, sometime irritatingly called Fingerspitzgefuehl by English speaking officers, coup d'oeil, genius etc were all highly relevant to an individualist system of Mission Command, although, in fact, the most successful forces prepared carefully for operations with detailed planning, preparation and rehearsal. When instinct refers to accumulated experience and a suite of pattern recognition models, it is certainly highly relevant today. However, in the twenty-first century, planning, preparation and rehearsal has become imperative. If commanders are to be able to exercise initiative effectively while still maintaining operational coherence, decision-making at each level has to be anticipated, practiced and envisaged before an operation has begun. Decision Point Tactics, in which a range of possible future decisions are envisioned by the staff in order to accelerate and refine decision-making in action, are one way in which American and British forces are trying to institutionalize and professionalize intuition. Intuition is now, ironically, best exercised through close and careful, collective preparation – not individual instinct on the spot.

Anthony King is Chair of War Studies at the University of Warwick, UK. His book Command: The Twenty-First-Century General will by published soon by Cambridge University Press.