Retired Navy Admiral Gets Off Light In Bribery Scandal

A retired two-star Navy admiral has received the lightest of slaps on the wrist after an investigation found he asked... 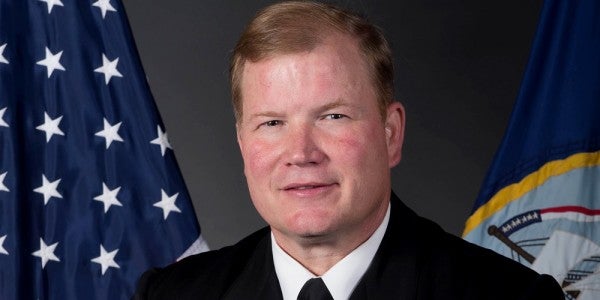 A retired two-star Navy admiral has received the lightest of slaps on the wrist after an investigation found he asked for and received gifts from a defense contractor, to whom he gave lucrative information.

Mark Montgomery, who retired in 2017, is the latest officer to be tied to Leonard Francis – whose nickname “Fat Leonard” has become synonymous with a culture of corruption within the Navy that was tolerated at the service’s highest levels.

Navy Secretary Richard Spencer determined that Montgomery committed graft and other offenses from 2007 and 2009 while he led Destroyer Squadron 15 based out of Yokosuka, Japan, said Cmdr. Jereal Dorsey, a Navy spokesman. Montgomery also provided a false official statement to Navy officials about his relationship with Francis in 2018.

For his actions, Montgomery has received a letter of censure, Dorsey told Task & Purpose.

Washington Post reporter Craig Whitlock first reported on Monday that the Navy had officially censured Montgomery. Earlier in November, the White House rescinded Montgomery’s nomination to serve in the U.S. Agency for International Development without an explanation.

A letter of censure is the lightest form of punishment that Montgomery could have received, said retired Marine Lt. Col. Guy Womack, a Houston-based defense attorney, who represents service members.

“He will continue to draw his full pay of the rank at which he retired and enjoy all of the other benefits that he otherwise would get his for his service and his rank,” Womack told Task & Purpose on Monday.

“In essence, the letter of censure is a meaningless gesture. No one will ever see it. It doesn’t go into any kind of civilian record. It really is just like sending in a hate letter. It has absolutely no consequence to him at all.”

White House spokespeople did not respond to multiple requests for comment from Task & Purpose. Montgomery could not be reached for a response on Monday.

SEE ALSO: The Cash, Bribery, And Prostitution Scandal That Continues To Haunt The Navy