The Navy Turns Out The Public Affairs Lights After The Fat Leonard Scandal, And Other Military Mischief

Here's a rundown of some recent military mischief: A Marine brigadier was removed from his job for talking like a... 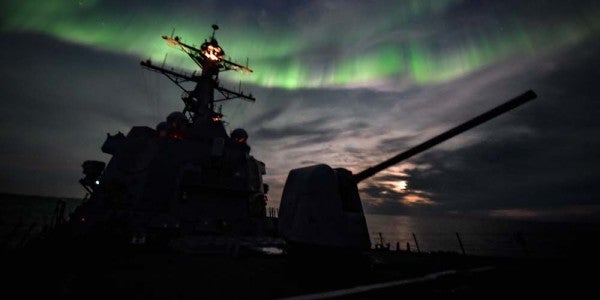 Here's a rundown of some recent military mischief:

Finally, an Australian officer who was serving aboard the USS Blue Ridge got vacuumed into the Fat Leonard rich food scandal. Yet the U.S. Navy, having pondered the lessons of the Fat Leonard scandal, has decided that it is going to stop routinely disclosing the reliefs of commanders.

Appreciate the shout out Craig. Big step backwards for the Navy. Should be transparency when something bad happens. Sailors deserve to know &American people deserve to know.

Interesting comment from Army Lt. Col. Daniel Sukman in the March issue of ARMY: “the military should highlight the moral and ethical failures of senior leadership before exposure by media or adversary groups.”

In another article in the same issue, retired Army Lt. Col. Pete Kilner makes a similar point, writing that, “the Army is not the CIA. Its operations should be open to public debate and accountable to the American people.”

In short, this is a stupid move by the Navy, and its leaders should be ashamed of themselves. FWIW, this also decreases civilian control. If I were a member of an Armed Services committee, I’d rap some knuckles on this one.