Perhaps Fighting In The Civil War Wasn’t So Great

There are few things more annoying to me on the internet than nostalgia clickbait videos. It’s a simple formula: Take... 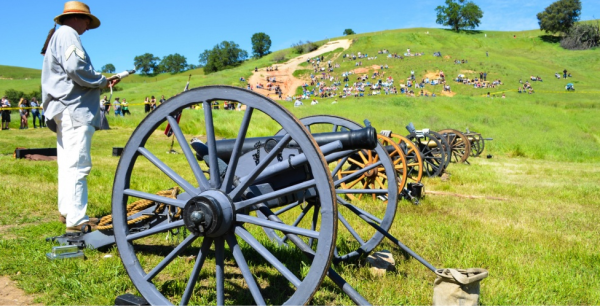 There are few things more annoying to me on the internet than nostalgia clickbait videos. It’s a simple formula: Take a time period, play to people who grew up in that period, and toss in a bunch or broad statements and images about how that was the best period (like the Civil War)—ignoring all of the bad things that were going on in that period.

These videos highlight toys, child rearing, television programming, etc. But again, they typically ignore the fundamental truth that every generation had its own share of foul-ups, catastrophes, and embarrassing social issues that don’t really make them as great as we think they are.

This is no different for warfare. We yearn for conflict of old and declare previous generations much more honorable and tougher when the simple and statistical fact of the matter is that they had their own share of problems.

For every person who decries the current generation of service members, it’s worth mentioning that today’s grunt is better educated, carries more weight, and has inherited the longest war in American history. Occasional modern headlines, like Marines urinating on dead Taliban, make national news while gross examples of war crimes committed by previous generations are often swept aside in popular history.

War has always been a nasty, dirty endeavor. But with major advancements in medicine and technology, the chances of survival for a 21st-century soldier wounded on the battlefield is significantly higher. That’s not because they’re weaker. It’s because we live in a better time.