Stan Lee, who helped create Spider-Man and other comic book superheroes that transformed the industry and raked in billions at... 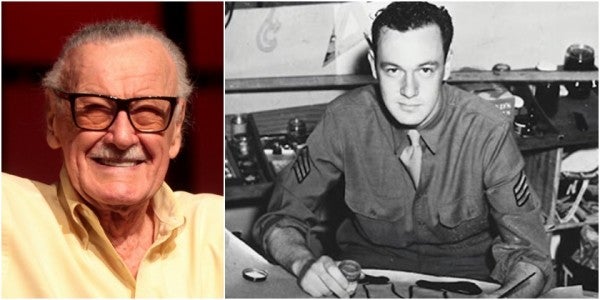 Stan Lee, who helped create Spider-Man and other comic book superheroes that transformed the industry and raked in billions at movie box offices, has died. He was 95.

The Associated Press reports that Lee died Monday at Cedars-Sinai Medical Center in Los Angeles, according to Kirk Schenck, an attorney for Lee’s daughter, J.C. Lee.

Stan Lee started working as a comics writer in the 1940s and helped guide the rise of Marvel Comics into a powerhouse in the 1960s.

In recent years, he was credited as associate producer for many of the blockbuster movies — including multiple sequels — starring Marvel characters Iron Man, X-Men and Captain America, in addition to Spider-Man.

Lee was also a staple at fan conventions, including Comic-Con in San Diego, where new generations of fans paid homage to his work.

Though ultimately showered with adulation and praised as a cultural transformer, Lee said he was often embarrassed by his profession when he started in the 1940s.

“I would meet someone at a party, and they would ask what I did and I would say, ‘I’m a writer,’ then start to walk away,” Lee said. Pressed for details, he would say he wrote for magazines. And if pressed further?

“Finally I would say, ‘Comic books,’” Lee said. “And they would walk away from me.”

But half a century later, Lee was considered a superhero to fans who mobbed him at conventions and to Hollywood producers whose films based on his characters made billions at the box office.

As the guiding force behind the spectacular rise of Marvel Comics in the 1960s, Lee — and his artistic collaborators — devised characters that broke the mold of conventional comic book superheroes: No longer were they one-dimensional costumed crusaders who were all good and struggled against villains who were all bad.

Comic book creator @TheRealStanLee has passed away at the age of 95. Lee served in the #USArmy Signal Corps during WWII from 1942-1945. We are deeply grateful for his service to our country and for his tremendous support to servicemembers. #Excelsior! pic.twitter.com/P9tdwoxxx2

Marvel’s superheroes, which Lee developed with Marvel artists such as Jack Kirby and Steve Ditko, not only battled complex villains but also their own personal demons in stories that have been praised for their “wit and subtleties” — ingredients that greatly expanded the appeal and readership of comic books.

Lee and Kirby launched the new era of humanized comic-book superheroes in 1961 with the debut of the Fantastic Four: Mr. Fantastic, the Invisible Girl, the Human Torch and the Thing.

And although they gained superpowers, they also retained their all-too-human personalities.

Although Richards amazingly could now stretch and bend his body into any shape as Mr. Fantastic, for example, he could be as boorishly long-winded and pompous as ever. And Grimm could caustically reprimand him by saying, “You don’t have to make a speech, big shot!”

With its success, the Marvel universe expanded to include the Incredible Hulk, the X-Men, Mighty Thor, the Silver Surfer, Doctor Strange, Daredevil, the Invincible Iron Man, the Avengers and many other characters.

But the character that Marvel had the most success with was Spider-Man, which Lee and artist Steve Ditko introduced in August 1962.

Spider-Man’s alter ego, Peter Parker, was a bookish and alienated teenager who gained his superpowers after being bitten by a radioactive spider.

Although the web-slinging crime fighter clashed with various villains, he was still the same geeky Parker: a bookworm who is bullied by football players, ignored by girls and lives with his motherly aunt, who reminds him to wear his galoshes in the rain.

“You ask the audience to suspend disbelief and accept that some idiot can climb on walls,” Lee said in a 1992 Washington Post interview, “but once that’s accepted, you ask: What would life be like in the real world if there were such a character? Would he still have to worry about dandruff, about acne, about getting girlfriends, about keeping a job?”

Gary Groth, co-founder of comics and graphic novels publisher Fantagraphics Books, told the Los Angeles Times in 2002 that Lee’s reputation rested on approximately nine years of work, from 1961 to 1970, and mostly in collaboration with Kirby and Ditko.

“What he did in those nine years and what he helped Kirby and Ditko achieve — the kind of synergy they must have had working off each other — was a high-water mark in the history of the comic book,” Groth said.

Tall, lean and fit, with a trim mustache and green-gray eyes hidden by his trademark prescription sunglasses, Lee was much sought after by the media. He did interviews, appeared on TV talk shows, lectured at universities and, in 1972, even presented an “Evening With Stan Lee” at Carnegie Hall.

“Stan, because of his personality and ability to talk in front of people, became the spokesman for all the comic books,” Bill Liebowitz, long the owner of Golden Apple Comics in Los Angeles, said in a Times interview before his own death in 2004. “He’s the guy who got on Johnny Carson, the guy who always got interviewed, because he had a quick wit and easy way about him.”

He was born Stanley Martin Lieber to Romanian immigrant parents in New York City on Dec. 28, 1922. While in high school, his flair for writing landed him a part-time job turning out advance obituaries of famous people for The Associated Press, a job he quit after growing “tired of writing about living people in the past tense.”

After graduating in 1939, Lee landed an $8-a-week job as an editorial assistant at a small publishing company in Manhattan owned by Martin Goodman, the husband of Lee’s cousin.

One of the earliest publishers of pulp magazines, Goodman published comic books under the name Timely Comics.

From sweeping floors and proofreading, Lee quickly worked his way up to assistant to Kirby, then the art director, and Joe Simon, the editor.

His first written piece for Timely (later renamed Atlas Comics before becoming Marvel Comics in the early ‘60s) appeared in Captain America No. 3 in May 1941: “The Traitor’s Revenge!”

By August, he was a published comic book scriptwriter. But instead of using his real name, he used the pen name Stan Lee. With ambitions of becoming a novelist, he later said, he didn’t want to have his real name associated with what he considered “these silly little books.”

When both Kirby and Simon left Timely Comics in 1941, Lee, not yet 19, was asked to fill in as editor and art director. By then, he was writing many of the company’s comic book scripts, finding that his longtime love of reading and going to the movies helped him come up with simple plot ideas.

After Pearl Harbor, Lee enlisted in the Army but remained stateside during World War II, writing instructional manuals and scripts for Signal Corps training films. In his spare time, he freelanced comic book scripts for Timely. After the war, he returned to his old job.

In 1961, he was about to follow through on one of his periodic threats to quit the comic-book business when publisher Goodman asked him to come up with a team of superheroes to compete with DC Comics’ (then called National Periodical Publications) new Justice League of America series featuring its stable of superheroes that, among others, included Superman, Batman and Wonder Women.

He had planned on telling Goodman he was going to leave the company, he recalled, but that night his wife talked him out of it.

As recounted in his 2002 book “Excelsior!: The Amazing Life of Stan Lee” (written with George Mair), his wife told him that it was a perfect opportunity for him to create comic book heroes the way he’d always wanted to write them: characters who speak like real people and have depth and substance to them, and he could do it in a style he’d always wanted to do that would attract older readers as well as younger ones.

On a creative roll throughout the ’60s, Lee scripted most of Marvel’s superhero comic books but began to have less hands-on involvement beginning in the ’70s. In 1972, he stepped down as editor-in-chief and became Marvel’s publisher and editorial director.

By the late ’70s, Lee was primarily writing only the Spider-Man newspaper cartoon strip, which his brother Larry drew, and spending the rest of his time supervising the transition of Marvel’s characters into other media such as “The Incredible Hulk,” the hit TV series starring Bill Bixby and Lou Ferrigno.

In 1998, Marvel filed for bankruptcy, voiding a $1 million a year contract with Lee. This set off a complex series of lawsuits, filed by Lee and in some cases filed by others against him. In 2005, Marvel and Lee reached a settlement over film royalties, the terms of which were not made public.

Lee is survived by a daughter, Joan Celia Lee, and a brother, Larry Lieber. Joan, his wife of nearly 70 years, died in July 2017 and a second daughter died shortly after birth in 1953.