An Iraq War veteran has delivered a ‘beautiful, violent and almost perfect’ new novel about the American military machine

'Missionaries' is horrifying and refreshing, challenging us to reflect not just on the destruction of our own national institutions but also on the ugly and ongoing consequences of American power abroad 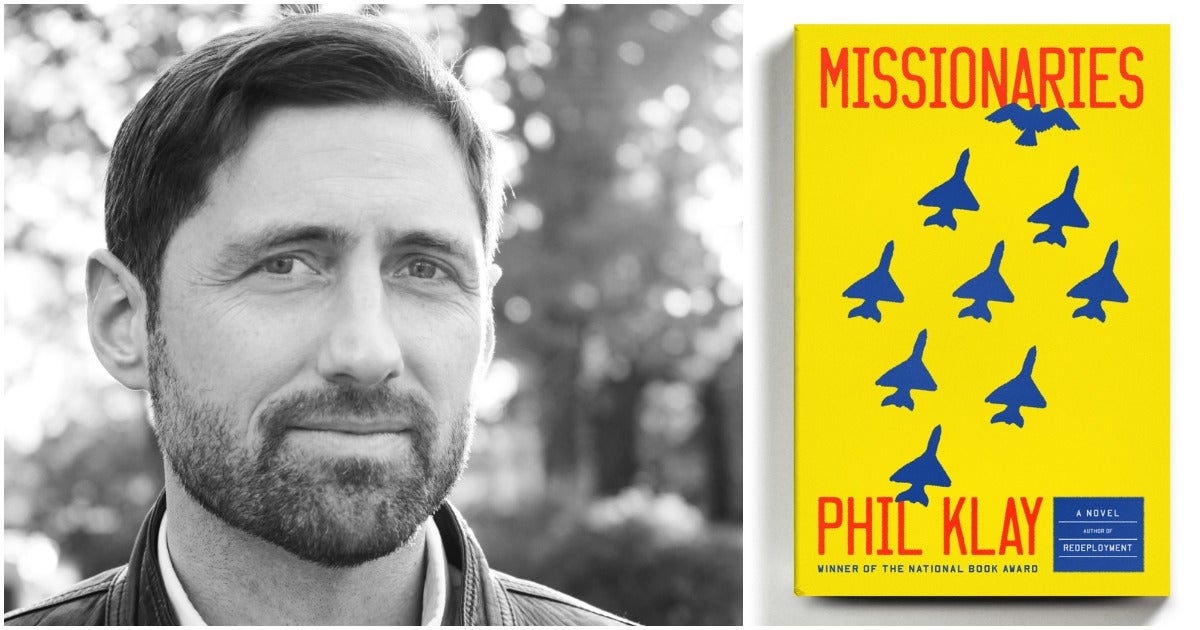 “Here is what happens when a man is chainsawed in half in the public square of a village,” reads a sentence in Missionaries, the beautiful, violent and almost perfect new novel by Phil Klay. It’s not the first sentence in this long, winding journey across the killing fields sowed by the American empire. But it gives a flavor of its brutality and raw power.

An Iraq War veteran and author of Redeployment, a short story collection about our misadventures in Iraq and Afghanistan and one of the best books of 2014, Klay has now grafted his skill at smaller set pieces onto a much larger project. Missionaries not only revisits the ugly conquests in the Middle East and Central Asia (and introduces heartbreaking characters you would hate to see cut in half) but also attempts something altogether old-school: to make a complex and thought-provoking argument about American foreign policy over the last generation.

The novel starts slowly — almost fatally so, becoming mired in a milieu we’ve seen too often before. A wire journalist named Lisette lives in the “Kabubble” of wartime Afghanistan. In these early pages, hoary cliches about the way the news sausage gets made coalesce around Lisette’s rush to file a 125-word news brief. The process-heavy scene, establishing one of the novel’s major characters, is not totally lame but toggles between mild tone-deafness and mere proof of research. Perhaps you’ve heard journalism is “the first draft of history?” “I realize I’m running out of steam,” Lisette says inanely. “Or maybe I’m running out of f—.” OK.

Klay finds his footing just in time, as Lisette leaves Kabul and texts an old flame, a soldier turned contractor. “Are there any wars right now we’re not losing?” He responds with one word: “Colombia.”

Using his formidable gifts for scene-setting, meaningful irony and deep human empathy, Klay weaves together a set of stories over the course of nearly three decades: Young Abel, his family slaughtered in a Colombian village, rising in the ranks under Jefferson, his brutal paramilitary boss; Juan Pablo, a colonel in the Colombian military, whose only daughter, Valencia, finds herself face to face with Jefferson; American soldiers Mason and Diego, groomed on the frontlines, adapting to a war in which even the concept of victory is lost in the fog; and finally the reporter Lisette, who brings everyone together in a gory denouement.

Among the sundry military men, aid workers and journalists, Abel is the heart and soul of this sprawling story. In a dark and thrilling twist, his struggles to be good in the face of Jefferson’s savagery sometimes feel doomed, in part because of the warlord’s charisma: He is a kind of sadistic warrior saint, a conscienceless Lao Tzu. “In ancient times,” Jefferson muses, “all wars were holy wars,” Later, trying to explain why he’s so loyal to his power-mad boss, Abel mumbles something about protecting freedoms. “Only a slave fights for freedom,” Jefferson says. “Men fight for something more.”

It’s almost Cormac McCarthyesque, the lurid appeal of Klay’s depraved moral universe. Jefferson takes Abel up onto a mountain, where a compatriot has been beaten and killed. They don’t mention the corpse. Jefferson lights a big fire. Abel considers whether he’s about to burn to death. “He moved mechanically, without expression,” he says of Jefferson, “and I wondered whether he was capable of love or horror. Inside my own hollow body, inside the space where my soul had been, echoes of pain and loss rang out, and I knew my nightmares would never cease.” Spoiler: more nightmares to come.

Klay isn’t just assembling dispatches from the moral void; he has larger aims. Jumping ahead in time — while maintaining masterful control — he begins to connect the violence of Colombia to America’s Afghanistan fiasco in sneaky and profound ways. “Combat is not like people think,” a soldier explains during a raid in one of those jaw-droppingly gorgeous Afghan valleys. “It’s much slower and more deliberate.” With muscular and compact sentences and dazzling details, Klay zooms in on a young boy walking back to the ruined village, evidence of America’s hollow victories. “In a couple of years,” a U.S. soldier says, “you think we’ll come back and kill him?”

Amid raging fires and illness and constitutional crises, Klay’s book roars something vital: Never forget about war or the blood and bone and the evil and the reckless idealism of who we all really are. We send men (and women) out to fight. For what? And what happens to them when they return?

More could and should be said about the writing of actual Iraqis and Afghans and Colombians who grapple with these stories as survivors, instead of works by a generation of young, mostly male U.S. veterans with their own trauma but also the comforts of empire. Some of these victors’ histories likely won’t endure, like Kevin Powers’ hammy, overcooked 2012 novel The Yellow Birds. But others, like Klay’s “Redeployment” and now this excellent novel, seem poised to educate us for many wars to come.

Well worth the wait, Missionaries is (among its many virtues) a prime example of what can ideally follow a first great war book. Intricate and ambitious, it’s a rich network of converging stories in which the plot itself becomes the destiny of its characters. And the ceaseless engine driving it forward is American foreign policy, oriented as it always is toward the previous war. U.S. soldiers learned techniques in the Balkans that they deployed in Iraq, a system of targeted raids and assassinations on steroids that was easy to export to Colombia (and Yemen and on and on in the forever war).

Missionaries is horrifying and refreshing, challenging us to reflect not just on the destruction of our own national institutions but also on the ugly and ongoing consequences of American power abroad. It bears remembering, that somewhere, in a lab or on some ugly white board, yet another too-clever American idea is being readied for deployment.