‘The Punisher’ Is Here And It’s Filled With Guns, Violence, And Veteran Stereotypes

Brace yourself: Netflix’s The Punisher is finally here. After more than a year of Twitter and Instagram teasers, the much-hyped... 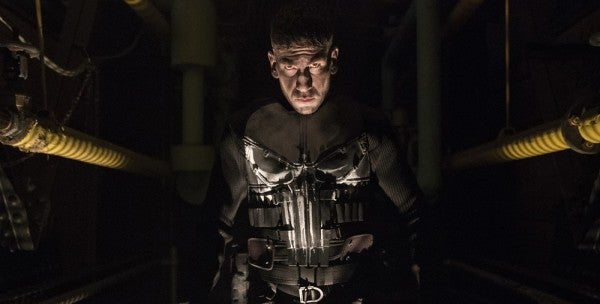 Brace yourself: Netflix’s The Punisher is finally here. After more than a year of Twitter and Instagram teasers, the much-hyped Daredevil spinoff starring Marvel’s most badass veteran arrived for streaming on Nov. 17… and he’s not alone.

In The Punisher, we get good-vs-evil plots, tangled moral dilemmas that are resolved with explosions and well-placed rounds, and a whole squad of military-veteran side characters — a smattering of cliches and stereotypes who are all trying to answer the same question: What’s a warrior without a war?

If you’re anti-hero Frank Castle, the answer is nothing. So you just up and start a fracas with some nefarious secret-agent types. For the other vet characters, it’s (a little) more complicated.

Task & Purpose received early access to the first half of the The Punisher’spremiere season, and just six episodes in, Frank Castle has already filled scores of body bags on his quest for vengeance.Be warned: There are a few spoilers ahead.

The show picks up immediately where Daredevil Season 2 left off, with Jon Bernthal of The Walking Dead fame reprising his role as Castle, the titular Marine vet who adopts the Punisher nom de guerre after his family is brutally murdered.

At first, their deaths appear to be little more than the tragic collateral damage of gang-related violence, but they’re revealed to be the machinations of shady government actors. Castle launches a search for the man directly responsible for his family’s death: a CIA spook known as “Agent Orange” who oversaw Castle’s off-the-books assassination squad in Kandahar, Afghanistan.

"Ours is not to reason why. Ours is but to do or die." #ThePunisher pic.twitter.com/91RtG5Ir8C

Unlike other shows in the Marvel cinematic universe — Daredevil, Luke Cage, Iron Fist, Jessica Jones, or The Defenders, to name a few — The Punisher diverges from the tech-heavy gadgetry or superheroics of its sibling series, relying instead on human greed and brutality to drive the story forward. It’s a gritty approach that grants the show its own distinct flavor of bloody vengeance-fueled rampage.

In terms of veteran characters, there’s Billy Russo, Castle's one-time battle buddy from their days in the Marines, played by Ben Barnes, who now runs a security firm called Anvil under the auspice of giving former gunslingers a new purpose. Then there’s Curtis Hoyle (Jason R. Moore), a combat-wounded amputee and former Navy corpsman who runs a support group for transitioning veterans, while also working a day job as an insurance salesman, and moonlighting as Castle’s personal physician and confidant.

And there’s more — including at least one Second Amendment-stumping vet convinced that the government’s out to disarm good patriots like him; a special operator who cloisters himself in the woods like a bow-toting hermit; and in one of the more egregious acts of stereotyping, there's a young post-9/11 vet struggling with traumatic memories who takes to sleeping in a foxhole in his backyard.

With all those earnest, addled characters running around, you could end up with a flat, unfunny Navy SEALs or Delta Force rehash. Enter David Lieberman (Ebon Moss-Bachrach), a former NSA analyst who goes by the handle “Micro” and teams up with Castle to uncover what really happened in Kandahar. Castle's a big brute. Lieberman's a tall beanpole. Castle takes fights head on. Lieberman plans methodically and manipulates from afar. What’s a comic book universe without an “unlikely duo”?

This pair’s back and forth is a play on a common-enough stereotype: Non-operators lack discipline and never want to get their hands dirty, which is why they need a real man to show ‘em how it’s done. Welcome to TV’s Grunt vs. POG showdown, only this pogue is a nasty desk-riding cyber-spy civilian.

The veterans in The Punisher are many, and they are a mix of tragic heroes, broken men, and war profiteers all searching for new meaning and purpose amid a sense of alienation from apathetic civvies back home. Fair enough, but it’s up to viewers to decide whether the show’s portrayals of vets reflect reality as it is, or reality as they want it to be.

Nobody should want their reality to be this nasty and brutish, but if you expect your entertaining fantasy violence to come with a butt-load of moto and action, you’re in the right place. Frank Castle certainly keeps his promise of dealing out punishment, not justice, to those who wronged him.