Season two of 'The Punisher' is what happens when you give an unstoppable force an arsenal, and put it up against a flimsy cardboard wall. 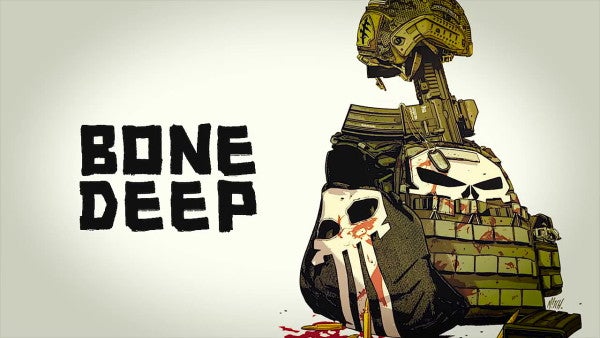 Why, oh why didn't you just kill Billy Russo when you had the chance, Frank?

That's the question I asked myself throughout the entirety of The Punisher's second season, which Task & Purpose had a chance to review ahead of the show's Jan. 18 release. Most of those 13 blood-soaked episodes would have been unnecessary if Jon Bernthal's titular character had just killed, instead of maimed, his one-time friend and brother in arms at the end of season one.

Fortunately for us, and less than fortunate for Frank and the villains he sets his sights on, he didn't, and that means we get another season of rip-roaring revenge. (Warning: there are mild spoilers ahead.)

The second season picks up where the first left off, with Frank Castle having successfully killed or otherwise dispatched everyone involved in the death of his family. He's now on the road, wandering from town to town, and for one brief moment — so brief it doesn't last to the second episode — Frank has a chance to start anew. He meets a nice woman, they spend an evening (and awkward morning) together, and he considers a different path.

And then it all promptly goes to shit.

By the end of episode one Frank is standing in the center of a bar covered in blood with bodies piled up around him, and he's found himself the de facto protector of a juvenile delinquent who's being hunted by a team of assassins. Frank's new charge, Amy Bendix (Giorgia Whigham), is on the run from a Christian fundamentalist named John Pilgrim (Josh Stewart) who was sent to hunt her down because she's gotten ahold of some photos that could be compromising for a powerful American political family.

He's back to finish the job.

And then, almost as soon as this story arch is introduced, the show pivots and Frank and his new protege, who's there as much to get into trouble as to deliver sassy one-liners, are whisked away to New York to hunt down Russo who's escaped from the hospital, and to make him pay for his deeds.

Which makes it particularly disappointing, for both Frank and the audience, when it's revealed that Russo doesn't remember a damn thing about himself. Once a cold-blooded killer who betrayed everyone who ever cared for him, all for a corner office and a paycheck — he's now just a patchwork of shattered memories, haunted by the leering white skull that The Punisher wears on his flak jacket. For Russo, he's still back in the sandbox with his buddies. They're still Marines, still brothers, and so when Frank comes for him, it's actually Russo who feels betrayed.

That's really what season two is all about: tit for tat vengeance.

Despite that jumbled pile of confusing plot-lines, the second season delivers on some of the show's strongest elements. The cinematography and choreography are as beautiful as the combat sequences are brutal, and the show seamlessly incorporates its numerous veterans backstories in a way that feels natural and plausible, well, for the most part.

When Russo is re-introduced, he's seen sporting a mask that he's painted during his recovery — a nod from show runner Steve Lightfoot to an art therapy project used to help patients with traumatic brain injuries and post-traumatic stress disorder. In another scene, Frank drops the “vet card” when he casually explains away his ass-kicking proficiency with “I was in the Marines.” Then there's “Valhalla,” what Russo and his crew call their hideout, and the use of “mic” instead of minute, casually tossed about acronyms like “CQB,” and other bits of military lingo sprinkled in like so much prepackaged MRE seasoning.

Beyond little snippets of dialogue, the characters' military service feels integral to their identity, rather than just a throwaway explanation for why they're all so damn good at shooting people. This is particularly true for Frank Castle, whose time in the Marine Corps provides the foundation for his beliefs: It explains his rage at Russo's betrayal, and his singular focus on the task at hand.

In one scene, Frank, sporting his signature flak jacket and white skull motif, takes on a dozen disheartened veterans that Russo has pulled to his side by the lure of money, power, and a restored sense of purpose.

The ensuing brawl is less of a fight between men than what might happen when you give an unstoppable force a submachine gun, and put it up against a flimsy cardboard wall, instead of an immovable object. By the end of the bloodbath, much like the end of the season, punishment has been dealt, loose-ends tied up, and only one man is left standing.

I'm pretty sure you can guess who.

SEE ALSO: Marvel's Baddest Vet Is Back In 'The Punisher' Season 2