"Ultimately, we've all put our reputations on the line to deliver actual completed segments of wall on the border, and that's what we have to do before we put any of these doubts to rest." 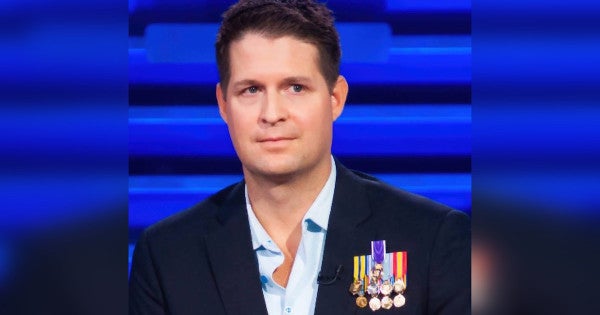 The wounded Iraq veteran who raised $22 million to pay for a wall along the U.S.-Mexico border insists that his donors' money is being used for its intended purpose, but declined to offer evidence to Task & Purpose since a “major network” is apparently about to do a big exclusive that would put to rest any concerns over the group's finances.

Brian Kolfage, who lost both legs and his right arm while serving with Air Force security forces in Iraq in 2004, said he couldn't provide Task & Purpose with receipts showing how the money he raised was being spent, he claimed, since he had already provided financial records to another media outlet for an exclusive story.

He declined to name which network he was working with. Dustin Stockton, vice president of strategy and marketing for Kolfage's nonprofit We Build The Wall Inc., later told Task & Purpose he could not say when the network story would run.

“We have a very strict deal,” said Kolfage, “Instead of jumping the gun like everyone else, I urge you to remain patient otherwise it will be you who looks absolutely ridiculous with fake news. The network we gave exclusive to has way too big of a reach so we are not going to budge on anything.”

“Sorry man, it's all a big exclusive on a major network,” Kolfage said in a follow-up via Twitter. “Not releasing anything. We have posted enough on social media.“

In December 2018, Kolfage began a GoFundMe campaign to raise $1 billion to be donated to the federal government to build the border wall, but after he announced in February that donations would actually go to a non-profit organization that would build the wall itself, GoFundMe offered refunds to his contributors.

Kolfage, who previously ran a number of websites that touted fake news and conspiracy content, quickly urged his donors to redirect their contributions to his new organization We Build The Wall Inc., and most of those who had given money complied.

Of the money raised, $14 million was sent to the new organization and $6 million was refunded, said GoFundMe spokesman Bobby Whithorne.

Although the GoFundMe campaign was discontinued, Kolfage was able to raise an additional $6 million “offline” through cash donations and checks, none of which can be refunded, Whithorne said.

We Build The Wall Inc. applied with the Internal Revenue Service for status as a 501(c)(4) non-profit group on Jan. 8, according to a receipt from the IRS the group provided to Task & Purpose.

The Daily Beast recently reported that some donors want to know what Kolfage is doing with their money, especially since construction on the border wall was supposed to begin in April. “We break ground on our first section this month,” Kolfage told One News Now in early April.

Twitter users have also suggested that Kolfage could have used the donations to buy a boat, of which he has posted pictures on Instagram. The fact-checking website Snopes said it had “found no evidence” Kolfage had used wall money for the yacht or other personal items.

Stockton told Task & Purpose that the Air Force veteran purchased his boat before the GoFundMe campaign was launched and the bylaws for We Build The Wall Inc. say, “Mr. Kolfage will take no salary for the performance of his duties as President of the Corporation.”

The group also never established a firm deadline for when construction on the wall would begin, according to Stockton.

“There were several points along the way where we said that May and June were our target,” Stockton said. “We got a little overconfident on one deal we were working, thinking we would be able to break ground in April. Like with any multi-million construction project, sometimes you hit obstacles that delay you for a little bit.”

The wall project “hit some snags regarding liability and surveying” that slowed things down by a couple of weeks, said Stockton, who declined to say whether Kolfage's group has obtained the property easements needed to build the wall.

Kolfage has shared video on his Facebook page that purportedly shows steel bollards being cut for the wall and images of failed Kansas gubernatorial candidate Kris Kobach allegedly using construction equipment to inspect steel that will be used for the border wall.

The group is looking for smuggling routes along the southwestern border where the wall should be built, according to We Build The Wall's website.

“We are presently working with US Customs and Border Patrol experts and other US Border Security Service professionals who are highly experienced in these matters,” the website says.

When asked who these experts are, Stockton gave only one name: Brandon Darby, a conservative activist who used to run Breitbart Texas.

Kolfage's organization understands that it needs to demonstrate to donors soon that it is using their money to begin build the border wall, Stockton said.

“Nothing we say is going to make a bit of difference until we show the actual construction,” Stockton said. “We know that with the donors; we know that with the media; ultimately, we've all put our reputations on the line to deliver actual completed segments of wall on the border, and that's what we have to do before we put any of these doubts to rest.”

SEE ALSO: Pentagon to transfer $1.5 billion to border wall from Afghan forces and other areas