He allegedly used some of those funds to pay for a 40-foot luxury fishing boat named 'Warfighter.' 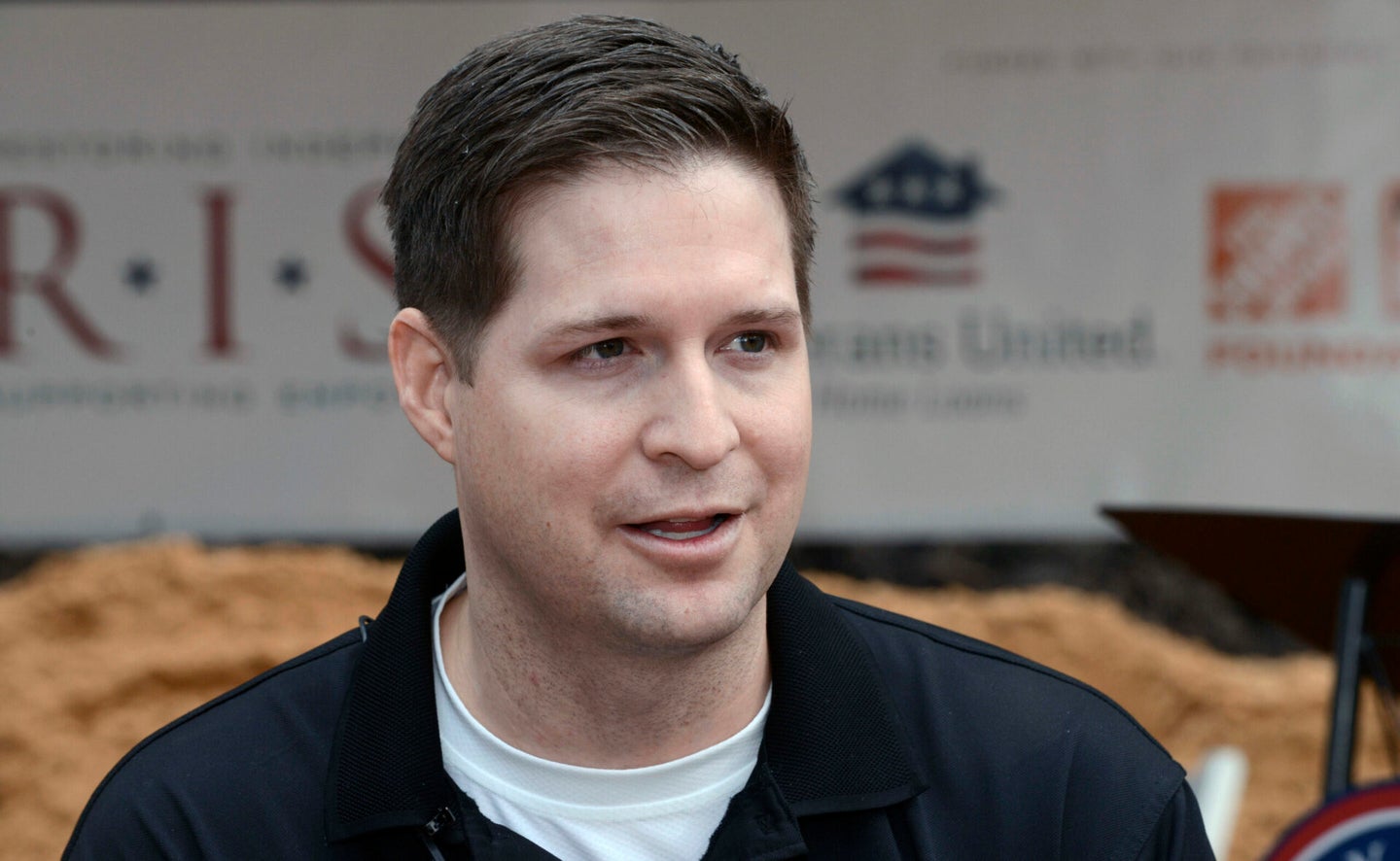 An Air Force veteran who raised more than $25 million through GoFundMe for a privately-built wall along the U.S. border with Mexico was charged with filing a false tax return and fraud this week, a mere seven months after he was charged with fraud associated with his fundraising attempt.

Brian Kolfage, a former Security Forces airman who lost both his legs and a hand in a 2004 rocket attack in Iraq, was indicted in Pensacola, Florida this week for allegedly filing a false 2019 tax return and fraud, Bloomberg first reported. He reported an income of $63,574 that year, when he knew the true amount was far greater than that, prosecutors allege.

The charge says Kolfage failed to report hundreds of thousands of dollars that he received from his fundraising campaign, which he conducted in December 2018 to help then-President Donald Trump build a wall along the southwestern border between the United States and Mexico. Kolfage originally intended to raise $1 billion and give it to the government to build the wall. But in February 2019, he announced that the donations would instead go to a non-profit that would build the wall, prompting GoFundMe to offer refunds to his contributors.

Kolfage then tried to urge contributors who had already sent money to transfer their donations to his new non-profit, We Build The Wall Inc., which he led along with former Trump adviser Stephen Bannon and two others who were later charged with fraud. Though Kolfage and Bannon pledged that every cent of the donations would go to building the wall, federal prosecutors in New York charged the pair last August of doing the exact opposite.

In fact, Kolfage allegedly took more than $350,000 in donations for his personal use and Bannon allegedly received more than $1 million from We Build The Wall, of which he is accused of spending hundreds of thousands of dollars on personal expenses, the Justice Department said in August. Some of that money was allegedly used to buy a 40-foot fishing boat called ‘Warfighter,’ along with home renovations, a luxury SUV, a golf cart, jewelry, plastic surgery, and credit-card debt, Business Insider reported.

Though Trump later pardoned Bannon on his last day in office, Kolfage and the two other defendants are still on the hook as the New York case is ongoing. The Florida case, meanwhile, alleges that Kolfage failed to report the hundreds of thousands he allegedly received from the wall campaign when he filed his 2019 tax return. Kolfage then tried to cover up his tracks when he took out the funds, according to court documents shared by Business Insider.

“Oftentimes, the deposits were obscured by passing through multiple organizations, corporations, entities and persons before being deposited into the personal bank account Brian G. Kolfage maintained,” prosecutors wrote.

Of the $25 million initially raised by the GoFundMe, $14 million was transferred to We Build The Wall, and $6 million was refunded, a GoFundMe spokesman told Task & Purpose in May 2019.

“As alleged, not only did they lie to donors, they schemed to hide their misappropriation of funds by creating sham invoices and accounts to launder donations and cover up their crimes, showing no regard for the law or the truth,” Inspector-in-Charge Philip R. Bartlett said in the August press release. “This case should serve as a warning to other fraudsters that no one is above the law, not even a disabled war veteran or a millionaire political strategist.”