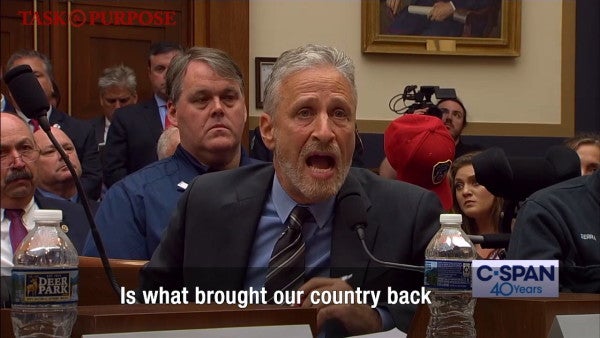 Former 'The Daily Show' host Jon Stewart got heated while speaking to members of Congress about extending health care funding for the 9/11 first responders on Tuesday.

Stewart appeared before lawmakers from a House Judiciary subcommittee on Tuesday to advocate for the permanent funding of the 9/11 Victim Compensation Fund.

“As I sit here today, I can't help but think what an incredible metaphor this room is for the entire process that getting health care and benefits for 9/11 first responders has come to,” Stewart said in his opening remarks. “Behind me, a filled room of 9/11 first responders; and in front of me, a nearly empty Congress.”

“It's an embarrassment to the country and a stain on the institution and you should be ashamed of yourselves, for those who aren't here, but you won't be because accountability doesn't appear to be something that occurs in this chamber,” he said.