On the morning of September 11th, Navy aviator Capt. Frank Lee Culbertson was stranded in outer space as the terror attacks unfolded. 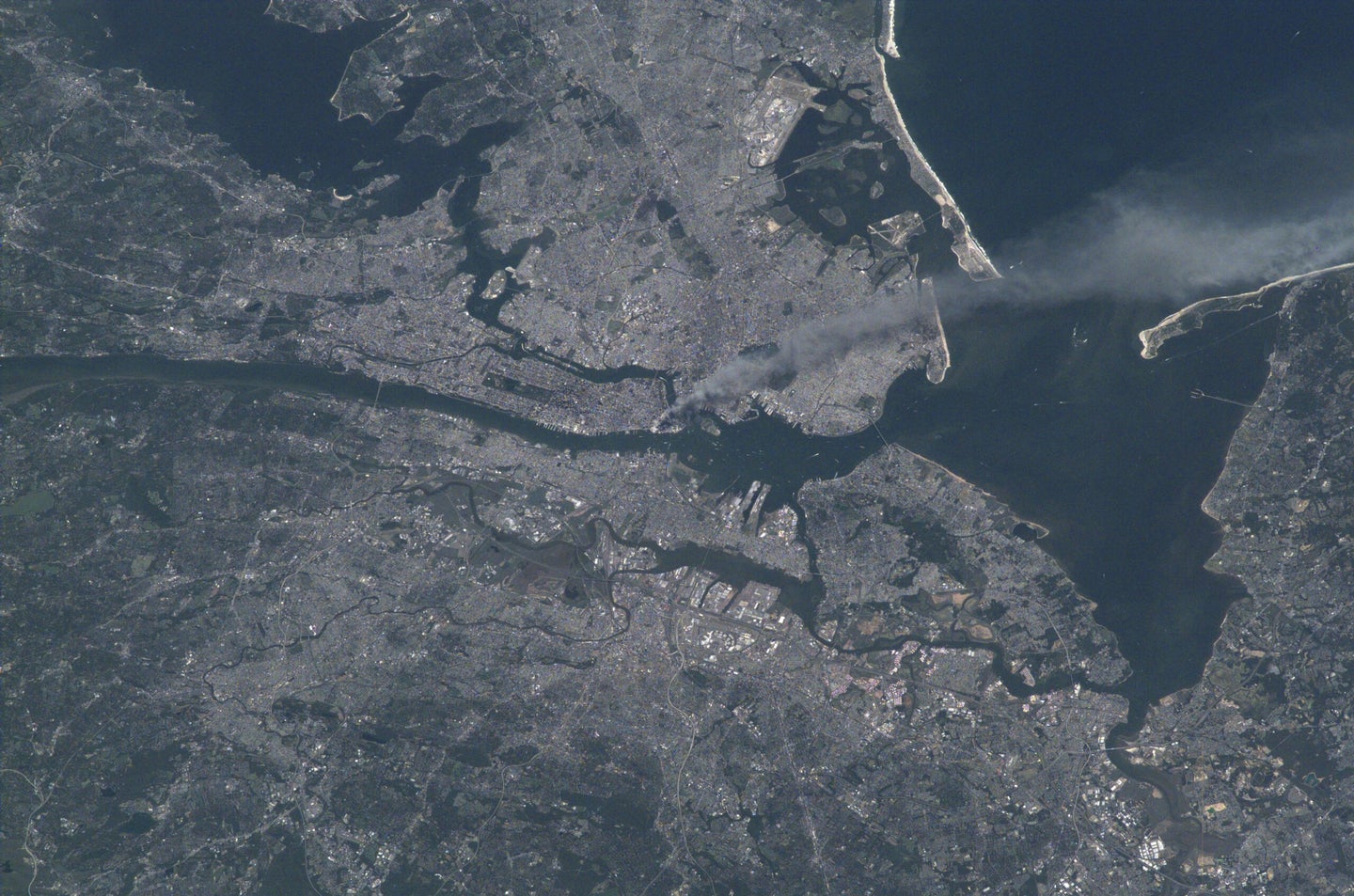 Visible from space, a smoke plume rises from the Manhattan area after two planes crashed into the towers of the World Trade Center. This photo was taken of metropolitan New York City (and other parts of New York as well as New Jersey) the morning of September 11, 2001.
SHARE

Editor’s note: This article was originally published in September 2017.

The question of “where were you on Sept. 11?,” the traditional addendum to the distinctly post-9/11 rallying cry of “never forget,” means something different to the service members and veterans who saw combat in the Global War on Terror than it does for the average civilians. Thousands of military personnel sprang into action on that Tuesday, from racing toward the World Trade Center and Pentagon alongside first responders to securing U.S. air sovereignty from the cockpit of an F-15. In the decade that followed, more than 3 million Americans joined the armed forces. The attacks were an unmistakable call of duty, one that Americans are still answering 19 years later.

But there was one U.S. service member who felt helpless in the face of the century’s most heinous terrorist attack. He was Navy aviator Capt. Frank Lee Culbertson, and on 9/11, he was stranded in outer space.

The moment that al Qaeda hijackers flew American Airlines Flight 11 into the World Trade Center’s North Tower, Culbertson was 220 miles above the Earth’s surface aboard the International Space Station, one month into his stay as commander of the Expedition 3 mission there. A former F-4 Phantom pilot with the USS Midway in the 1970s, F-4 program manager, and veteran of three spaceflights after joining NASA in 1984, Culbertson’s seen some shit from his high-tech nest screaming across the sky. But in a letter reflecting on the events of Sept. 11 just days after the attacks, Culbertson described the surreal scene unfolding on the island of Manhattan below:

I had just finished a number of tasks this morning, the most time-consuming being the physical exams of all crew members. In a private conversation following that, the flight surgeon told me they were having a very bad day on the ground. I had no idea…

He described the situation to me as best he knew it at ~0900 CDT. I was flabbergasted, then horrified. My first thought was that this wasn’t a real conversation, that I was still listening to one of my Tom Clancy tapes. It just didn’t seem possible on this scale in our country. I couldn’t even imagine the particulars, even before the news of further destruction began coming in.

The other members of Expedition 3, Russian cosmonauts Vladimir Dezhurov and Mikhail Tyurin, were “clearly sympathetic” when Culbertson relayed the flight surgeon’s assessment of the news on the ground. But the true scope of the attack didn’t sink in until the ISS passed over New England just minutes later:

It’s horrible to see smoke pouring from wounds in your own country from such a fantastic vantage point. The dichotomy of being on a spacecraft dedicated to improving life on the earth and watching life being destroyed by such willful, terrible acts is jolting to the psyche, no matter who you are. And the knowledge that everything will be different than when we launched by the time we land is a little disconcerting.

Despite having a front-row seat to the horror unfolding miles below, Culbertson expressed his faith that even if he couldn’t answer the call of duty at that moment, his fellow service members absolutely would.

“I have confidence in our country and in our leadership that we will do everything possible to better defend her and our families, and to bring justice for what has been done,” Culbertson concluded. “I have confidence that the good people at NASA will do everything necessary to continue our mission safely and return us safely at the right time. And I miss all of you very much.”