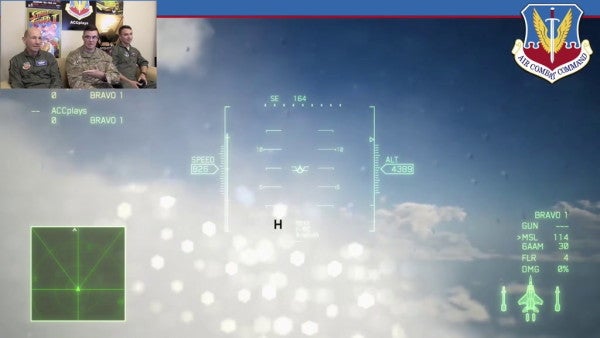 A big stereotype surrounding U.S. service members and veterans is that they are defined only by their military service, from buying “Dysfunctional Veteran” t-shirts to playing hard-boiled, high-octane first-person shooters like Battlefield and Call of Duty (we honestly have no ideawhere anyonecould getthat impression).

But the folks at OSD (formerly called Operation Supply Drop), a non-profit veteran service organization that aims to help troops and vets connect with each other through free video games, service programs and other activities, recently found that most of the gamers they've served actually prefer less military-centric fare like sports games and fantasy RPGs.

Which specific games, you might ask? According to OSD CEO and executive director Glenn Banton, the most requested video game among U.S. service members and veterans is … FIFA?

“[It's] the oddest thing,” Banton said. “You'd think Madden would be their sports game.”

According to Banton, the Madden series of football games actually came in second while immersive role-playing games like Skyrim, Fallout and Witcher 3 came in third.

By clocking in at fourth place, first-person shooters such as Call of Duty, Battlefield, Destiny, Halo and Gears of War don't even get a podium spot. Binging up the rear in fifth place are party games like the racing game SpeedRunners and the melee brawler Gang Beasts.

Banton said that this list was drawn from 4,000 to 5,000 OSD requests made from units that represent at least 500,000 U.S. service members around the world. And according to Banton, some of the game developers he works with are surprised to hear that troops don't just want to blow stuff up when they play games (at least not all the time).

“They asked, 'why would someone in the military want to play Madden?'” Banton recalled one developer saying. “And I was like 'what a weird question.'”

Pushing back on the Call of Duty stereotype is part of Banton's mission as he works with developers to sign up for the Supply Drop program and OSD's digital distribution platform Games to Grunts, which offers free access keys for a wide range of Steam games for service members and vets to enjoy.

Games to Grunts only has a limited number of access keys for each game, but OSD works with developers and publishers to continually populate its inventory with new games.

But while video games may be selling like hotcakes, Banton said OSD distributes four times as many board games. And that's not unsurprising: All you need for board games is a flat surface and time, he said, whereas video games might be limited by access to consoles, controllers, and decent internet in a unit's given location.

Will free video games and board games alone make the world a better place for troops and vets? Well, yes. But Banton hopes the games will connect troops with some of OSD's more substantial offerings, such as professional development classes, community service programs and social events like workouts, hikes, and tailgates.

Banton hopes Games to Grunts can serve as a gateway to help connect troops and vets to those in-person support networks promoted by OSD. Eventually, 18-year-old enlisted kids downloading Tekken 7 off of Games to Grunts will get out of the military, he said, and when that happens, they'll certainly need mentorship and community to thrive in the civilian world.

“It's all about connecting people,” Banton said. “Society and culture as a whole requires real, physically proximate relationships in order to have good mental health and wellness. I'm seeing that grow more and more in vet spaces.”