Editor’s Note: This interview originally appeared on Front Towards Gamer, a digital gaming publication by Operation Supply Drop, and includes... 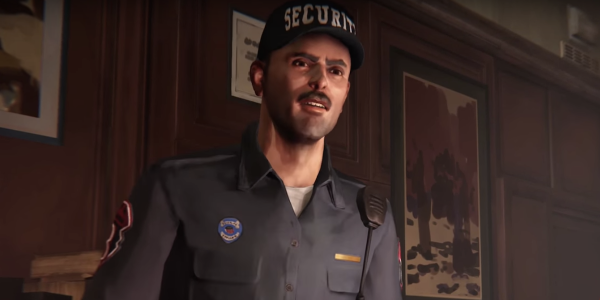 Editor’s Note: This interview originally appeared on Front Towards Gamer, a digital gaming publication by Operation Supply Drop, and includes some spoilers about the video game, “Life is Strange.”

Portrayals of veterans in media, film, and television often come under attack for being overly simplistic, one-dimensional caricatures of tired stereotypes. Beginning most notably with Rambo, the entertainment industry has been criticized — mostly by veterans themselves — for reaching for the low-hanging fruit and preying on irrational fears of the crazed returning combat veteran.

Video games are no different. In a country where the military is tiny relative to the population (less than 1%), we experience our military mostly through entertainment. Be it “Lone Survivor,” “American Sniper,” or “Call of Duty,” for most Americans, experiencing the military occurs chiefly through a glossy screen while pounding a Mountain Dew. These interactions inform how and what we think about the military and the men and women who choose to serve.

When pundits and Supreme Court Justices invoke Jack Bauer and “ticking time bomb” scenarios or former Secretary of Defense Robert Gates warns that many Americans have a “cartoonish” view of what the military is actually capable of, largely informed through popular culture, we have a real problem.

The same can be true for veterans. When veterans commit crimes, media outlets often tout their military service record to demonstrate lethality and scour medical records to find links to past mental-health problems.

It is for the above reasons that I have been so impressed with the way that David Madsen, a secondary character in the episodic video game, “Life Is Strange,” is portrayed. He is the first veteran I’ve seen in a video game who is nuanced and complex without being needlessly stereotyped. As a veteran and gamer, it is refreshing to finally see a depiction of a veteran that feels true. He’s not glorified for his service, nor is he demonized.

Actually, he’s an asshole. But a well-meaning asshole.

“Life Is Strange” puts you in the shoes of Max Caufield, an 18-year-old student at the prestigious art-focused high school, Blackwell Academy, in the fictional town of Arcadia Bay, Oregon. Through the course of five episodes, you spend your time investigating the disappearance of Rachel Amber, a popular Blackwell student, and the strange events that begin happening in the town. Max gains the supernatural ability to rewind time, giving the player the ability to make different decisions based on things you learn. While there are puzzles to solve, most of the game is narrative-based and progression depends on the decisions you make through conversation with the game’s characters.

David Madsen is the head of security at Blackwell, and by all indications, he’s the only security at the school. He wears a cap that says “SECURITY” in bold letters across the front and has what one game commenter described as “the traditional authority look – mustache and crew cut.”

David’s character is initially built with the blocks of just about every veteran stereotype I can think of. He is from the South, a gun enthusiast and concealed-carry holder, a fan of right-wing talk radio, obsessed with surveillance and security, and anti-intellectual (“I don’t trust grown men with goatees”). He views everything through the prism of security and is convinced there is some ominous plot unfolding, which in the context of the game, is actually correct.

He’s a hard character to like and quickly establishes himself as one of the early antagonists, getting in Max’s way on a number of occasions. He’s overly aggressive and seems to hassle the young women at Blackwell, always suspecting them of doing drugs or being generally up to no good. Every interaction with him is confrontational. He also doesn’t hide his general feelings for the students and faculty of the school, describing them as a too “PC” and a bunch of “art farts.”

But as the game progresses through the episodes, David’s character is slowly unpacked and revealed to be more than just the sum of common veteran stereotypes. The game’s developers purposely introduced all of the characters as typical archetypes with the intent of revealing their true characters as the game unfolds.

Outside of Blackwell, David is the stepfather to one of the game’s central characters, Max’s best friend, Chloe Price. Chloe’s father was killed in a car accident and her mother, Joyce, remarried David. As Max explores the Price home and speaks with Joyce, David is revealed to be a loving man trying to rebuild the family, with Chloe acting as the main impediment.

At the end of episode two, Max is faced with intervening in the suicide of Kate Marsh, another student at Blackwell who is the subject of a bullying campaign. During Kate’s suicide attempt, David can be seen running to the door of the dormitories to try to save her. He never makes it up in time, and if Kate does kill herself, David is seen in the epilogue as distraught over his failure, his wife comforting him in front of a setting sun.

Later in episode three, Max is given the choice to side with either Chloe or David in a pivotal argument. While siding with Chloe solidifies that relationship, it comes at the cost of David being shunned by his wife and stepdaughter. If Max sides with David, Chloe gets pissed, but David is thankful and explains to Max that he actually admires her, and he is just trying to do what is in the best interest of the students’ safety.

Beyond David as a character, I’ve been interested in the way other characters in the game respond to David’s behavior.

Based on Max’s choices, there is a possibility of David slapping Chloe when he finds her with marijuana in her room. It’s a jarring scene. When Max confronts Chloe’s mother, she dismisses his actions with the line, “He’s paid his dues in war.” That kind of reflexive defending isn’t uncommon in the real world, where bad behavior by veterans is often defended by themselves and others by virtue of their prior wartime service.

In conversation, Max often appeals to David’s character by reminding him that he has nothing to prove, he’s a combat veteran after all. She doesn’t disparage his military service either; rather, she usually refers to it in a positive, respectful light.

David’s military service seems distant though, experienced in the game as something that happened long ago. A picture of David in his combat gear, shaved and fit makes him appear youthful and from another time. David’s war isn’t Max’s war, it’s just this thing that happened in the past, somewhere else.

To 18-year-old Max, David looks and seems similar to how Vietnam veterans appeared to me when I was growing up.

Although there are no overt indications that David is suffering from post-traumatic stress disorder, a thorough examination of David’s garage reveals a well-worn copy of a book titled “Coming Back Home: A Veteran’s Guide.” That doesn’t necessarily mean he has PTSD, but the vibe that the game gives off is that David struggled to readjust to civilian life, which is true for many veterans, whether they have PTSD or not.

But that doesn’t stop people who play the game from automatically assuming that David has PTSD. While researching this article, in all of the forums where David is discussed, the fact that David is suffering from PTSD is projected onto him because of his military service. It is discussed matter-of-factly, as if coming home with PTSD is an automatic parting gift from the desert, despite research estimating the true number is closer to 20%. PTSD is also used in these online discussions to explain his aggressive behavior, even though having PTSD does not necessarily make a person more prone to violence.

It’s not that surprising that so many people would automatically assume he is suffering from PTSD. If you are outside of the concentric circles that connect Americans to the military, then the only time you interact with the military or veterans is likely through popular culture, sensational headlines, and veteran-as-victim narratives.

Thankfully, David’s portrayal in “Life Is Strange,” despite initially appearing to be a cookie-cutter stereotype, is actually being revealed to be much more complex. By making David a veteran, and initially introducing him as the sum of all veteran stereotypes before unpacking him as a complex, living, breathing human being, the game is helping to normalize the veteran as just another member of society — like a teacher, a doctor, or waitress.

In fairness, there is still one episode left in the video game series. Anything can happen, and if you have been playing the game, you know that statement is absolutely true. But so far, just about every character has been slowly revealed, making it very difficult to dismiss any single character outright or to say with any certainty you really know what the hell is going on and who anyone is.

The game’s developers didn’t have to make David a veteran at all. But they did. And as long as he doesn’t blow up Blackwell Academy, we should be good.