“Prisoner of War,” a new short film written and directed by Matthew R. Sanders and produced by Marty Skovlund Jr.,... 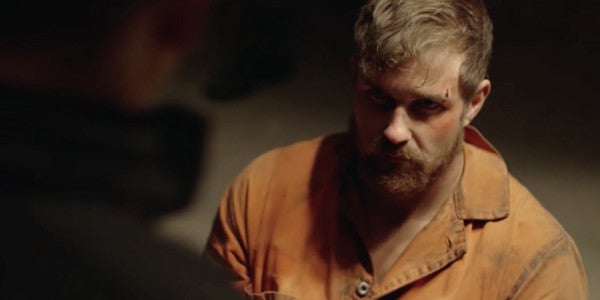 “Prisoner of War,” a new short film written and directed by Matthew R. Sanders and produced by Marty Skovlund Jr., brings the inner battle of struggling veterans onto the screen.

The film, which was released on Veterans Day, features a nameless character in an orange jumpsuit, who is interrogated and tortured by unknown assailants in an unmarked facility. There is a heroic, albeit tragic, nobility in the man’s unwillingness to crack, but ultimately, both he and the audience know it’s only a matter of time.

“Prisoner of War” was created with the support and funding of GallantFew, a nonprofit that focuses on veteran transition issues including suicide, joblessness, and homelessness. Karl Monger, GallantFew’s founder and director, addresses the audience at the film’s close, encouraging veteran viewers in need, to reach out for help.