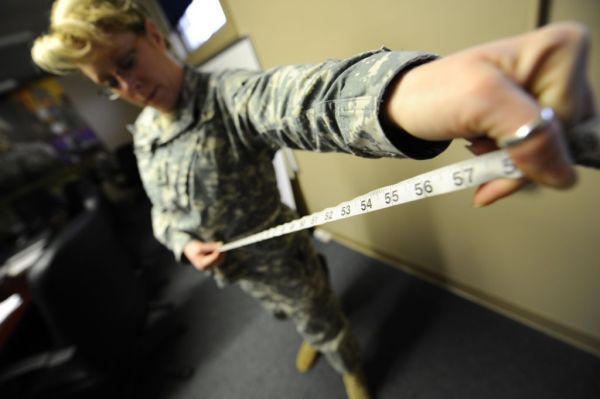 We drank the holiday Kool-Aid, and now we’re full of warmth, cheer, and yes, sweets. We’re feeling optimistic as January approaches. This is totally the year we’re going to save money, meditate, or learn to speak French.

But the stats aren't in our favor: Fewer than 10% of people who make New Year’s resolutions actually keep them. “It’s just a wish,” says Edwin Locke, Ph.D., one of the pioneers of goal-setting theory. “If you’re going to be serious, you have to plan, keep records, and you may even need outside help.”

The good news is that Locke and other researchers have conducted decades of research to figure out the foolproof way to make and achieve goals. All that science boils down to seven steps, which we've shared below.

One question to ask before you get started: Are you ready? Sure, it sounds obvious or even a little silly, but you really need to figure out if you’re prepared to make a change, says Caroline Adams Miller, a goal-setting expert and author of “Creating Your Best Life.” If the answer is “yes,” start with step one below:

If you’re picking a self-regulation goal — one where you have to keep saying no to yourself, such as drinking less coffee or cutting down on sweets — it’s important to focus on just one thing. “Self-regulation is a limited resource,” Miller says. “We wake up with a certain amount and it gets depleted when you call upon it.” That’s why it’s easy to pass on the donut at breakfast, but not so simple to say no to the bag of chips while watching TV after work.

2. Make it specific and challenging.

Once you settle on a goal, make sure it’s not too easy. Sure, it feels great to cross something off our checklist and know we’ve completed what we set out to accomplish, but if we lowball our goals, they aren’t motivating, Locke says. Study after study has shown that the goals we stick with are specific — preferably something that can be measured — and challenging.

3. Ask: Are you learning or doing?

Now that you’ve got a concrete goal, it’s time to figure out if this is something you already know how to do or something you need to learn. Say you’re trying to save money and you know you want to have $2,500 in the bank by the end of the year — that’s something you’re doing. Tracking your progress on this is fairly easy.

If you still need to figure out how much money you want to save or even the best way for you to save money, you’ve got a learning goal. Metrics are much harder on this. It requires more guess and check. Maybe one meeting with a financial planner is just what you need, or maybe you want to take a full course. Miller says you need to keep asking: Is it working? Am I getting closer to achieving my goal?

4. Break it into smaller, short-term goals.

Keeping with the theme of saving money, your goal will seem a lot easier when you take something big (like saving $2,500 in one year) and break it into more manageable chunks (like saving $208 per month). That way you can keep tabs on your progress throughout the year, Locke says.

It sounds a little far-fetched and New Age-y to say we become the average of the people we surround ourselves with. But there’s solid science to back up it up! It's called the social contagion theory, the idea that the people around us have a major influence on how we act. If you want to lose weight, it doesn’t help to hang around people who love fast food, and if you want to save money, it’s best to limit time with friends who like to go shopping, Miller says.

Hanging around the right people is only half of setting yourself up for success. You also need to surround yourself with the right things. That means getting rid of tempting triggers while also adding cues to remind us of our long-term goals. Computer passwords are a perfect example. (Serena Williams is known for doing this.) If you’re saving up for a trip to Paris, your password could be “France2016,” Miller says.

Feedback is an essential part of successfully achieving your goals. Part of that can involve metrics — did you save the money you said you would this month? But it also helps to have people around who keep you honest, Miller says. That could be a walking buddy or a standing date with a friend to hang out at home on Friday night instead of spending money at a restaurant or bar.

This article, “The Science-Backed Way to Keep Any New Year's Resolution” originally appeared on Greatist.