Head pounding, stomach in a knot, breath that smells like a dead cat's asshole. If you suffer from these symptoms,... 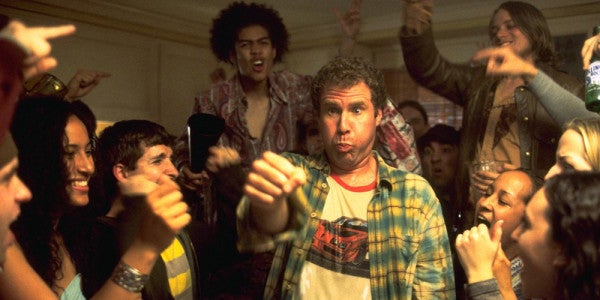 Head pounding, stomach in a knot, breath that smells like a dead cat's asshole. If you suffer from these symptoms, then you probably got hammered last night, and are now hungover as hell.

We’ve all been there, and through our drinking careers, each person learns to identify and remedy the ailments that follow a night of drunken debauchery. We all have our trusty solutions, but some of them are less reliable than you’d think. We drew on our own experiences with boozing, and then vetted our hangover cures through other articles and a medical professional to see which ones are total bullshit, and which ones will save your life come the weekend.

Saint Patrick’s Day is right around the corner, and for many, that means a day of drinking whiskey, green beer, and stuffing your face with cabbage, corned beef, and soda bread. Dr. Ralph Holsworth, a board-certified osteopathic family medicine physician and director of clinical and scientific research for Essentia Water, spoke with us about what you can do to avoid kneeling at the porcelain throne come March 18, and why some of these tricks of the drinking trade work better than others.

A hangover isn’t actually punishment for your bad karma, though it feels like it sometimes. You’re just dehydrated. Really fucking dehydrated. Part of the reason so many people get hit so hard is that they’re already dehydrated before they start drinking.

“Really a hangover is just the signs and symptoms of dehydration; of a body trying to rid itself of a toxin. That’s going to challenge your liver, your kidneys and 90% of the alcohol goes into the bloodstream” Holsworth explains, adding that drinking about 12 ounces of water for every beer, shot, or glass of wine you drink will keep you hydrated and drunk. That’s a win-win.

Eat bacon, or soda bread if you want to keep it traditional.

It’s hard to resist the 2 a.m. drunk munchies, and fortunately, you shouldn't. In fact, you should eat a bit before you got out too, and we’re not talking about salads or fruit, or any of that crap. I mean fries, bacon, bread. The good shit.

Having a small portion of fatty food — appetizer-sized — in your stomach while you’re drinking slows the absorption of alcohol, which will keep you from getting trashed too quickly, and will help you stave off a hangover. Just don’t eat too much. If you get too full your body empties the stomach contents more quickly into the small intestine where alcohol is more quickly absorbed, Holsworth says.

“Pain relievers like acetaminophen, or Tylenol, can increase liver toxicity especially after it’s been irritated by alcohol consumption,” Holsworth says.

Based on conventional stoner wisdom, if you need to cure a bad headache, nausea or the aches associated with a rough hangover, pack a bowl. It won’t solve the underlying dehydration problem — though you should drink lots of water anyway to prevent cotton mouth — but it offers solid relief, and unlike painkillers, won’t make the problem worse.

Stick to booze without a lot of salt.

If we’re talking about Saint Patrick’s Day, you should be knocking back shots of whiskey and downing stout beers, but if you decide to throw a martini or a margita into the mix, do it with caution and care. The reason: Drinking salt with alcohol allows a small valve between your stomach and small intestine to be left wide open, which lets alcohol get absorbed into the gut more quickly, which means you’ll get more drunk than you intended, faster than you meant too, and boom, you’re hungover the next day.

This also means that myth about pickle juice being a hangover cure is exactly that: A myth. Really though, who the hell wants to down a jar of pickle juice in between dry heaving?

Drink a beer the morning after.

Ahh yes, “hair of the dog that bit you.” There’s a lot of different camps when it comes to this. Holsworth noted that he hasn't seen any evidence to show that it actually works, from a medical standpoint. Though some have argued that drinking a beer or cocktail the next day might help your body generate enzymes that help break down alcohol. Meanwhile others say that’s absolute bullshit. Both arguments are covered here, by the Smithsonian.

But, there’s one thing nobody can dispute: If you get drunk again, you’re no longer hungover. Check and mate.

If all else fails grab an IV bag.

If you’ve ever been hospitalized for drinking, or anything else really, then you’ve had an IV drip. And if you’ve been an enlisted service member living in the barracks with a medic or a corpsman for a roommate, or a friend, you may have had one too, especially after a heavy night of partying.

“Just general IV hydration, what’s going on there is that we’re bypassing the gut and we’re ensuring that the saline, is getting inside the vein,” Holsworth says. “A lot of the time if you take things orally. … The water does not get absorbed appropriately and get inside the blood vessels. When you give it intravenously, there’s no question about it.”

This helps to increase blood flow, blood pressure, and gets your kidneys back up and running. IVs are actually so effective, that there’s a burgeoning industry aimed at sending doctors and nurses to your house to give you one for a hangover. It’s not cheap though, so maybe save this tactic as a last resort.