The Army Is Getting A Brand New Combat Helmet

For the first time in 15 years, the Army’s Advanced Combat Helmet is getting an upgrade. Since 2015, the Army... 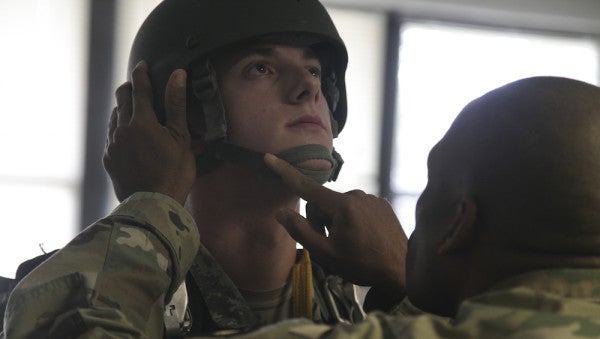 For the first time in 15 years, the Army’s Advanced Combat Helmet is getting an upgrade.

Since 2015, the Army has been on the lookout for a new combat helmet to “support Soldier modernization and defeat or mitigate the effects of fragmenting munitions and ballistic threats equal to or greater than a currently fielded [Advanced Combat Helmet].” Which, in plain English, means it was looking for a better helmet.

That search is finally over. On Mar. 8, headwear company Revision Military was awarded $98 million to provide 293,870 units of the Advanced Combat Helmet Generation II. The new version of the helmet boasts four-point retention and a pad suspension system, which attaches to the shell with ballistic-resistant hardware. The best part, according to the little information currently available: its design is 24% lighter than the previous model, which means your neck won’t be as strained from having to support your big head and a heavy helmet.